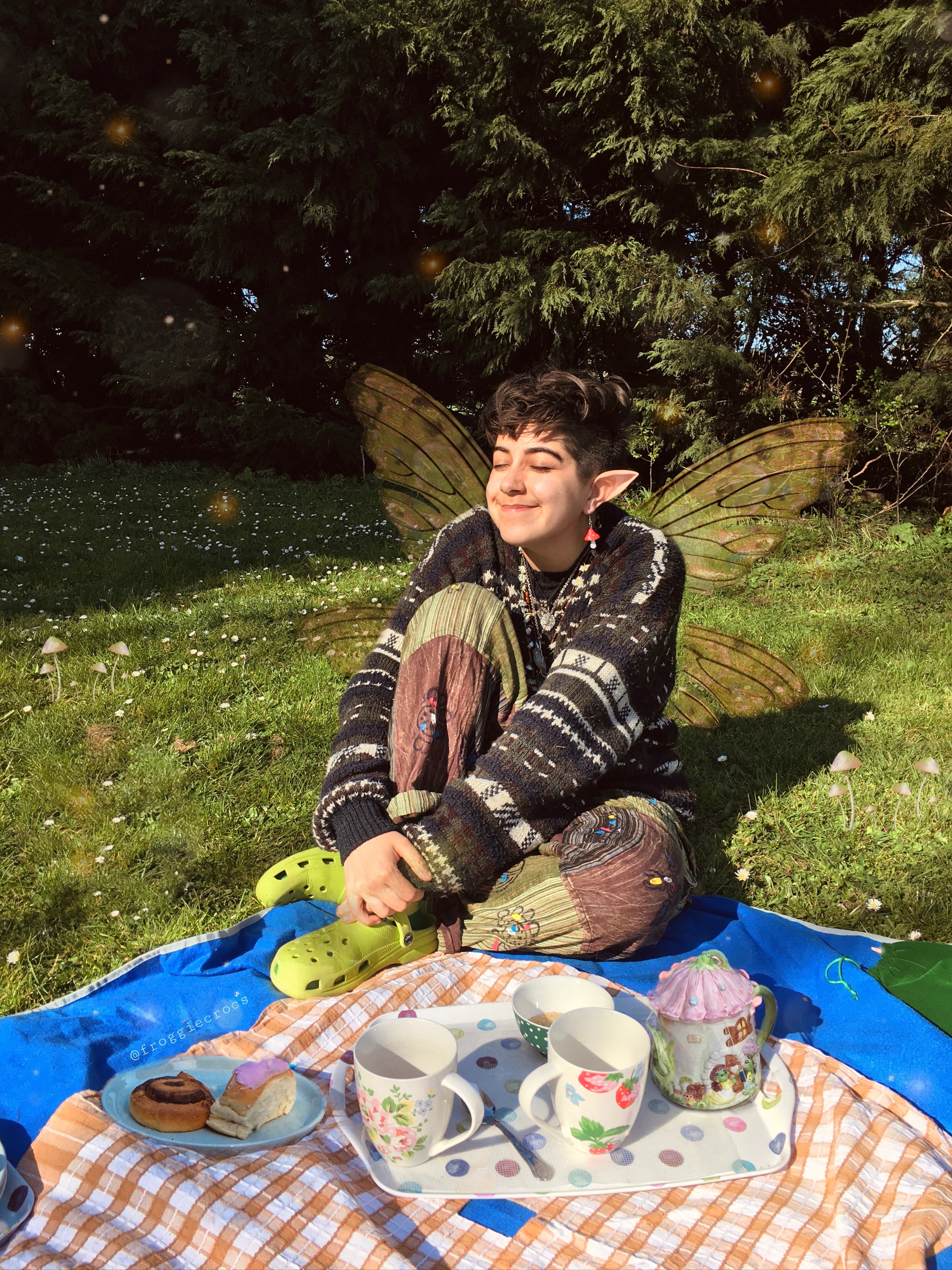 Since its launch in the US in 2017, TikTok has become the Ripley’s Believe It or Not of social media platforms: its allure is largely derived from the unexpected people, places and things that its algorithm transforms into viral sensations. In the fashion community, especially, it has enabled the proliferation of countless “style tribes,” each with their own visual identity and ethos. “Social-born aesthetics are certainly not new, but in the last year, they’ve captivated the masses,” Cassandra Napoli, a strategist at the trend forecasting agency WGSN, said. As TikTok use skyrocketed over the pandemic, these microcosms became one of the app’s main attractions.

Many of these tribes are grouped by a hashtag with the “core” prefix, which (when attached to a noun) denotes a corresponding aesthetic community. In 2020, the pastoral-inspired #Cottagecore community—known for wearing billowy, vintage garments in lace, paisley and gingham while engaging in domestic, rural activities, like petting farm animals, baking muffins or going on picnics—dominated the app. But weirder, more specific identities are really where TikTok shines. Take #Goblincore: this nature crazed style tribe marries fantasy fashion (reminiscent of The Hobbit) with “grandpa” sweaters and other goofy garments, like suspenders and overalls. TikTok “Goblins” typically wear weathered clothing in clashing patterns and have a known affinity for frog motifs and mushroom foraging. They’re not to be confused with the primary-colored, balloon-filled, LGBTQ-centric world of #Clowncore, whose genderless aesthetic pulls from the outfits of mimes, court jesters, and clowns throughout history. #Clowncore users have fascinated (and frightened) users online with their maximalist make up looks, oversized silhouettes and unruly, dyed hair.

“Core” aesthetics, however, are just the tip of the iceberg. Many TikTok style tribes are amalgamations of past musical subcultures, like #EBoy which marries grunge and emo fashion with anime and video game influences. The look, which typically includes black nail polish, mismatched earrings, split-dyed hair, and black and white striped clothing, inspired Celine’s SS21 campaign last year. Other groups are inspired by nostalgia for specific time periods, like the Ed Hardy, Von Dutch and Oakley clad members of the #McBling community, who recreate the bedazzled, flip-phone fashion days of the early aughts. Subcultural styles that were once unique to specific countries, like Japanese #Decora (a childlike and cartoonish aesthetic based on excessive “decoration,” in the form of layered, rainbow accessories and jewelry), are thriving in the digital sphere, where national borders are obsolete.

These communities, which manifest as a “channel” of themed videos united by a hashtag, are not only readily accessible to all TikTok users, but also dramatically inclusive. Many include helpful tutorials, which explain how to style or align yourself with the aesthetic of your choice. A search for #Darkacademia, a subset of fashion inspired by Harry Potter and the mid-century collegiate style of prestigious universities, yields videos of literature students who advise viewers on where to find vintage earth-toned turtlenecks, sweater vests, and loafers. And inclusivity has lent itself to unending specificity. If dark colors aren’t your thing, there’s always #Lightacademia. If you’re studious, but also creative, there’s #Artacademia. And given the popularity of hilariously precise subsects like #Pastelgoth and #Birate (short for bisexual pirate) there’s clearly no such thing as too niche on TikTok. “What makes TikTok so special is the ability for people to discover, interact with and even join niche communities they didn’t know about before they joined the app,” said CeCe Vu, who leads TikTok’s fashion and beauty partnerships.

These style tribes are more than entertaining cultural curios. Their global reach, youth appeal (Gen Z makes up 60% of the platform’s usership), and rapid innovation have helped make them some of the fashion industry’s most powerful trendsetters. “Just a few hashtags that demonstrate the reach of niche communities include #Cottagecore (5.8 billion views), #Altgirl (1.3 billion views) and #Femboy (779 million views.),” Vu said. These popular style tribes aren’t only changing the way people dress, but also inspiring a broader cultural shift in our perception of the value (and acceptability) of alternative style.

Niche aesthetic communities are not unique to TikTok, but their power and popularity on the app do feel unprecedented. The staff of the Aesthetics Wiki, a digital “encyclopedia of online and offline aesthetics” said that although niche aesthetic communities tend to do better on image-sharing websites (given that video creation is far more time-consuming), fashion aesthetics are a notable exception. “TikTok actually tends to be one of the better hubs of aesthetic fashion on the internet,” the Wiki staff said.