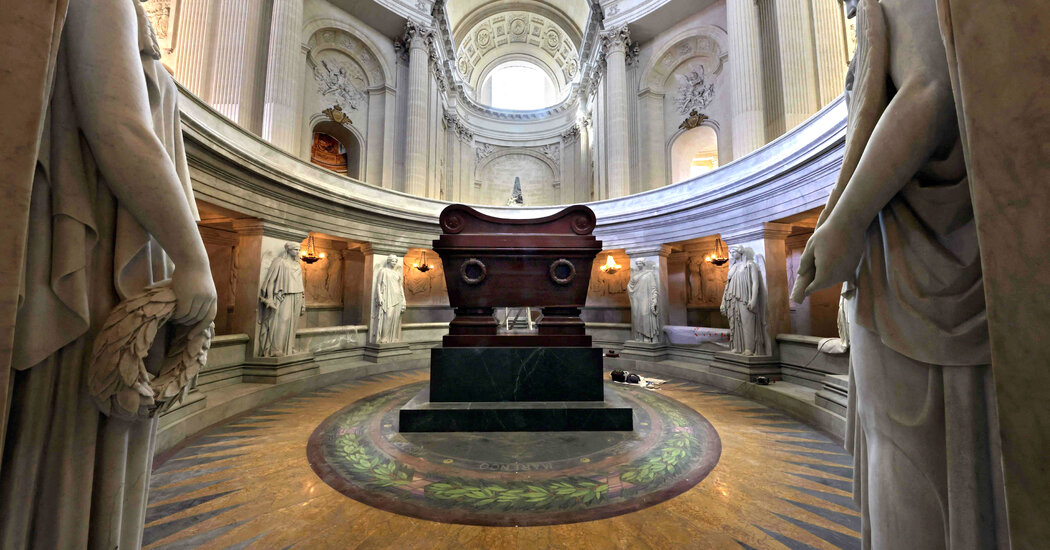 Featured Article: “France Battles Over Whether to Cancel or Celebrate Napoleon” by Roger Cohen

When President Emmanuel Macron of France laid a wreath at Napoleon Bonaparte’s tomb on the 200th anniversary of his death, he entered into a heated debate about whether to celebrate or reject the former emperor.

In this lesson, you will learn about the different perspectives through which people have come to understand Napoleon’s legacy and why his actions from hundreds of years ago are stirring up controversy today. Then, you will debate to what extent we should commemorate actions by historical figures that have been both celebrated and criticized.

What do you know about Napoleon Bonaparte? Take a minute to jot down words, phrases and images that come to mind when you hear his name or think about France in the late 1700s and early 1800s. Do you think of Napoleon as a hero, a harmful figure, both or neither? Why?

Watch the five-minute video “History vs. Napoleon Bonaparte,” from TED-Ed. The video asks the question: Did Napoleon save the French Revolution or destroy it? As you watch, record the two sides of the argument by taking notes in two columns: “saved the revolution” and “destroyed the revolution.”

After watching the video, which perspective do you agree with more? Why? If you’re not yet ready to take a side, what more do you want to know about Napoleon, his actions and the time period he lived in?

Read the article and then answer the following questions:

1. What was “risky” about President Emmanuel Macron’s decision to lay a wreath at Napoleon Bonaparte’s tomb?

2. What are the two main ways that Napoleon, and his legacy, are understood today in France?

3. What do those who are against celebrating Napoleon think should happen to his remains and Les Invalides, where his remains are held? What are their reasons for taking that position?

4. What is Napoleon’s connection to slavery in France and in French regions and former colonies?

5. Roger Cohen, the writer of the article, compares conversations happening now about Napoleon’s racism, misogyny and imperialism to similar ones happening in the United States about Thomas Jefferson and in Britain about Winston Churchill. In what ways are these figures similar and different? Can you think of other historical figures whom people are challenging in similar ways where you live?

6. In what ways has Mr. Macron encouraged people to look critically at France’s colonial past? Do you think his laying a wreath at Napoleon’s tomb goes against those actions? Why or why not?

7. How do Guadeloupians feel about Napoleon, according to Josette Borel-Lincertin, the Socialist president of the departmental council in Guadeloupe? Why?

8. Why has Napoleon become more relevant in France during the pandemic? What are the things that those who admire him value about him and his legacy?

Where do you land in this debate? Draw on the notes you took from the video in the warm-up activity, as well as what you learned from the article, to support your position. Then, in writing or a class discussion protocol, like a Fishbowl, respond to the following questions:

Extension: Who is a figure in your country’s history who is polarizing to people today? The article mentioned Thomas Jefferson and Winston Churchill; are there other historical figures you know who people have both celebrated and criticized? Engage in a debate about this person’s legacy using the prompts above.