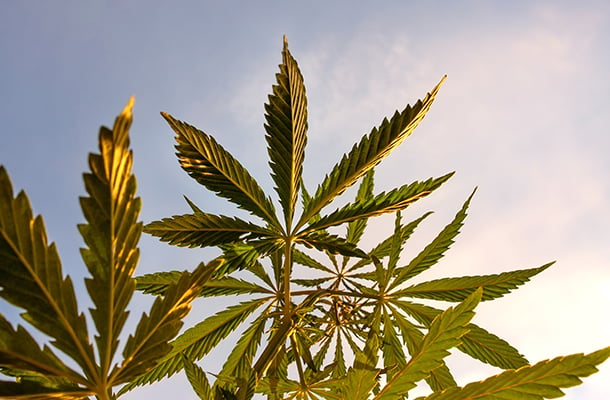 In April, I wrote about the murky legality of hemp-derived Delta-8 tetrahydrocannabinol (Delta-8 THC), cautioning any companies wishing to enter this market of the potential risks associated with dealing with this trendy cannabinoid. In the same piece, I also emphasized the importance of gaining a thorough understanding of the relevant state laws before engaging in these activities to ensure compliance with all applicable laws and regulations.

Now, just four weeks following this publication, these recommendations seem particularly relevant as a growing number of states have passed legislation or have released policy statements clarifying that the manufacture and sale of Delta-8 THC and its derived products are illegal within their borders. To date, 15 states have deemed the most popular cannabinoid to be unlawful. These states include Alaska, Arizona, Arkansas, Colorado, Delaware, Idaho, Iowa,  Kentucky, Mississippi, Montana, Oregon, Rhode Island, Utah, Vermont, and Washington.

Many of these state bans stem from the conclusion that federal law treats Delta-8 THC as a schedule I controlled substance under the federal Controlled Substances Act (CSA). This is because the cannabinoid, which is not expressed in sufficient concentrations in most hemp cultivars to make its extraction economically viable, is produced through isomerization, a chemical reaction that combines hemp-derived CBD with a solvent, acid, and heat. As such, Delta-8 THC is likely treated as a “synthetically derived THC” substance, and thus, illegal under federal law.

In addition, state regulators are concerned with the regulatory gaps surrounding Delta-8 THC and its derived products. Specifically, they fear that these products, which are unregulated, and thus, more susceptible to being unsafe for human consumption, have become widely available, including to children.

Interestingly, these state bans have polarized the hemp industry.

A segment of hemp stakeholders, including the U.S. Hemp Authority, an organization that creates regulatory standards and certifies hemp businesses through third-party auditing, welcomes these recent legislative and regulatory changes as they fear Delta-8 THC has the potential to destroy years of efforts convincing lawmakers that hemp is a nonintoxicating, versatile commodity that offers a wide range of commercial opportunities for farmers, manufacturers, distributors, and retailers. Indeed, Delta-8 THC is primarily coveted for its psychoactive effects, so it is easy to see how the substance could further stigmatize and bring down the entire industry before it has an opportunity to show the plant’s full potential.

On the other hand, supporters of Delta-8 THC and of its tremendous financial opportunity for hemp businesses — many hemp stakeholders, particularly farmers, have found a new sales avenue after oversupply devastated the hemp biomass and CBD markets — argue that these bans totally disregard the legalization of hemp and of its derivatives under the Agriculture Improvement Act of 2018 (2018 Farm Bill). Though it is true that the 2018 Farm Bill broadly defines “hemp” to include hemp isomers and derivatives, which it legalized by removing the term from the CSA, it also seems clear that the federal law did not intend to legalize any form of cannabis that gets users high, as reflected in the provisions imposing a Delta-9 THC limit of no more than 0.3%. So while a literal reading of the 2018 Farm Bill suggests Delta-8 THC is legal, its context implies that it violates the spirit of the law.

But whether you agree with this opinion and the decisions made by the 15 state legislators and regulators discussed in this piece, one thing is certain: the language of the 2018 Farm Bill has created lingering confusion and statutory ambiguities surrounding hemp, its derivatives, extracts, and cannabinoids, including the murky legal status of hemp-derived Delta-8 THC, which should be clarified by its author, Congress.

Nathalie practices out of Harris Bricken’s Portland office and focuses on the regulatory framework of hemp-derived CBD (“hemp CBD”) products. She is an authority on FDA enforcement, Food, Drug & Cosmetic Act and other laws and regulations surrounding hemp and hemp CBD products. She also advises domestic and international clients on the sale, distribution, marketing, labeling, importation and exportation of these products. Nathalie frequently speaks on these issues and has made national media appearances, including on NPR’s Marketplace. For two consecutive years, Nathalie has been selected as a “Rising Star” by Super Lawyers Magazine, an honor bestowed on only 2.5% of eligible Oregon attorneys.  Nathalie is also a regular contributor to her firm’s Canna Law Blog.

Associate Raises Are Still All The Rage — See Also