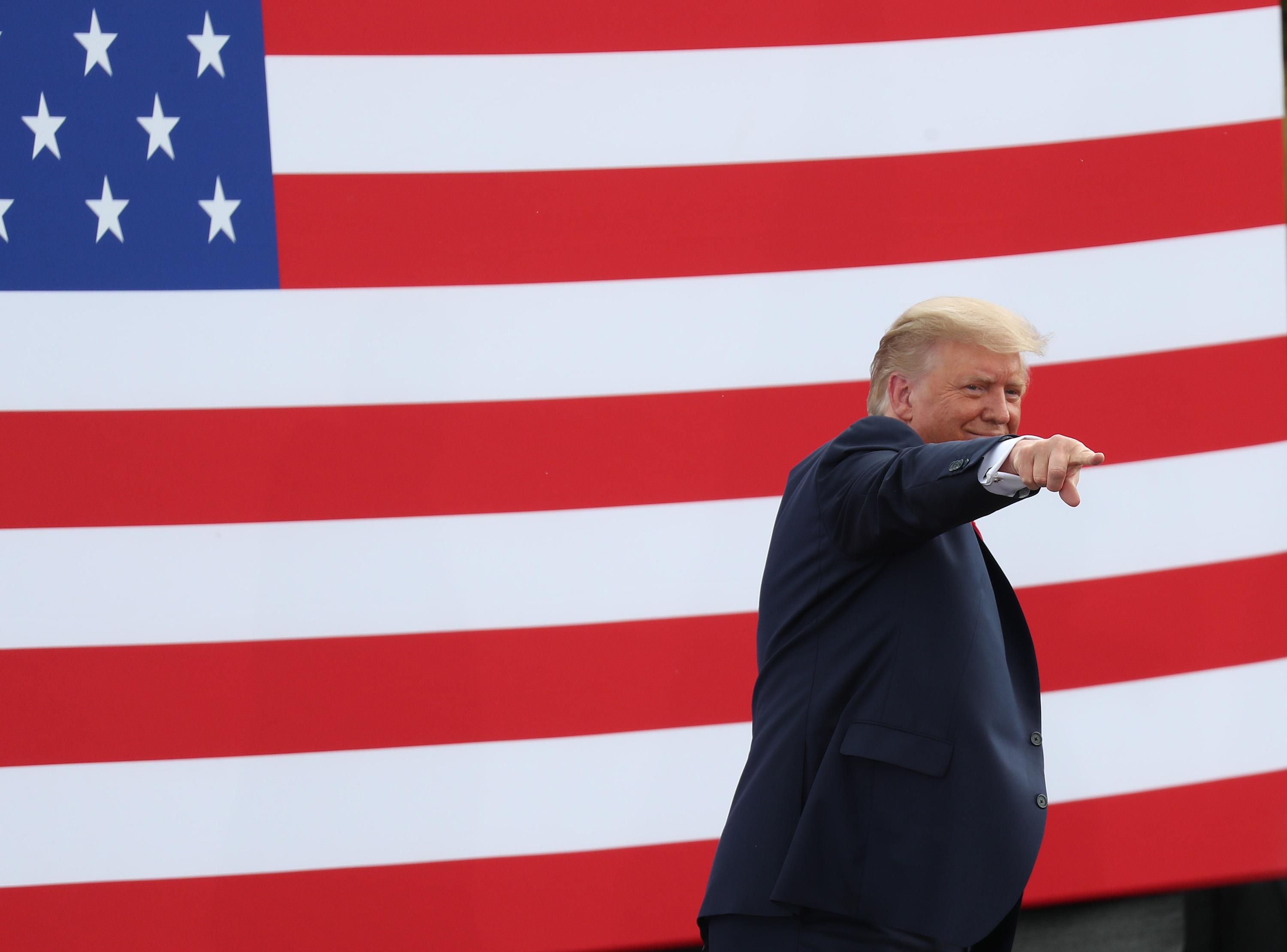 Yes, the president has been persona non grata on social media after almost every major platform banned him in the wake of the Jan. 6 insurrection, an event that Trump partly fueled through his digital presence. There was a chance he might get back on Facebook soon. But on Wednesday, the company’s oversight board announced its decision up Facebook’s expulsion of the president, making any return—and certainly an immediate return—appear unlikely.

Republicans wasted no time decrying the board’s verdict. Sen. Marsha Blackburn, of Tennessee, labelled it “extremely disappointing,” while House Minority Leader Kevin McCarthy, of California, said Facebook “is more interested in acting like a Democrat super-PAC than a platform for free speech and open debate.”

In the time Trump served as president and ran two presidential campaigns, his identity was intrixably linked with social media. He had over 100 million followers on Facebook and Twitter alone and enjoyed the unfettered access those sites and others offered: a chance to speak directly to his supporters. His removal was major blow, silencing him and denying him a key tool his Democratic—and GOP—rivals would have in any future politicals contests. But if Trump played the situation smartly, it wouldn’t necessarily have to be a bad a thing, Republican strategiests and veteran GOP operatives say.

As much as Trump enjoyed and expertly plied social media, many people outside his diehard base had grown tired of his online persona. And not just people on the left: moderates and ever-crucial swing voters.

When Sarah Longwell, a Republican critic of the president and founder of Longwell Partners, sat down for focus groups in the run up to the 2020 content, she heard something again and again. “His Twitter habit for edge voters was a net negative. It was the kind of thing that turned them off, the kind of thing that seemed on presidential,” says Sarah Longwell, founder of Longwell Parnters. When she sat down to conduct focus groups in the run-up to the 2020 race, she heard something again and again: “Among swing voters, especially women, it was one of the things I heard all the time about why they were thinking about not voting for Trump—even though they didn’t like Joe Biden.”

The suggestion of staying off social media does fly in the face of core principles in polticial campaigns since Obama versus McCain: namely, be on social media and use it to dissemenate your unfiletered message—something Trump did skillfully ahead of 2016. “It’s a critical part of being able to drive the conversation. And Donald Trump is probably one of the main reasons that that’s the way candidates act from from here on out,” says GOP stragiest Liam Donovan, who helped Republicans retake Congress during the Obama years. “I think he’s among the first people to really seize that mantle and use a direct megaphone to go over and around any kind of media gatekeepers.”

Purposefully ignoring social media would be unconventional. But if Trump embraced the bans, he would not only cut back on tendencies that turned off voters, he’d also be receiving prime talking point for the campaign trail should he run again in 2024. Where he once marketed himself on a platform of greviances against elites in Washington, he could refocus around a similar anti-power sentiment directed at Silicon Valley rather than the Swamp.

“The politics of grievance and the ban and fighting with the media is wholly consistent with Trump’s kind of style. Before it wasn’t with Twitter and Facebook—but it was with CNN,” says Alex Vogel, president of the Vogel Group and former chief counsel to Republican Senate Majority Leader Bill Frist. For the record, Vogel says he wouldn’t counsel Trump to go this route, but he does see how it could appealing to the former president.

“The ban could be a central part of the narrative: the us-versus-them narrative,” Trump’s common-man supporters against the liberal establishment, Vogel says. “That the common person has been locked out. That, look, ‘These elites decide what you can watch and see because they’re afraid of me, of my message, of my policies. And the only way for them to stop it is to literally make it so we can’t communicate with you.’”