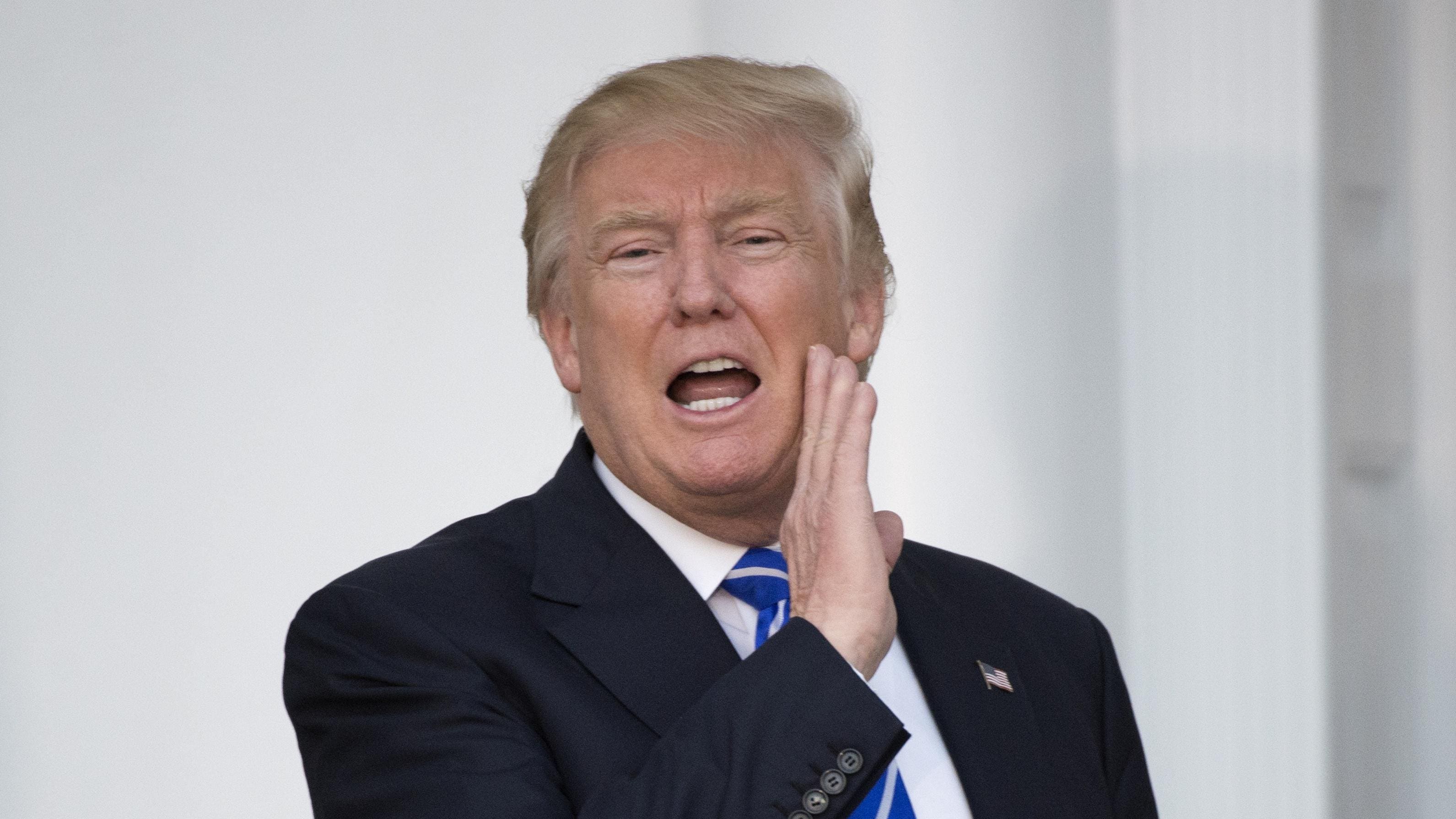 Twitter has suspended an account created to share posts from a website recently launched by former President Donald Trump, claiming the new handle is an attempt to bypass the suspension of his personal account, in the latest move by a major social media company limiting Trump’s ability to spread his message.

The new site, “From the Desk of Donald J. Trump,” went live Tuesday, as did its accompanying Twitter handle, @DJTDesk.

By late Wednesday night, the account had been suspended.

Two days after the deadly chaos at the Capitol on Jan. 6, which claimed the lives of five people, including a D.C. police officer, Twitter announced the permanent suspension of Trump’s personal account “due to the risk of further incitement of violence.” The company explained that they determined Trump had violated their Glorification of Violence Policy. YouTube and Facebook also banned the president in the immediate aftermath of the riots. On Wednesday, Facebook’s oversight board upheld the company’s decision to ban Trump. Yet, it ruled it was not “appropriate” to impose an indefinite ban, stating Facebook has six months to either restore the account or make his suspension permanent. Trump quickly lashed out. “What Facebook, Twitter and Google have done is a total disgrace and an embarrassment to our Country,” he said in a statement. The former president also declared social media companies should “pay a political price” for attempting to “destroy and decimate our Electoral Process.” In a video announcing his new site Tuesday, Trump said his new platform would serve as “a place to speak freely and safely.”

According to Fox News, Twitter temporarily suspended the account of Karoline Leavitt, communications director for Rep. Elise Stefanik (R-N.Y.), late Wednesday before reinstating it Thursday morning. “The only reason I can think that Twitter would have suspended me is that I followed several Republican members of Congress and GOP activists at once last night, and within minutes, my account had been suspended,” Leavitt told Fox. The account was suspended “in error,” a Twitter spokesperson told Fox.

“Free Speech has been taken away from the President of the United States because the Radical Left Lunatics are afraid of the truth, but the truth will come out anyway, bigger and stronger than ever before,” Trump said in a statement Wednesday.

Trump, Republicans Vow Facebook Will Pay A Price For Upholding His Ban (Forbes)