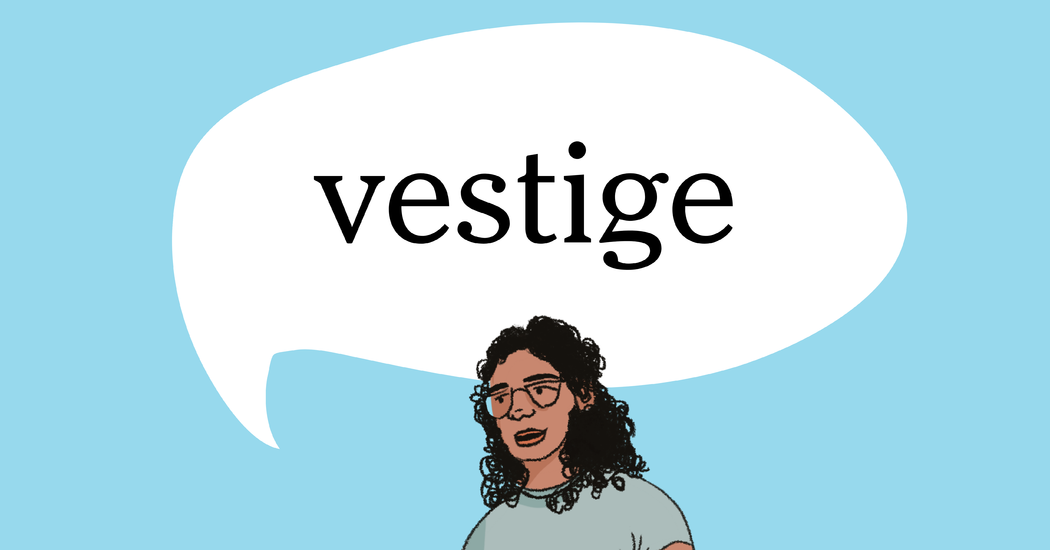 : an indication that something has been present; a trace

The word vestige has appeared in 52 articles on NYTimes.com in the past year, including on April 27 in “A Billion-Dollar Battle Over a Parking Lot at the Seaport” by Michael Kimmelman:

The other morning I boarded a No. 2 train to check out a parking lot at the South Street Seaport Historic District.

You might ask how a landmarked oasis of quaint Americana came to include a huge surface parking lot that leaves a bizarre no-man’s land between the low-rise 19th-century storehouses lining Water to the east and the modern skyscrapers of Lower Manhattan, west of Pearl.

Can you correctly use the word vestige in a sentence?

If you want a better idea of how vestige can be used in a sentence, read these usage examples on Vocabulary.com.