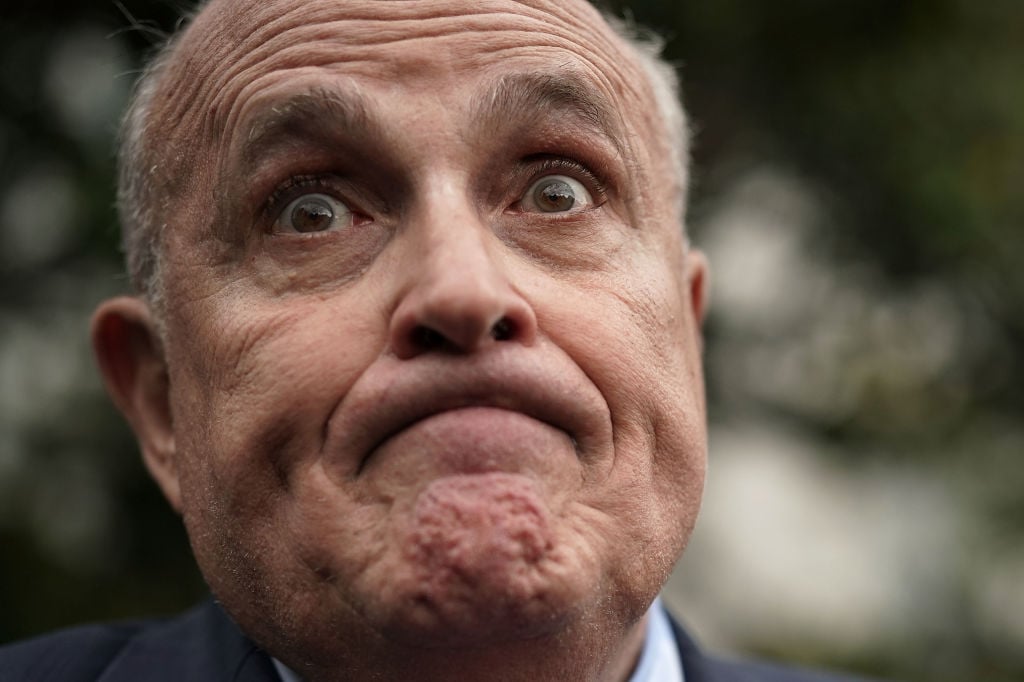 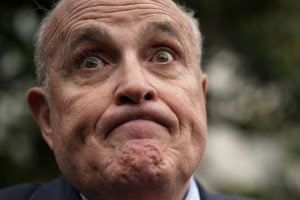 Rudy Giuliani had a rough weekend. After the FBI woke him up to serve him with a warrant for his electronic devices, Donald Trump’s lawyer has found himself front page in every news paper as revelations about the federal investigation into his Ukrainian hijinks leak out.

Rudy’s reputation has gotten so bad that even a shady oligarch like Dmitry Firtash, currently facing extradition from Vienna to the United States on bribery charges, is very hot to let the world know that he’s not with Rudy. Federal prosecutors have described this guy as belonging to a cadre of “upper-echelon associates of Russian organized crime,” and still Firtash is scrambling to put some distance between himself and the former president’s clown lawyer.

In 2019, Firtash told the New York Times that Giuliani approached him with a deal to get the Justice Department to drop the case against him in return for dirt on Joe Biden. Giuliani told him to fire Lanny Davis, his Democratically aligned attorney, and replace him with Victoria Toensing and her husband Joe diGenova, conservative media stars who worked with Giuliani to advance his bogus claims about the current president. Firtash did what he was told, and indeed Toensing did manage to secure facetime with then Attorney General Bill Barr to discuss Firtash’s case.

But that was then, and this is now. As Talking Points Memo points out, Firtash has given Toensing, who also got a visit from the DOJ’s cellphone collection squad, the boot. He’s back with Davis, who put out a statement Friday with his colleague Dan Webb denying any involvement in the search for dirt on Joe Biden and his son.

“Mr. Firtash never authorized anyone on his behalf to have any involvement in an investigation about the Bidens in the Ukraine,” they insisted, despite the fact that Rudy and his allies spent a year waving around an affidavit from a disgraced Ukrainian prosecutor claiming that he was providing testimony  “at the request of lawyers acting for Dmitry Firtash … for use in legal proceedings in Austria.”

Claiming that their client was “‘sucked into’ this internal U.S. fight without his will and desire,” Davis and Webb maintain that Firtash steadfastly refused to participate in any “dirt-digging efforts.”

“Doing so might have helped Mr. Giuliani … but it would not have helped him with his legal problems,” the wrote.

Mr. Firtash’s new-old attorneys failed to explain how their client’s name wound up on that affidavit. Or how Giuliani’s buddy Lev Parnas, currently under federal indictment himself, wound up with a $1 million loan from Firtash’s lawyer. Or exactly why he needed Parnas as a “translator” when he was working with Toensing and diGenova. The important thing is that “he did not have any information, did not collect any information, and did not finance anyone who would collect that information.”

And that no one think he has anything at all to do with that incompetent reprobate Rudy Giuliani.