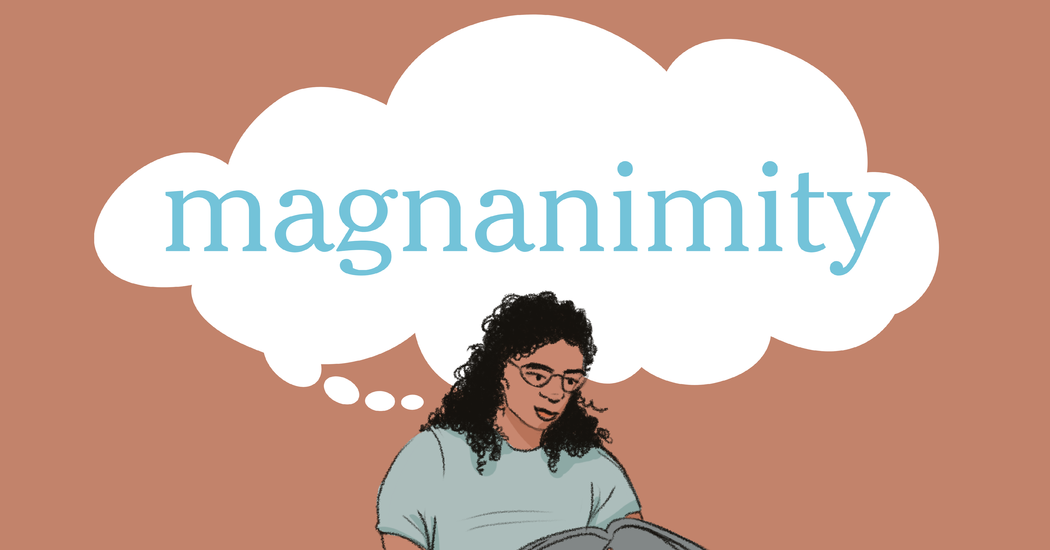 : extreme generosity of spirit that brings about a sense of nobility or calmness

The word magnanimity has appeared in 15 articles on NYTimes.com in the past year, including on April 22 in “Jordan Releases 16 Accused in Alleged Plot, Soothing Royal Rift” by Rana F. Sweis and Patrick Kingsley:

AMMAN, Jordan — Sixteen people accused of a plot to foment unrest in Jordan this month were released from custody on Thursday pending further investigation, a military judge announced, marking a new chapter in an unusually turbulent episode in the normally placid kingdom.

… The move on Thursday appeared to be aimed at restoring Jordan to some degree of normality. At the time of the arrests several weeks ago, the government had hinted of a foiled coup attempt. But in a statement published shortly before the accused were released on Thursday, the king stressed that they had never posed an “imminent threat to the country, since the sedition, as I have said, has been stopped.”

In the same statement, the king also framed the release as a sign of his magnanimity.

“As a father and a brother to all Jordanians,” the king wrote, “and in this holy month of tolerance and solidarity, when we all wish to be with our families, I ask the relevant officials to look into the proper mechanism to have those who were misled into following the sedition, return to their families soon.”

Can you correctly use the word magnanimity in a sentence?

If you want a better idea of how magnanimity can be used in a sentence, read these usage examples on Vocabulary.com.