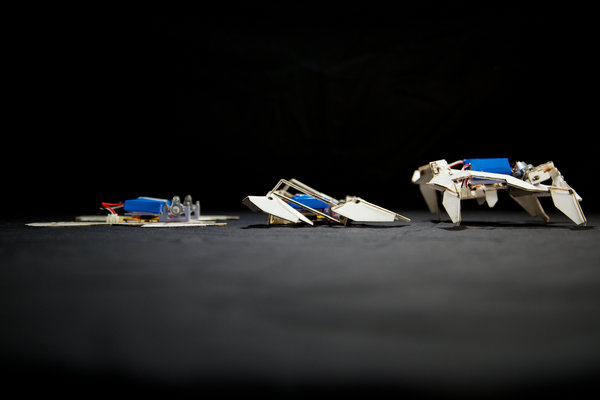 NASA’s Jet Propulsion Laboratory has the lead in origami space engineering. Origami, with its folds, compresses materials and packs them in the smallest of volumes. In the words of Robert Salazar, an intern at the laboratory, “origami offers the potential to take a vast structure and get it to fit within the rocket,” therefore “greatly magnifying what we are capable of building in space.”

Not only is origami used for compression, but it’s also used for robotic exploration. Starshade, an occulter in NASA’s Exoplanet Exploration Program, the New Worlds Mission, prevents starlight from interfering with exoplanet pictures that the telescope takes. Its unfolding resembles a flower blooming; the petals spread out from the “stem,” which disconnects from the occulter and transforms into an independent telescope. Jeremy Kasdin, the principal investigator, expects that the mission will “allow us to directly image Earth-size, rocky exoplanets.” Origami makes this expansion possible without investing the energy and resources to have a human astronaut manually perform the mission.

As seen in the Starshade occulter, origami is one of the simplest and most elegant sets of directions scientists can relay to robots. While robots can perform actions humans are incapable of, human instincts cannot be programmed into them. However, the mechanical nature of material folding makes directions far more accurate and precise for robots to understand. Origami serves as a common language robots can easily interpret in space. Self-folding robots, developed by Samuel Felton, an assistant professor at Northeastern University, and his team, are one of the first adopters of this language. Electricity passes through the circuit board like blood running through veins, and the robot walks away after bending its body parts. Dr. Felton believes such robots could be deployed in space missions in the far future.

Origami space engineering teaches us that difficult problems often have simple solutions. Science celebrates discoveries and breaking new ground. Less spotlight is shone on rediscoveries; what we already possess can be given a new lease on life if we believe in its potential. In space, the final frontier, origami engineering serves as a humble reminder for scientists that a kind gaze at our individual potential can unleash the ultimate frontier within all of us.