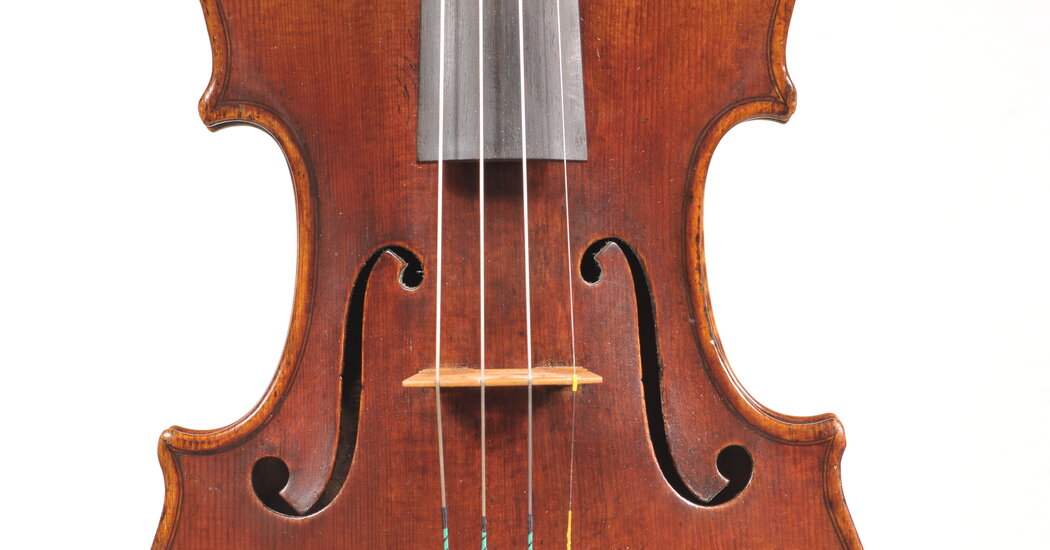 This essay, by Natalia Araña, 16, from Philippine Science High School in Quezon City, Philippines, is one of the top 11 winners of The Learning Network’s second annual STEM Writing Contest, for which we received 3,741 entries. You can find the work of all of our student winners here.

The towering walls of the concert hall are filled with anticipation as the audience holds its breath. Suddenly, a warm, colorful melody begins to play, filling the whole building with its majestic sound.

This is the magic of the world’s most famous violin — the Stradivarius, made over 250 years ago by Italian luthier Antonio Stradivari. Today, only a few hundred of these million-dollar violins are still in existence; even fewer are being used for performance. But what if we could travel back in time and find a way to remake its unique sound?

For years, many have tried to identify and recreate what makes the instrument so special. Yet for violinists, the Stradivarius remained superior. Recently, however, scientists were able to discover one of the culprits behind the mystery of why the Stradivarius was so hard to replicate — global warming.

“Nowadays, trees grow more rapidly and unevenly than during a very particular cold spell in the 17th century, when the wood for Stradivari’s instruments was felled,” explained scientist Francis W.M.R. Schwarze from the Empa Applied Wood Materials Lab.

During that cold climate, wood from European spruces was homogeneous: perfect for creating an instrument with a uniform structure. Today, as the global temperature increases, spruce trees grow wood with greater density. This negatively affects the properties of an instrument’s vibrations, which are also known as sound waves.

Sound waves, like tiny ocean waves, have crests and troughs with varying amplitudes. When the amplitude of sound waves traveling through a violin’s plate is large compared to the force on its strings, the instrument’s sound emission increases. To achieve this high plate amplitude, the wood used for the instrument must have a high radiation ratio: the ratio between sound velocity and density.

In order to let modern-day wood acquire this characteristic, Dr. Schwarze designed a different kind of time machine — an invention that could take us back to an era when wood growth and density were still untouched by global warming. How? By recreating the effects of the cold temperature on wood using a not-so-secret living weapon: white rot fungi.

For three months, Dr. Schwarze let these decomposers feast on the wood until its cells shrunk, letting the timber reach its optimal density without largely affecting the speed of sound travel through the material. The result? A higher radiation ratio that made the newly created “mycowood” one step closer to the resonance wood used by Stradivari — close enough, in fact, that most listeners in a blind test mistook a fungi-treated violin for the original Stradivarius!

With these positive results, this technology could provide musicians with accessible instruments made from high quality wood, even when the original material is lost to the past.

We have tried to replicate many things taken away by climate change, from the exquisite wood of the Stradivarius to the beautiful landscapes of nature. Although we can’t recover everything, researchers like Dr. Schwarze are continuing to find ways to restore the past as we carry on our battle for a more sustainable future.