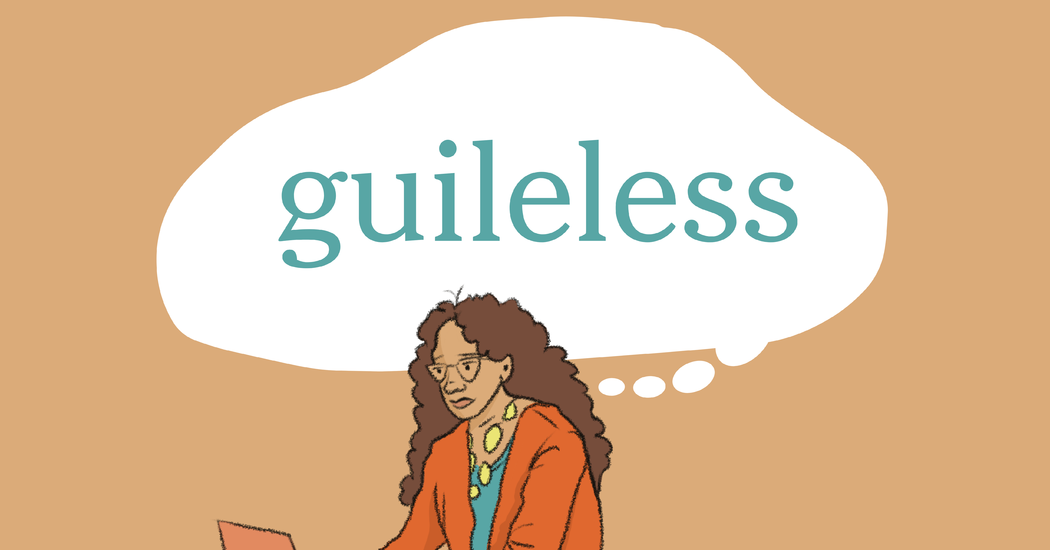 The word guileless has appeared in 12 articles on NYTimes.com in the past year, including on April 9 in “Taylor Swift Remade ‘Fearless’ as ‘Taylor’s Version.’ Let’s Discuss,” a conversation between New York Times critics and reporters, including Jon Caramanica, who stated:

Can we talk about state of mind a little? These are, by and large, songs that Swift doesn’t perform in concert anymore. They are relics, totems of a certain era. What must it be like to attempt to recreate not simply a vocal tone, but also an emotional underpinning? A woman in her early 30s getting in the head space of her 18-year-old self to sing about the awkwardnesses of her 15-year-old self. (All to ensure the financial health of her decades-in-the-future self.)

And that’s where the voice comes in, which can’t help but be different. Swift’s singing used to be guileless even when her words weren’t. But as she’s aged, her tone has thickened a bit, and now she tends to deliver lyrics with a bit of a knowing quasi-sigh, especially in her least produced songs. There are moments on these rerecordings where I hear a little bit of wisdom in the way certain syllables linger. It may be possible to mentally revisit the past, and even to bend your vocal cords in old ways, but it’s not possible to unlive the years in between.

Can you correctly use the word guileless in a sentence?

If you want a better idea of how guileless can be used in a sentence, read these usage examples on Vocabulary.com.