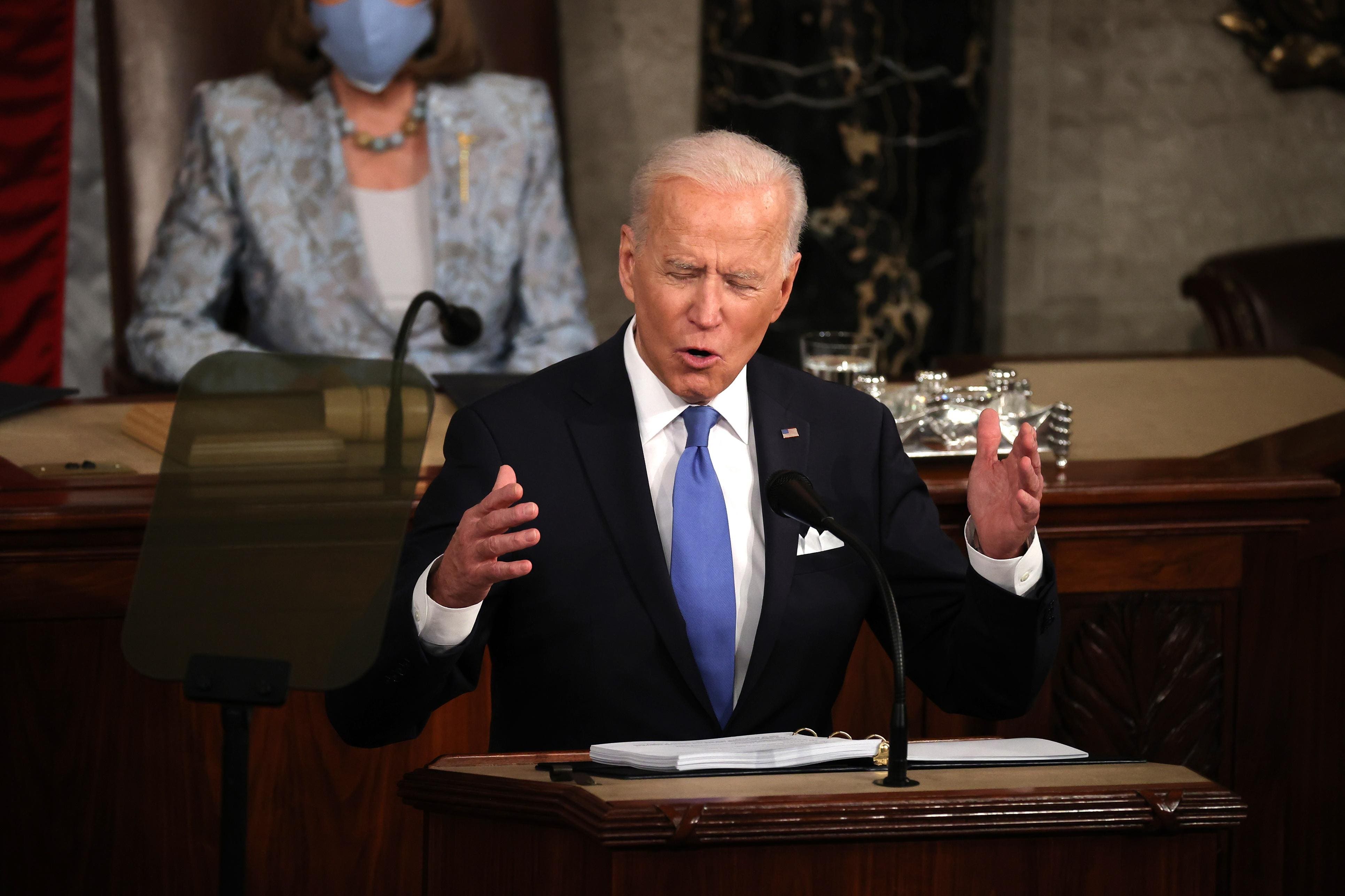 President Joe Biden made history on Wednesday evening as he made his address to a joint session of Congress for the first time, nearly 100 days into his presidency. The event was broadcast on TV and livestreamed online.

Even as the event began, comments began to post on the social media platforms, and President Biden received high praise from Democrats, as the hashtag #JointAddress began to trend, along with #HelpIsHere and #PresidentialAddress and Congress. There were more than 250,000 posts related to the address.

Rep. Debbie Dingell (@RepDebDingell) (D-Mich.) posted, “The Democratic Congress & @POTUS delivered on our promise to pass bold, comprehensive relief to meet the needs of the American people with the passage of the #AmericanRescuePlan.”

“‘A dose of hope’ are just the right words. The more people who are vaccinated, the closer we get to putting COVID behind us, and moving forward to better days. #JointAddress,” wrote Rep. Mike Quigley (@RepMikeQuigley) (D-Ill.)

It wasn’t just Democrats who responded to the address to a joint session of Congress, and called out President Biden for taking all the credit for the vaccine rollout. The hashtag #OperationWarpSpeed also began to trend on Wednesday.

Sen. Marsha Blackburn (@MarshaBlackburn) (R-Tenn.), also called out Biden’s vaccine claims, “Where is the praise for Operation Warp Speed? The scientists who made this happen? That is why we have success with vaccines. #JointAddress”

“President Biden touting getting vaccines in the arm was only possible because of President Trump’s #OperationWarpSpeed,” noted Rep. Judge Carter (@JudgeCarter) (R-Texas).

Rep. Tim Walberg (@RepWalberg) (R-Mich.) offered analogous thoughts about the vaccine claims, “The vaccine has been an incredible scientific achievement, and it’s thanks to President Trump and Operation Warp Speed for delivering on this promise. #JointAddress”

Senator Ted Cruz (@SenTedCruz) (R-Texas) also took aim at some of Biden’s claims. Cruz added, “The Real State of the Union: Joe Biden is trying to claim credit for America’s coming victory over the COVID-19 pandemic while only 9% of his $1.9 trillion COVID bill goes to actual COVID relief.”

Cruz added, “The Real State of the Union: Joe Biden has systemically embraced China. Biden’s Commerce Secretary refused to commit to keeping Huawei, a global espionage operation masquerading as a tech company, on the Entity List that blocks malign companies from getting access to US tech.”

Rep. Brooks further noted, “The Green Raw Deal is NOT infrastructure, it’s a trojan horse for more socialism. The American people see through this charade & they do not want socialism in disguise. The Democrats know that if they are honest, Americans will reject their disastrous policies. #JointAddress”

Rep. Doug Lamborn (@RepDLamborn) (R-Colo.) also called out Biden, and posted, “I guess the Washington Post stopped fact-checking Biden only so they didn’t have to give this speech four Pinocchios.”

Rep. Hern added, “The American Jobs Plan doesn’t do anything to help the Americans who lost their jobs because of Biden’s executive orders – like the workers building the Keystone Pipeline. What does Biden have to say to them? #JointAddress”

Rep. Chris Stewart (@RepChrisStewart) (R-Utah) summed up the GOP response to the address with a short video, and commented, “This is the story of President Biden’s first 100 days. The state of the union is divided. America deserves better.”

Many political pundits and commentators offered their real thoughts to the speech.

CNN senior political commentator David Axelrod (@davidaxelrod) also offered quick praise, “‘Good to be back!’ @JoeBiden returns to the Capitol to speak at a joint session, almost half a century after arriving there as a freshman Senator.”

Dan Merica (@merica), national political reporter for CNN, wrote, “And there is the Biden line that will be played countless times: ‘Now, after just 100 days, I can report to the nation: America is on the move again.’ #JointAddress”

“America is on the move again.’ And there it is, in six words: the theme for tonight’s speech and the entire Biden presidency.  Very much in keeping with Biden’s innate optimism – and America’s. #Bidenspeech,” wrote author Paul Begala (@PaulBegala).

USA Today White House reporter Matt Brown (@mrbrownsir) quoted the president, “‘There’s still more work to do to beat this virus. We can’t let our guard down,’ @POTUS cautions in his joint address to Congress.”

“When was the last time a president positively name checked a member of the opposing party in a speech like this? (Joint address or SOTU) I’m actually curious. (And no. This isn’t for a story having to do with restoring “unity” because my god, make them stop),” pondered Jackie Kucinich (@JFKucinich) of The Daily Beast.

Some media outlets did fact check the address.

PolitiFact (@PolitiFact) addressed the issue of energy, “Natural gas, not wind turbines, was the main cause of Texas’s power shortage. https://youtu.be/IEGDOM6QUGw #JointAddress #JointSession”

PoliticFact futher addressed the issue of climate change and jobs.

The divided response is very much a reflection of how divided the United States remains, and it shouldn’t be surprising that the opinions of the speech were drawn on partisan lines.

“That unbalanced rage spills over into social media after tonight’s speech,” said technology analyst Charles King of Pund-IT. “However, if the events of January 6th taught us anything, it’s that unbalanced rage isn’t fit for a foundation. It’s only suitable for tearing or burning something down.”