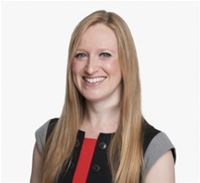 LONDON — Maurice Turnor Gardner LLP (MTG), a boutique private wealth law firm, today announced two new additions to the partnership. Jennifer Emms and Claire Weeks will become partners from 1 May, bringing the total number of partners in the firm to 15. The firm also bids a farewell to one of its founding partners, Richard Turnor. 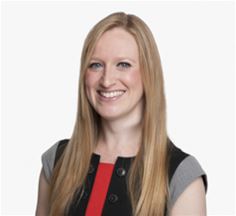 Listed as a Rising Star in the most recent The Legal 500, Jennifer Emms led the legal team that successfully represented a former trustee in the recent high profile, 10-week Kids Company trial. Alongside her charity expertise, Jennifer advises on tax, trusts, Wills and estates and is also a specialist in commercial trusts.

Claire Weeks is a specialist in tax, wealth preservation and estate planning advice for high net worth and ultra-high net worth individuals and their families, as well as the trustees, private banks and family offices which support them.

Emma-Jane Weider, Managing Partner, said: “Whilst we are sad to say goodbye to Richard, who has been a great friend and leader, we are delighted to welcome Jennifer and Claire to the partnership.

“Richard, having spent his entire legal career with Allen & Overy, was one of the founding partners of MTG in 2009. He qualified as a lawyer in December 1980 and throughout his career became known as one of the most experienced practitioners in the partnerships world. Richard has given so much to the profession and to his colleagues along the way. We wish him all the best in his next chapter.

“Jennifer has had a highly successful year in the role of Partner Elect, including being a key part of The Kids Company trial success. Having joined the firm in 2015, Jennifer has a practice which covers complex and high-profile matters across the full spectrum of the private wealth and philanthropy practices. She is an incredibly talented lawyer with strong technical expertise, sound commercial judgement and an ability to take on any challenge with which she’s presented. Jennifer has also contributed to the firm in many ways beyond that of fee-earning, including in her new role as head of MTG’s pro bono initiatives.

“Claire joined MTG in 2014 and has demonstrated technical excellence and fantastic client skills throughout, whilst also building an enviable personal brand in the market. She has helped build the private wealth practice by impressing growing numbers of referrers and clients and by playing a key role in developing the next generation of trainees and associates. She is a superb tax technical lawyer and has particular expertise in advising non-domiciled individuals on UK tax matters and on the tax and practical issues associated with buying, selling and owning valuable residential property in the UK.

“These promotions, which follow the promotion of both Edward Burton and Simon Goldring only 12 months ago, demonstrates that even in the difficult current climate, MTG is committed to growth and to rewarding the exceptional talent we have at the firm.”

Turnor reflects: “As much as I loved my time at Allen & Overy, I would not have missed the birth and growth to maturity of MTG for the world. The firm could not have survived and thrived as it has without the dedicated support of our talented lawyers and of our ever diligent and resourceful support teams, including finance, IT, PAs and administrative staff, not to mention the accountants, bankers, PR and HR consultants and other external advisers which have also supported us throughout. I am so grateful to them all, but above all else I am grateful to the wonderful clients who have had such confidence in us.”

NOTES FOR EDITORS
Maurice Turnor Gardner LLP is a boutique private client law firm based in London with a global clientele. The top tier firm has been oﬀering its services since 1 May 2009 following the demerger of Allen & Overy LLP’s highly rated Private Client Department. The firm has recently won the British Legal Awards 2020 and been included in the Times Best Law Firms 2021.

MTG has particular experience of all the issues which aﬀect wealthy individuals (and their families and trustees) and professional practices in the UK and elsewhere. This includes in-depth experience of philanthropy, setting up new charities and providing ongoing advice, and charity disputes (both internal and external). The firm is described as “uniformly excellent” and is ranked in the top tiers in both Chambers (UK and High Net Worth Guides) and The Legal 500 for its private wealth expertise. Its disputes team was named Contentious Trusts and Estates Team of the Year by the Chambers HNW 2019 Awards. Jennifer Emms is listed as a Rising Star in the Charities and Not-for-profit sector in the 2021 The Legal 500 UK directory.