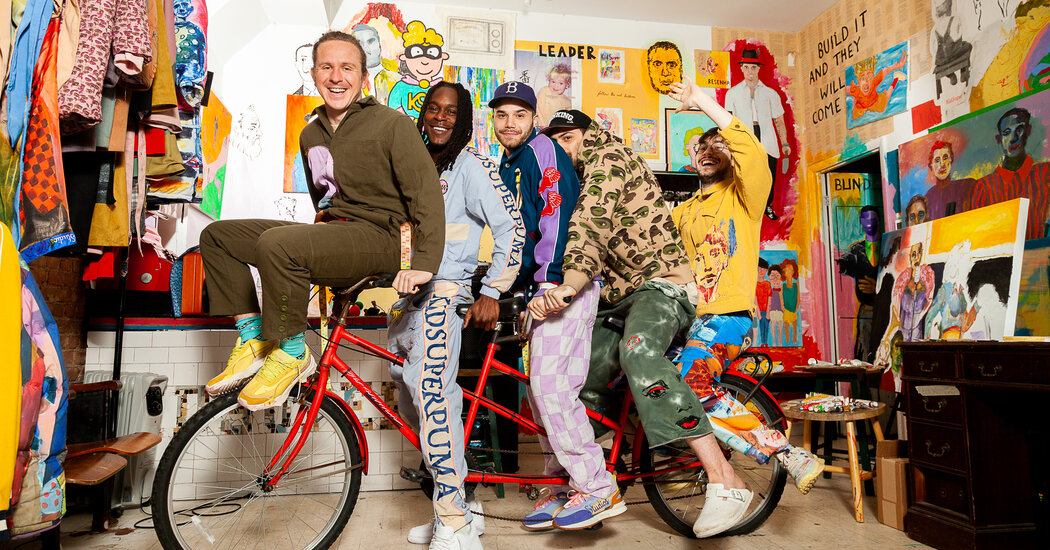 At Brooklyn Tech, I sold T-shirts in the cafeteria. I made up a label called Brick Oven T-shirts, or BOTS. Brooklyn Tech was, like, a super intense place but it really made me. There’s, like, 5,000 students, and if you’re not an outgoing, hungry kid, you get lost. I have many friends that crushed it and many that got crushed by it.

Obviously, you’re one of the former.

Yeah, it was a defining part of my life.

Because I always loved being a New York kid who was brought here to make it. My parents weren’t born in America. My mom is from Spain. My dad’s from Ireland. So, when you’re not from here, there’s this constant pressure to hustle. You’re here to make the most of everything.

Your goal was not necessarily to be a fashion designer. Or was it?

I went to N.Y.U. for mathematics, but when I was a sophomore, I turned my dorm room into a store. I spray painted the walls and installed racks of clothing, and I was doing really well. Then I got found out by the dean of housing, and they made me take it all down.

At the time, I said: “You shouldn’t be busting me. You should support me! This is why this is not Harvard.” At that point, I said to myself, “I’m going to find a space or some, like, storefront where I can live in the back.” I saw hundreds of spots before I found a place on Craigslist that had a bathtub, which meant I could live there. I immediately called the guy and, without even looking at it in person, said, “I’m in.”

I’ll go out on a limb and say you probably did not have a business plan.

Ha! Yeah, the place I found is in South Williamsburg. I moved there when I was a junior, in 2013. My girlfriend and I lived in the back and split the rent. We had an opening of the store, and tons of people came, but then, when we opened for business, there was no one.