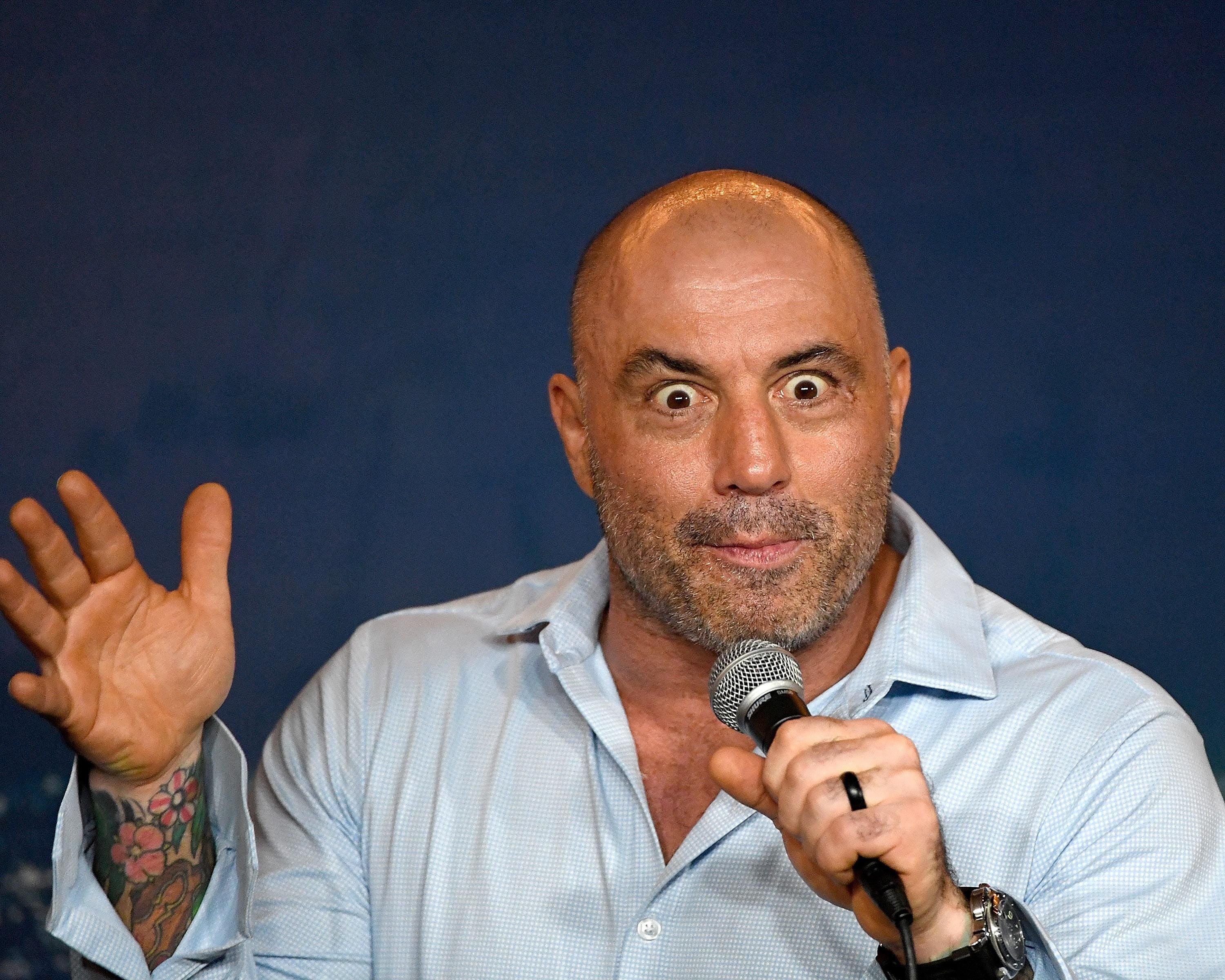 During last Friday’s The Joe Rogan Experience, which is carried on the audio streaming service Spotify, the comedian suggested that most young people didn’t really need the Covid-19 vaccine. Now Joe Rogan is facing a major backlash on social media.

There were more than 100,000 tweets and many came from fellow comedians and other media personalities.

Rogan, who tackles a range of subjects, commented directly on the need to get a vaccine.

“If you’re like 21 years old and you say to me, ‘Should I get vaccinated?’ I’ll go, ‘No,'” said Rogan. “If you’re a healthy person and you’re exercising all the time and you’re young and you’re eating well, I don’t think you need to worry about this.”

Since making those remarks last week, they’ve spread across the various social networks, and it has even caught the attention of the White House and Dr. Anthony Fauci.

“I guess my first question would be, did Joe Rogan become a medical doctor while we weren’t looking?” White House communications director Kate Bedingfield told CNN on Wednesday. “I’m not sure that taking scientific and medical advice from Joe Rogan is perhaps the most productive way for people to get their information.”

Dr. Fauci has called Rogan’s recommendation to be self-serving, and has warned that even if someone doesn’t have symptoms they could still propagate the outbreak. Those individuals could inadvertently infect someone else.

Many have now called out the comedian and Spotify directly on social media, and there have been calls for him to be fired for spreading what some have label dangerous misinformation.

“Hey @Spotify, you give a platform to Joe Rogan, someone who is actively using his podcast to tell people not to take a coronavirus vaccine. You profit from his deadly propaganda and you continue to spread it. Shame on you for breeding your own Alex Jones,” wrote singer/songwriter Ricky Davila (@TheRickyDavila).

Elizabeth C. McLaughlin (@ECMcLaughlin), founder of the Gaia Project for Women’s Leadership, was equally direct, “Hey @Spotify: right now, you’re complicit in the continuing harm of this pandemic, and we all know it. It’s time for you to do something about Joe Rogan.”

Cultural critic and podcast Touré (@Toure) was among those who called out Rogan for offering medical advice, “People who take health advice from Joe Rogan deserve whatever happens to them”

“The COVID experience should have taught us that science is about continual revision and hypothesis. Unfortunately, many people have come away w/the faulty idea that science is just a bunch of opinions. Joe Rogan seems to be one,” noted blogger Matthew Sheffield (@mattsheffield).

It is unlikely that any of those calls for his firing will be heeded.

“Rogan has shown how it is increasingly possible to get attention under the purview of free speech even as it tests the boundaries of what is free speech or at least good taste,” said futurist and trend expert Scott Steinberg.

“He already has a loyal audience and the chatter isn’t going to result in the loss of his fan base,” added Steinberg.

“It could make an impact with advertisers, but as he already has such a large following it isn’t likely to have an impact,” Steinberg noted. “Some advertisers might care, but this is a guy who has grown a following by being controversial. He is certainly a student of the no press is bad press school of thought.”

To date Spotify, which hosts the podcast, has also stood by Rogan.

“What I will say is we have 8 million creators, and hundreds of millions of pieces of content,” Spotify CEO Daniel Ek told Bloomberg’s Lucas Shaw on the matter.

Comedians have generally not called out one another – and Rogan has become a power player of sorts thanks to his popular podcast, but that didn’t stop comedian/singer Brian Gaar (@briangaar) from suggesting, “Joe Rogan is Alex Jones with a better agent.”

Satirist Ethan Klein of the YouTube channel h3h3Productions (@h3hheproductions) also was direct in responding to Rogan.

“Healthy young people DEFINITELY SHOULD get the vaccine. That’s how we stop the spread. Not rocket science guys. It’s about returning to normal and saving lives. In India they are literally burning bodies in the street while people like Joe Rogan encourage people not to vaccinate.”

Other users stood behind the comedian – not just for his opinion but also in the platform he uses to spread the message.

Author and conservative activist Steve Deace (@SteveDeaceShow) responded to the calls for Rogan’s firing by stating, “I love the fire @joerogan stuff. How do you fire Rogan from the job? He is the job. He is the brand. He is the platform. Anywhere he goes, masses will follow. He’s unfireable, morons.”

It isn’t likely that Rogan’s ratings will suffer even as he is being called out.

“In today’s world of fake news, fake facts, and untethered souls, people are looking for something to hold onto,” said technology analyst Josh Crandall of Netpop Research.

“Joe Rogan is only one more voice in the cavalcade of influencers who are battling for the minds of their flocks,” added Crandall. “Driven by profit and power, people like Joe are using whatever channel they can to shape the perceptions of those who are too lazy or scared to look beyond the noxious fluff they hear from entertainers like him. Joe knows who he is proselytizing to, and he doesn’t care. It’s all about his bottom line rather than for the benefit of the community.”

In the end it is simply unlikely Rogan will suffer, and instead he could actually gain followers.

“It does say it about our media environment when you are talking about a hot topic,” added Steinberg. “Rogan might not have the most scientific expertise but he has the loudest microphone in driving public conversation.”