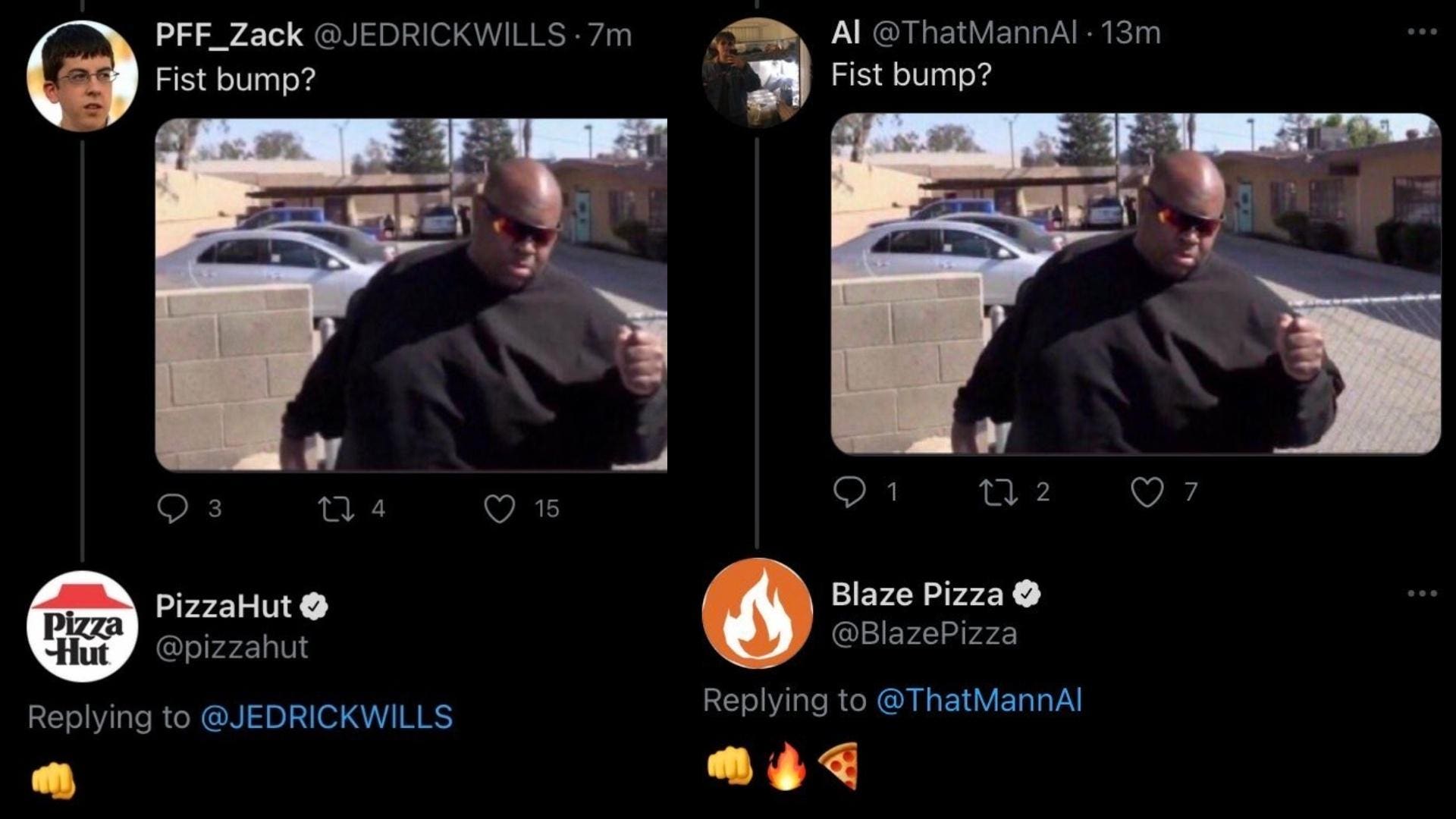 Social media can be a great place for brands of all kinds to interact and share jokes with fans or followers. But when a brand joins in on a meme or an interaction that a follower starts, they are often taking a risk that responding at all might be the real joke.

Who is EDP? What was he exposed for?

30 year old Bryant Moreland, or EDP445,  is a YouTuber who’s rise to fame came from viral videos of the many intense frustrations of being an Eagles super fan. Earlier this month, Moreland was allegedly caught sending sexual messages to what he thought was a 13-year-old girl. In reality, that 13-year-old was a decoy by a predator-catching YouTube channel called Chet Goldstein. In the now deleted video, Moreland pulled up to a location given by the decoy and thinking he was about to meet up with a child after sexting them, was instead met by Goldstein’s crew with screenshots and cameras.

What memes came from the video?

The channel no longer is no longer available due to the many YouTube standards infractions by Goldstein, but one part of a 15 second clip of Moreland asking for a fist bump from one of Goldstein’s crew members has become a meme that brands should have never touched, but did.

Twitter users who like to troll and make brands look bad have been known to mention brands in tweets with jokes or memes that are NSFW or not inline with the victim company’s values or mission. Fooling a popular brand’s social media manager who doesn’t know the current backstory of EDP into replying to a screenshot of him asking for a fist bump, is seen as success to some in the ratio-era of Twitter.

The first documented fist bump troll of brand twitter was by @ThatManAl on April 27th, 2021. Blaze Pizza and Chipotle, two brands with extremely active Twitter strategies, were unaware of the recent baggage and accusations surrounding EDP and responded to Al’s bait tweets. Others looking at Al’s success went to try this troll on other brands. As of the writing of this piece, most brands have deleted their replies but some are still undeleted.

Other brands like Pizza Hut and Little Caesars Pizza were quick to delete their mistake.

These tweets have very low engagement in comparison, but an influential Twitter account who goes by Cryptic shined more light to the situation.

Social media managers should research memes they reply to using sites like KnowYourMeme to understand the complexity and true meaning behind a joke or screenshot before joining in on the fun. Brand Twitter replying positively to a fist bump meme of someone who was recently exposed for sexually messaging a minor is not a look that any brand intended or even considered in their fast response. As social media becomes and takes over more of our lives, those with the brand’s car keys have a tougher and tougher road ahead to keep track of what is and what isn’t okay to laugh at.