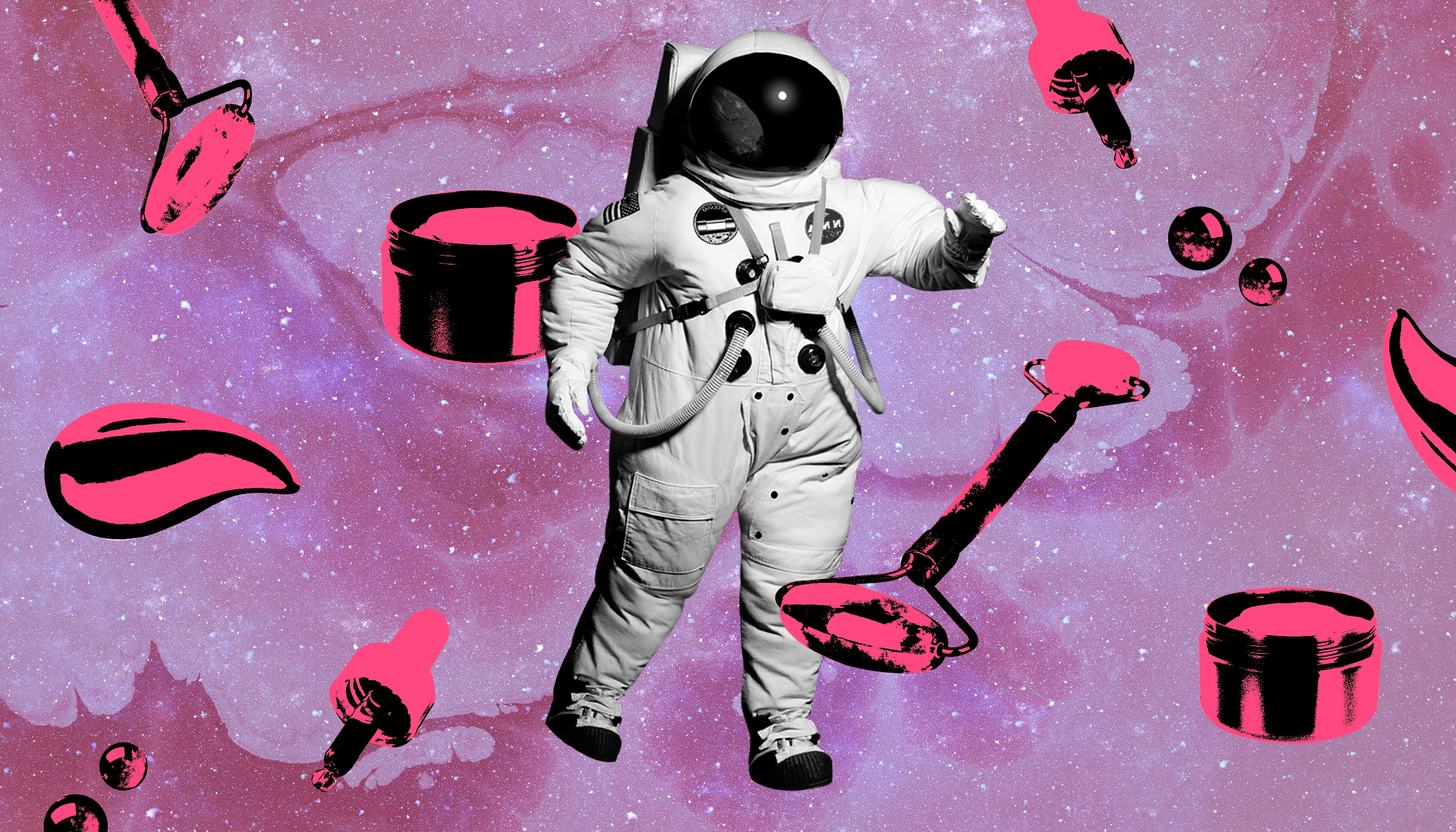 Astronauts are permitted to receive some shelf-stable goods from home. Koch chose dark chocolate, but, of course, her supply was limited. “I actually wrote dates on each chocolate bar for when I was allowed to open it,” she says. “I made sure that they were spaced through the end of the mission so that I wouldn’t have a time without dark chocolate.”

If you thought your washday was complicated, try shampooing in outer space. Since it’s not possible to shower, washing your hair requires carefully applying water from a bag with a nozzle (if you’re not careful, droplets will fly everywhere), then combing in a no-rinse shampoo, says former astronaut Dottie Metcalf-Lindenburger.

As on Earth, some strands will probably be shed during this process. But unlike on Earth, “they won’t drop to the ground,” says Metcalf-Lindenburger. “So you’ve got to do something about it or your crewmates will be annoyed. No one wants a floating hairball in space.” The sticky side of a piece of duct tape acts like a catcher’s mitt for errant strands.

Skin care and makeup must be prescreened by NASA toxicologists and deemed safe and stable for transport (the fewer ingredients, the more likely they are to pass). Metcalf-Lindenburger packed moisturizers (the dry air in the cabin — purposeful since humidity and electronic equipment do not mix — can easily dehydrate skin) along with minimal makeup such as concealer and blush to use before broadcast interviews. She says powder formulas are your best bet when floating in a spacecraft — liquids can get messy. Noted.

Keep Your Eye on the Big Picture

The mental toll of a spaceflight can be as great as the physical one. Former astronaut Peggy Whitson has spent a total of 665 days in space, more than any other American. Coping with being
away from loved ones and the monotony of “cleaning the vents for the 30th time” was made easier by remembering that she was part of something larger than herself.

“I was helping keep the space station alive,” says Whitson. She suggests thinking similarly if you’ve been struggling with the isolation required during the pandemic: You’re keeping your distance in pursuit of a greater good.

“I only saw 11 other humans for 11 months straight,” says Koch of her time on the ISS, noting that interacting with people again, even from six feet away due to the pandemic, didn’t always come easy. Koch found socializing in small doses at a time and brainstorming topics of conversation beforehand helped ease any anxiety.

A version of this story originally appeared in the May 2021 issue of Allure. Learn how to subscribe here.

6 Most Overlooked Factors that Prevent Body from Burning Fat

Wonho Doesn’t Care If You Stare