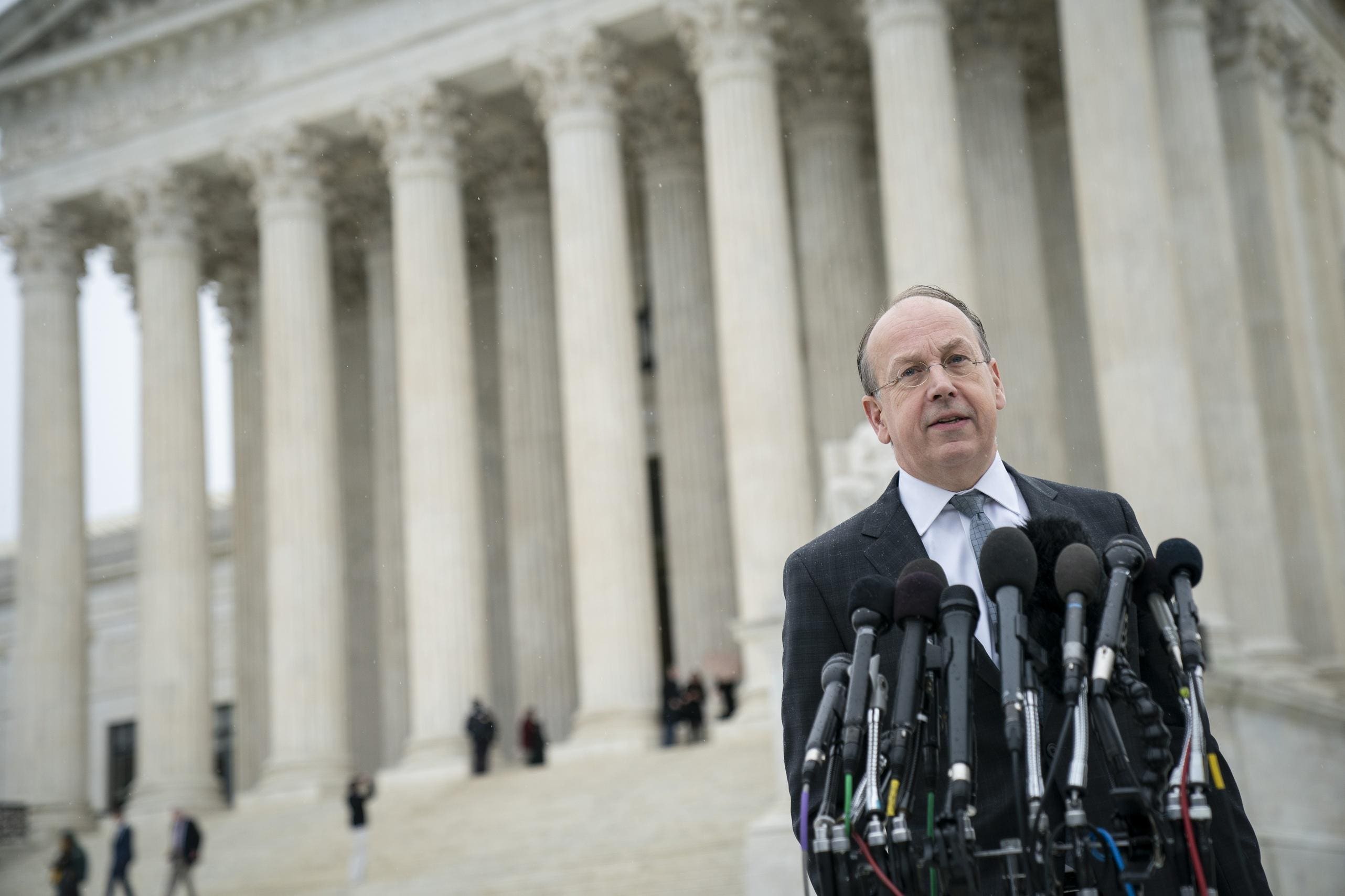 The terms “Second Amendment,” “Gun Control” and “SCOTUS” were trending throughout the day on Monday on social media after it was announced that the Supreme Court of the United States (SCOTUS) had agreed to take up a major gun rights case.

In NY State Rifle & Pistol Assoc. v. Corlett, the justices will consider the extent to which the Second Amendment protects the rights to carry guns outside the home for self-defense.

There were more than 10,000 tweets related to the Second Amendment, and equal numbers for gun control. A tweet from @SCOTUSblog had more than 2,500 likes and was retweeted 883 times.

This will be the first major case related to gun rights that the highest court in the land will hear in more than a decade. At issue in this case is how much the Second Amendment protects the rights of individuals to carry concealed weapons outside their home for self-defense. The case is likely to be argued this fall.

Few issues have divided Americans as much as the Second Amendment and calls for gun control. This was certainly apparent on Monday on the social media platforms. The court’s decision to hear the case follows recent mass shootings in Indiana, Georgia, Colorado and California but also comes as there has been a surge in firearms sales, notably to first-time buyers.

Multiple states allow gun owners to carry their firearms when they go out, but several states including New York – as well as California, Delaware, Hawaii, Maryland, Massachusetts, New Jersey and Rhode Island – have restrictions in place. The Supreme Court overturned handgun bans in Washington, D.C. and in Chicago in 2008 and 2010 in a pair of landmark cases that redefined gun rights.

Multiple news outlets quickly posted to social media the decision by the court to hear the New York-based case. Greg Stohr (@GregStohr), Supreme Court reporter for Bloomberg News, wrote, “BREAKING: Supreme Court will take up major new gun case and decide whether Second Amendment applies outside the home. Court will review New York law that requires people to show a special need for protection to get a license to carry a handgun.”

Many supporters of gun control expressed their dismay at the news on Monday afternoon.

Activist Andrea Junker (@Strandjunker) was among those who shared memes to make her point.

“The second amendment was created to killed tyrants and protect children, but instead it looks like it’s killing children and protecting tyrants… sheeezz,” suggested @Alexandrawidit.

“There is not one child who wants to die for your second amendment right. Not one,” wrote @mhdksafa.

Gun control activist Fred Guttenberg (@fred_guttenberg), whose 14-year old daughter was killed at the mass shooting at Stoneman Douglas High School, expressed his frustration on Monday, writing, “Because of this Supreme Court, this is the moment that I have feared. The Trump appointed justices have a track record and they are not likely to put public safety first. We need to get national legislation passed this year.”

Mark Brnovich (@GeneralBrnovich), attorney general of Arizona, saw that this as a state’s rights issue, writing, “Standing up for the Second Amendment is our responsibility. Arizona is proud to be co-leading a 23-state coalition that says our rights do not end when we step out of our home.”

Slate staff writer Mark Joseph Stern (@mjs_DC) offered his feelings on the matter, “Going back to the Second Amendment case the Supreme Court granted today, Democrats now have a clear choice between two concrete options: Allow SCOTUS to knock down state and local restrictions on concealed public carry in the midst of endless mass shootings, or expand the court.”

Such strong reactions should not be unexpected.

“The two issues that the GOP developed as wedge issues to divide Americans and drive the party’s comeback in the 1970s were abortion and guns,” said Matthew J. Schmidt, PhD, associate professor of national security and political science at the University of New Haven.

“Republicans were in favor of the right to choose before Roe,” Schmidt suggested. “It’s the same with gun rights. Social media merely amplifies the ideological divide the party needed to create to stay in power. These become religious-like issues because they’re framed as matters of human freedom, which amps up the extremes people are willing to go to.

“And since social media gives a sense of a lack of consequences, behavior gets even more extreme,” added Schmidt.

Independent filmmaker and political commentator Tim Pool (@Timcast) suggested, “I already have the right to bear arms wherever I choose. its the criminal state and the police that prevent me from doing so”

The National Rifle Association (@NRA) also was quick to take to social media, “It is hard to overstate how important this case is. The decision will affect the laws in many states that currently restrict carrying a firearm outside of the home.”

The quick response from supporters of the Second Amendment also isn’t surprising.

“Gun owners are some of the most ardent defenders of their beliefs, and for good reason,” explained Teresa Mull, editor of GunPowdermagazine.com

“For one thing, this group of people is used to standing up for themselves, as the Second Amendment is constantly under attack,” said Mull. “What’s more, the rights the Second Amendment protects – namely, the defense of self, property, and loved ones – are personal and passion-worthy. It’s vital to the Constitution and every freedom it ensures that gun owners continue to make their voices heard, despite the determination of social media giants and the mainstream media to ‘cancel’ freedom of speech.”

The Second Amendment/Gun Control remains one of those issues that isn’t likely to find any middle ground on social media.

“In many ways, the gun debate is similar to the abortion debate in that the sides can’t agree on the nature of the question being debated,” explained technology analyst Rob Enderle of Enderle Group. “On the gun question, one side is arguing that the Second Amendment is comprehensive and provides absolute rights similar to freedom and free speech about gun ownership and use; the other side is understandably freaking out about gun deaths and treating them as endemic and thus only treatable through draconian measures justified by the past deaths.”

The issue also is one that could continue to widen the divide as both sides dig in on the social platforms.

“Neither side of this debate seems to want to be reasonable; the left wants to ban ownership of certain types of guns which wrongly focuses on the tool rather than the bad behavior,” said Enderle.

“The right wants no limitations on gun ownership and seems more interested in gun manufacturer profits than citizen safety,” Enderle noted. “Neither position, in my opinion, is reasonable or sustainable.”