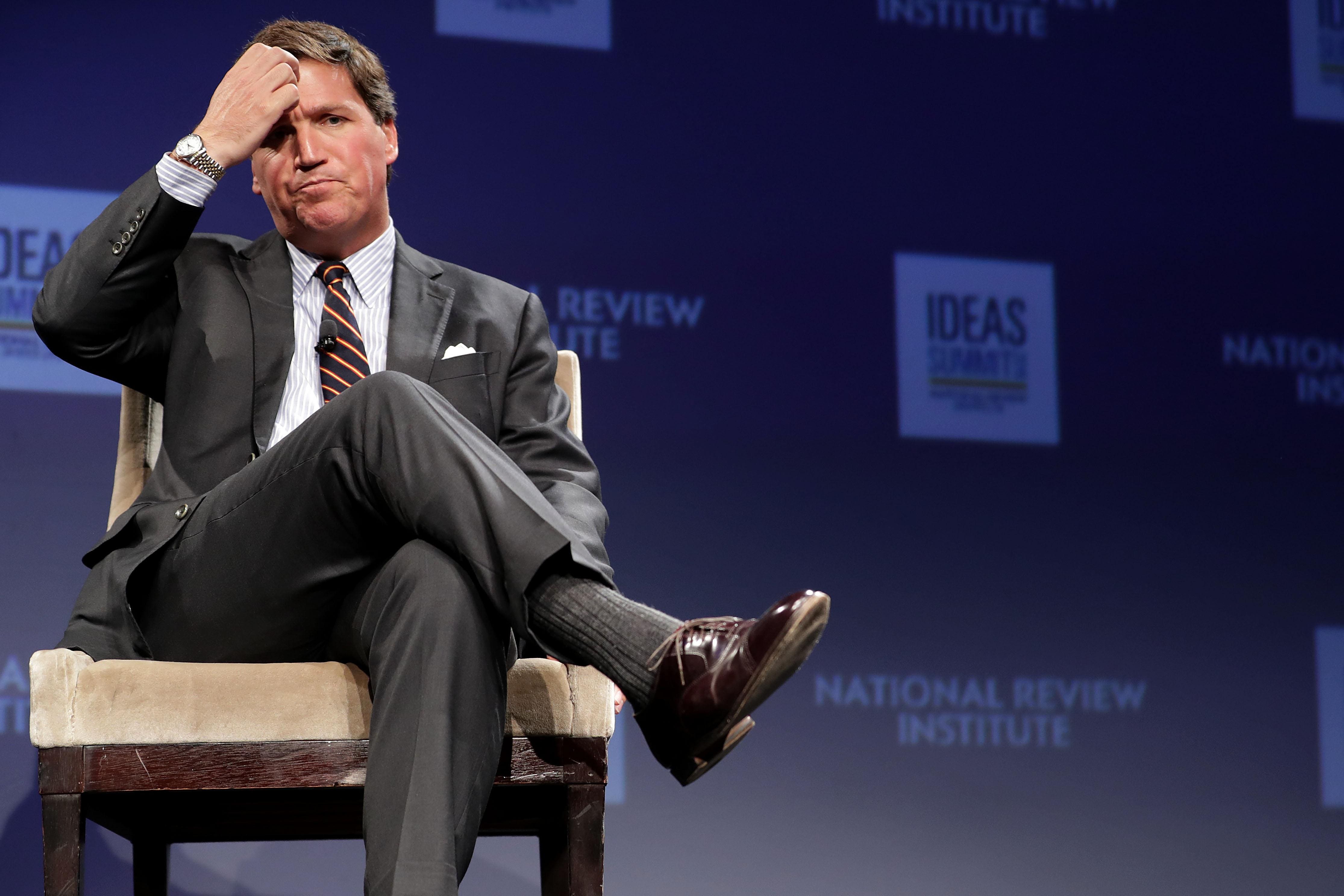 On Monday morning the issue of masks to combat the spread of the novel coronavirus was making the rounds on social media – but it was far from a debate. As with so many issues that have divided the country, the issue of masks certainly lacks anything resembling middle ground.

It began after Fox News’ Tucker Carlson on Monday suggested it was “unacceptable,” “dangerous” and even potentially “illegal” for children to be forced to wear face coverings outside. Carlson further said that viewers should report such sightings to the police or child protective services, even as it is still recommended that masks be worn at all times by the Centers for Disease Control and Prevention.

For the record, the CDC encourages children two years and older to wear a mask when in public or when they are around other people they don’t live with. Health experts have also said that the vast majority of children are safe when the masks are worn properly. However, Carlson made numerous dubious claims – including that wearing of masks can lead to low oxygen levels.

Carlson also suggested that those who wear masks outside were “aggressors” and that it was “our job to brush them back and restore the society we were born in.”

The reaction on social media was swift – with many calling out the Fox News host.

Scott Dworkin (@funder), founder of the Democratic Coalition, has long been a vocal critic of Carlson. On Monday, he responded to the recent debate over masks, “Tucker Carlson is an abomination. Wear masks, get vaxxed and have a good day.”

The sentiment was shared by conservative pundit Bill Kristol (@BillKristol) took issue with Carlson, writing, “The masks stuff is performative idiocy and demagoguery. But the key sentence in Carlson’s rant was this: ‘It’s our job to restore the society we were born in.’ The destructive power of reactionary nostalgia jet-fueled by grievances real or imagined shouldn’t be underestimated.”

There were several who called out the Fox News host, with a similar refrain.

“If Tucker Carlson thinks masks are so bad why is he so comfortable wearing his hood?,” pondered MeidasTouch (@MeidasTouch)

Attorney and author Seth Abramson (@SethAbramson) wrote, “Tucker Carlson says you shouldn’t be allowed to wear a mask on a crowded city street even as he brazenly wears his hood on set”

By Tuesday morning, Tucker Carlson was trending on social media alongside “masks” and “child protective services.” There were more than 12,000 tweets for the latter, with most calling out Carlson and few agreeing that such a move was necessary.

“How is my wearing a mask violating Carlson and his viewers rights? He’s calling for them to approach ppl, students in school, parents to call Child protective services? Is there no end to this pos, sitting in front of a camera, creating problems that don’t exist?,” wrote @whatifisaidit.

New York Times columnist and author Michelle Goldberg (@michelleinbklyn) also added, “I wonder if people understand what can happen to you after even a frivolous CPS complaint.”

There were some on social media on Tuesday who took aim not at Carlson, but at the continued requirements to wear a mask outside.

Among those taking to social media was the account for @Moms4Liberty, which posted, “Moms are watching our children struggle with masks everyday. We are being told masking is required, necessary and not hurting our kids. Parents, we are being lied to. How do we know? Evidence.”

As with so many issues, social media is where many try to make their voice heard on the issue of masks. The question is whether it is a debate or just each side stating talking points.

“Any place is a good place to present points of view, opinions and facts,” explained Roger Entner, principal analyst at Recon Analytics.

“Everyone has an opinion, and some even have two,” Entner added. “We have a problem when all that people want is to talk but not to listen. We have a bigger problem when people say one thing and do another. You can learn a lot more by listening than by speaking.”