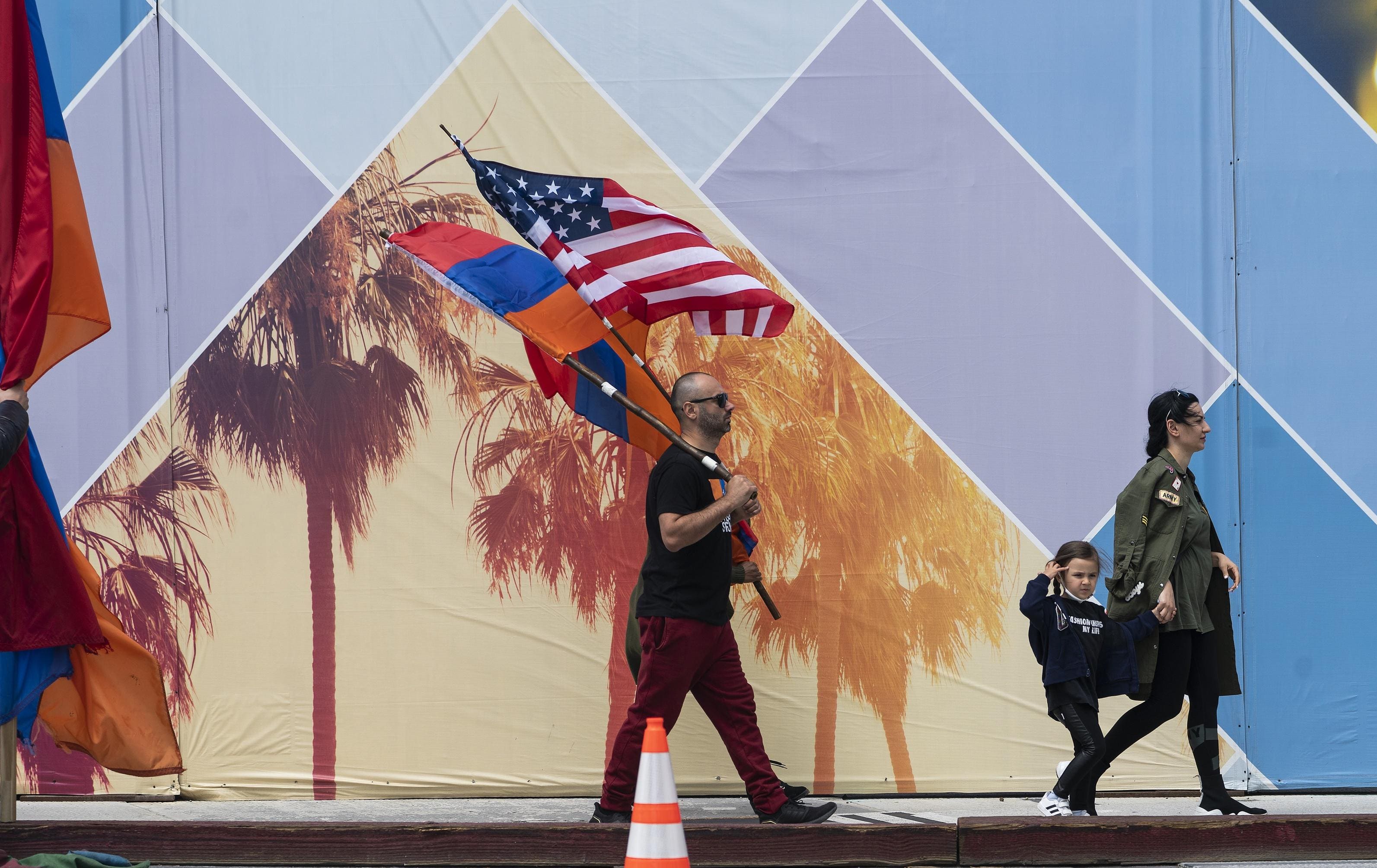 On Saturday afternoon President Joe Biden became the first United States leader to officially recognize the “Armenian Massacre” as a genocide. The systemic mass murder and ethnic cleansing of more than one million ethnic Armenians began 106 years ago on this day during the First World War under the direction of the Ottoman Empire, and its ruling party, the Committee of Union and Progress (CUP).

No Turkish government has acknowledged the crime that was committed, and all of the major political parties in Turkey, expect the Peoples’ Democratic Party maintain support for Armenian Genocide denial. Over the past 100 years, Ottoman and Turkish leaders have argued that the mass deportation of the Armenian populace was justified by national security concerns.

In a statement marking the start of the massacre, in which Biden wrote, “Each year on this day, we remember the lives of all those who died in the Ottoman-era Armenian genocide and recommit ourselves to preventing such an atrocity from every again occurring.

“Today, as we mourn what was lost, let us also turn our eyes to the future – toward the world that we wish to build for our children. A world unstained by the daily evils of bigotry and intolerance, where human rights are respected, and where all people are able to pursue their lives in dignity and security,” Biden added. “Let us renew our shared resolve to prevent future atrocities from occurring anywhere in the world. And let us pursue healing and reconciliation for all the people of the world.”

A number of American lawmakers also took to social media to weigh in on Biden’s recognition of the Armenian Massacre. Among those was Rep. Alexandria Ocasio-Cortez (D-N.Y.) (@AOC) who posted, “Truth-telling and full acknowledgment of injustice can be one of the most important steps towards healing. Acknowledging the Armenian genocide is long overdue, and I hope this day brings some degree of peace to impacted families and communities as we move forward together.”

Senator Bernie Sanders (I-Vermont) (@SenSanders) also praised Biden’s recognition, “Recognition of the Armenian genocide is long overdue, and I applaud President Biden for this announcement. It is important for all of us to look honestly at history to make sure such atrocities never happen again.”

Rep. Rashida Tlaib (D-Mich.), (@RashidaTlaib) posted, “In the #13District, we always speak the truth. It’s been 106 years since 1.5 million lives lost to the #ArmenianGenocide. We must remember this tragic history and continue to value truth above all else.”

It seems this could be a defining moment that should bring American lawmakers from both sides of the aisle together.

“The Biden Administration is doing the smart and sensible thing in recognizing a clear historical wrong,” said Harry Kazianis, senior director at the Center for the National Interest. “President Biden should receive high praise from all parties and sides of the political spectrum as this move is long overdue.”

While we’d like to think that such a moment would be one without controversy – that is unlikely to be the case however. Some voices on social media quickly suggested that the event occurred during the Ottoman Empire, which was abolished at the end of the First World War. Therefore blaming modern Turkey would be akin to blaming modern Italy for what happened in the Roman Empire, was among the common arguments made not just today but increasingly by some in the Turkish community in recent years.

@OzlemFinnegan was among those who took such a hard line to the facts, writing, “Interesting explainer; they said that, and others said this..Turkish Republic was established at 1922. Why does it have to accept and deal with this? We are not Ottomans, we are Atatürk’s Turks.”

Others also suggested it was the Armenians who started the troubles, and the Ottomans only were responding to a potential uprising, a refrain that has been repeated by Turkish leaders for more than 100 years.

@Hayrani responded to @RashidaTlaib, writing, “Then, learn the truth first, not the distortions of facts and numbers and the hundreds of thousands of muslims mutilated by the Armenian gangs first. Go to US archives in DC  and Boston. Repent for siding with slanderers!”

As might have been expected, there were a few that suggested that other events from history – recent and past – should also receive such recognition from our national leaders. This argument was made both as deflection from the plight of the Armenians, but also to call out America’s own past crimes.

“I guess American’s aren’t on the hook for any genocide of Native Americans before the revolution (1776) cuz we were British then, then magically transformed into Americans,” wrote @RiffSkjerven.

“Isn’t time to recognize the bombing of Nagasaki and Hiroshima as a Genocide?,” pondered @mouhab.

@ay_askar was among those who questioned Biden’s recognition, writing, “We are all well aware of the age and memory issues of the current US President @POTUS. But his statement on fake ‘#armenian genocide’, really makes me want to remind him that if he is looking for #Genocide, he should probably check out his own ancestors”

It shouldn’t have been surprising that some people would try to label the event – if not the recognition – as little more than “fake news,” yet the fact it is now recognized could change the attention  and how the tragedy is covered in the media and even addressed on social media.

“Recognition of the Armenian genocide has been a century in coming,” said Matthew J. Schmidt, PhD, associate professor of national security and political science at the University of New Haven.

“America’s reliance on Turkey during the Cold War meant no president was willing to risk losing such a key ally,” added Schmidt. “But President Biden’s recognition finally acknowledges the truth. And in so doing he is also putting China on notice and other states that have counted on the U.S. to look the other way for transient interests. That won’t happen now.”