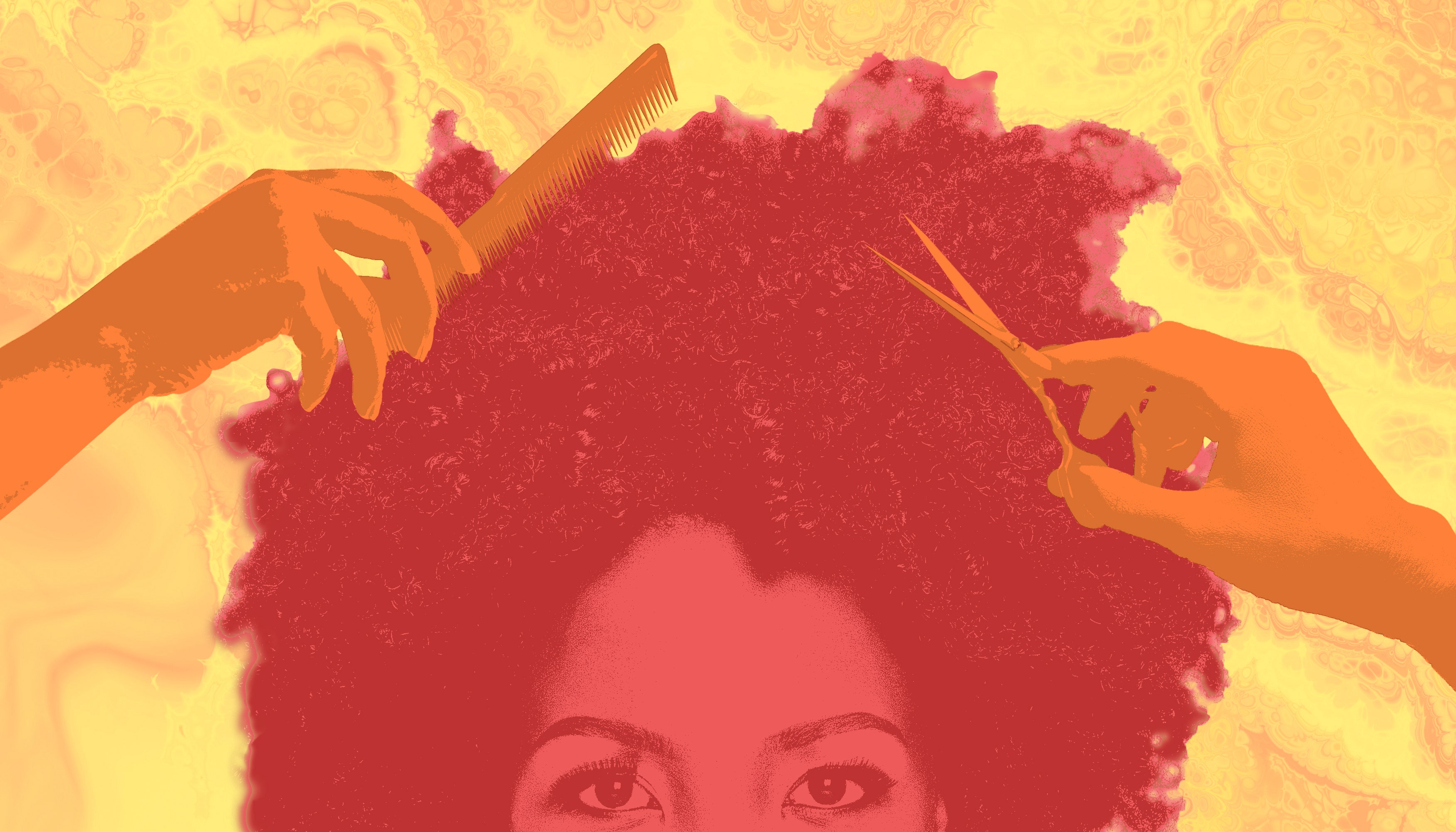 In 2019, when some Black actors —  including Natasha Rothwell, Gabrielle Union, and Tiffany Haddish — first started really speaking up in larger numbers about the frustrating hair and makeup experiences they’ve had on television and film sets, their stories rekindled some unpleasant memories for me.

From 2007 to 2011, I was a beauty editor at Glamour, and often invited to press events at salons where complimentary blowouts were on offer. But I usually declined the service: I knew very well that it was unlikely there would be a stylist available with the skills to work with my hair — I have a tightly coiled texture and it was natural, but at the time, I wore it straight. Occasionally, I would ask a publicist in advance if the salon could accommodate my texture, and the answer was always “of course!” Then I arrived for the appointment. I could always tell by the nervous smile of my assigned stylist as they walked toward me… they rarely had a Black client in their chair.

During those sessions, the stylist would do their best to project total confidence (which I could see right through). I would cope by making polite conversation to mask my deep discomfort. It was stressful sitting in that chair, hoping for the best, but quietly expecting the worst. I would think to myself, why on earth did I sign up for this? I guess I wanted to believe that maybe, just this once, I could get my hair done at a luxury salon for free and things would turn out okay.

Instead, those moments were awkward, the opposite of pampering and certainly not relaxing. I would have to gently instruct the professional behind me without offending them and then pretend to like the results. I never asked for a complicated style or cut — I just wanted a blowout. But there is an art to straightening natural hair and sadly, on more than one occasion, I left the salon with an embarrassing, poufy hairdo, when poufiness was not the goal.

I frequently opted out of the free makeup application offers, too. They often went more or less like the blowouts. In this case, I’d walk out with unflattering makeup because the makeup artist didn’t have the right shades for my brown skin tone or didn’t know which eye shadow or lipstick colors would look best.

“I wanted to believe that maybe, just this once, I could get my hair done at a luxury salon.”

It’s no secret that mid-level beauty editors don’t get paid huge salaries, but these complimentary services are one of the benefits that make up for that. It bothered me that although I was working my ass off, I was missing out on the perks that my lighter-skinned, wavier-haired colleagues enjoyed all the time. But at least I didn’t have to worry about being photographed or filmed. I would just wipe off the makeup when I got home or redo my hair the next day. When I was at Glamour, Instagram hadn’t blown up yet. If I were still in that job today, though, my grievances would be exacerbated by the fact that there’s an expectation to post selfies after all these events.