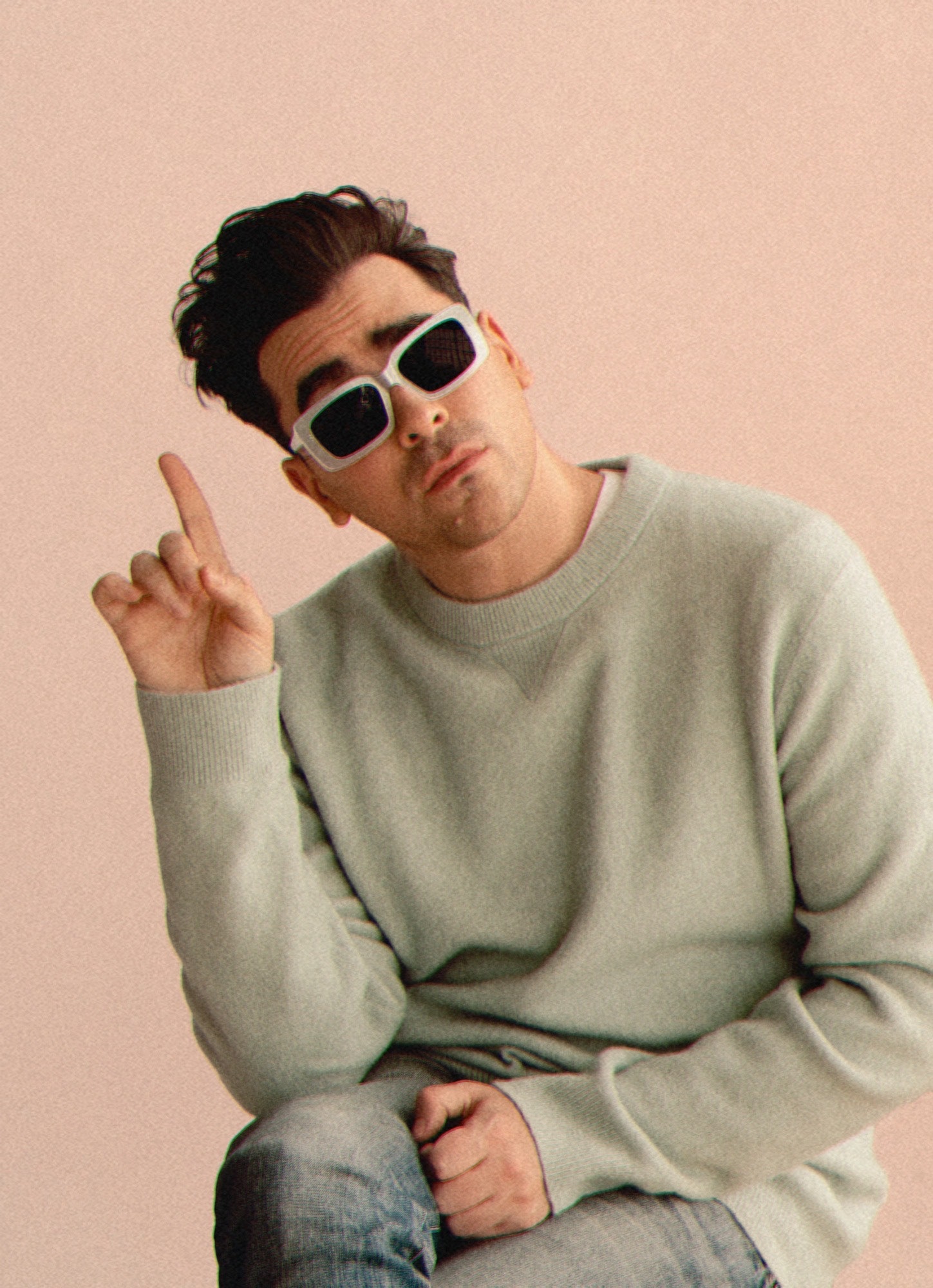 “It’s probably my favorite form of self expression,” Dan Levy says, “only because I’ve been sort of forced into it, whether I wanted to or not.” By which Levy—a man who’s won Emmys as a writer, director, and actor for his work on Schitt’s Creek—means…fashion. Specifically, eyewear. He’s known as much for his acting as he is for his glasses and the multi-talented star’s eyewear brand, D.L. Eyewear, just launched its Spring Collection.

This isn’t a new venture for Levy. Before his show even aired, Levy had been working on D.L. Eyewear, starting nearly a decade ago. Given all those Emmys, it won’t surprise you to learn that Levy was doing it all on the specs side, from business management to social media to design. “It’s important that if you’re going to put your name on it, that it comes directly from the source,” he says. Then Schitt’s Creek blew up, Levy got busy, and he had to pause D.L. Eyewear—though the website stayed up. And getting a few orders. With the end of Schitt’s Creek, Levy’s back in the eyewear game.

“It’s really about continuing on with the philosophy that I started the company with, which was to make people feel good,” he says. That means versatility (both in styles, but also prescriptions and optional blue-light blocking lenses) and affordability. “We wanted to price the frames at a reasonable price, one that could be included in the health care plan,” says Levy. Judging by the sell-outs and reactions, the plan’s working.

The Spring collection is a mix of classic shapes like the Roxborough and more fluid, of-the-moment styles, like the ’90s-tinged Walker and sharp angles of the cat-eye-shaped Harper. The Highland—originally designed as a one-off for an Emmy’s outfit—is maybe the brand’s most wearable. Maybe not coincidentally, they’re the frames Dan wears the most. So even if you aren’t (yet) stashing Emmys by the armload on your mantle, you’ll at least look the part. 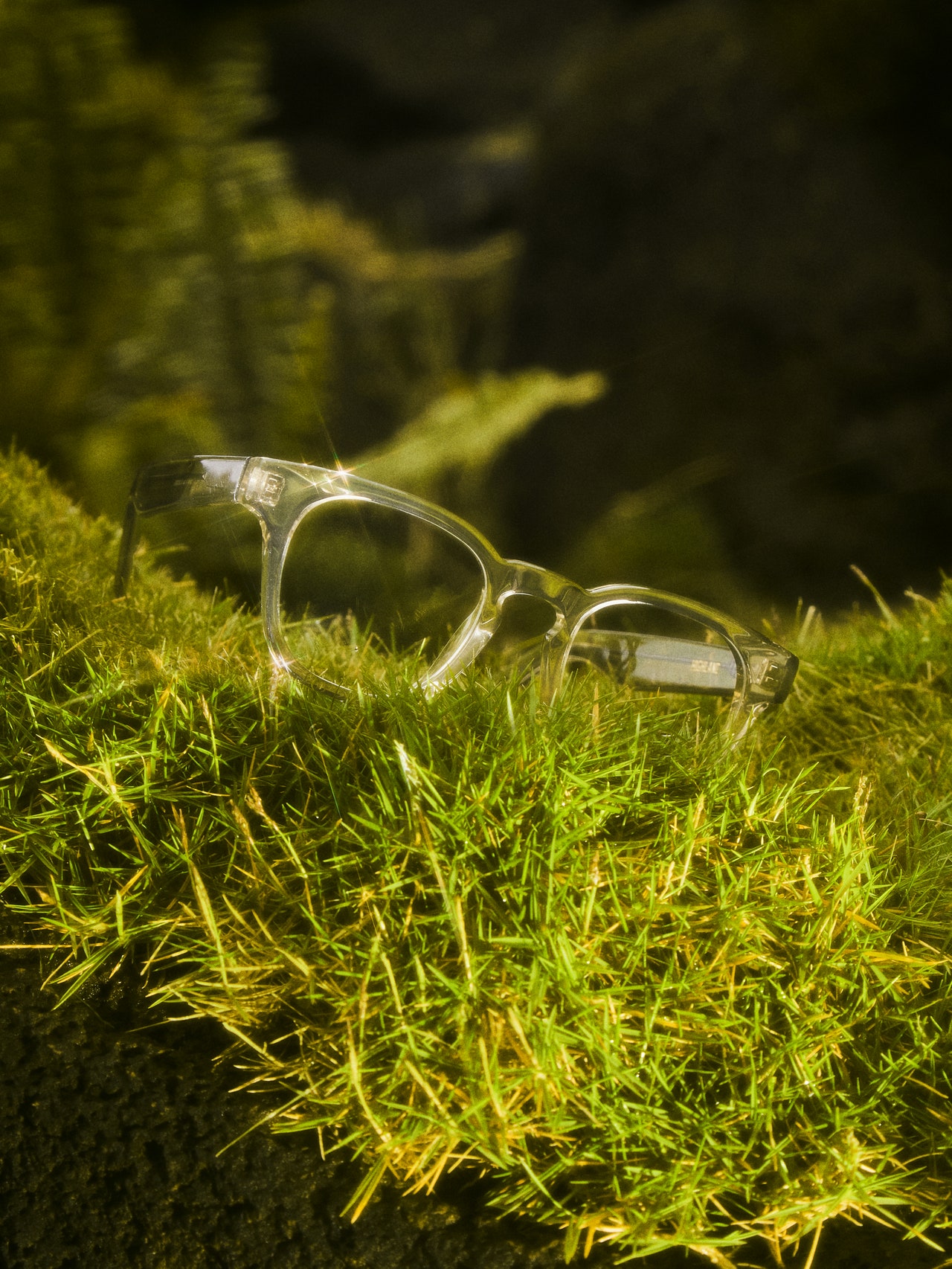 “I was wearing Thom Browne to the Emmys. Once we knew what we were working with in terms of the look, we built this frame as a one-off for me to wear with the outfit. I loved it so much that we put it straight into production. So I feel like this frame has some good vibes around me.” 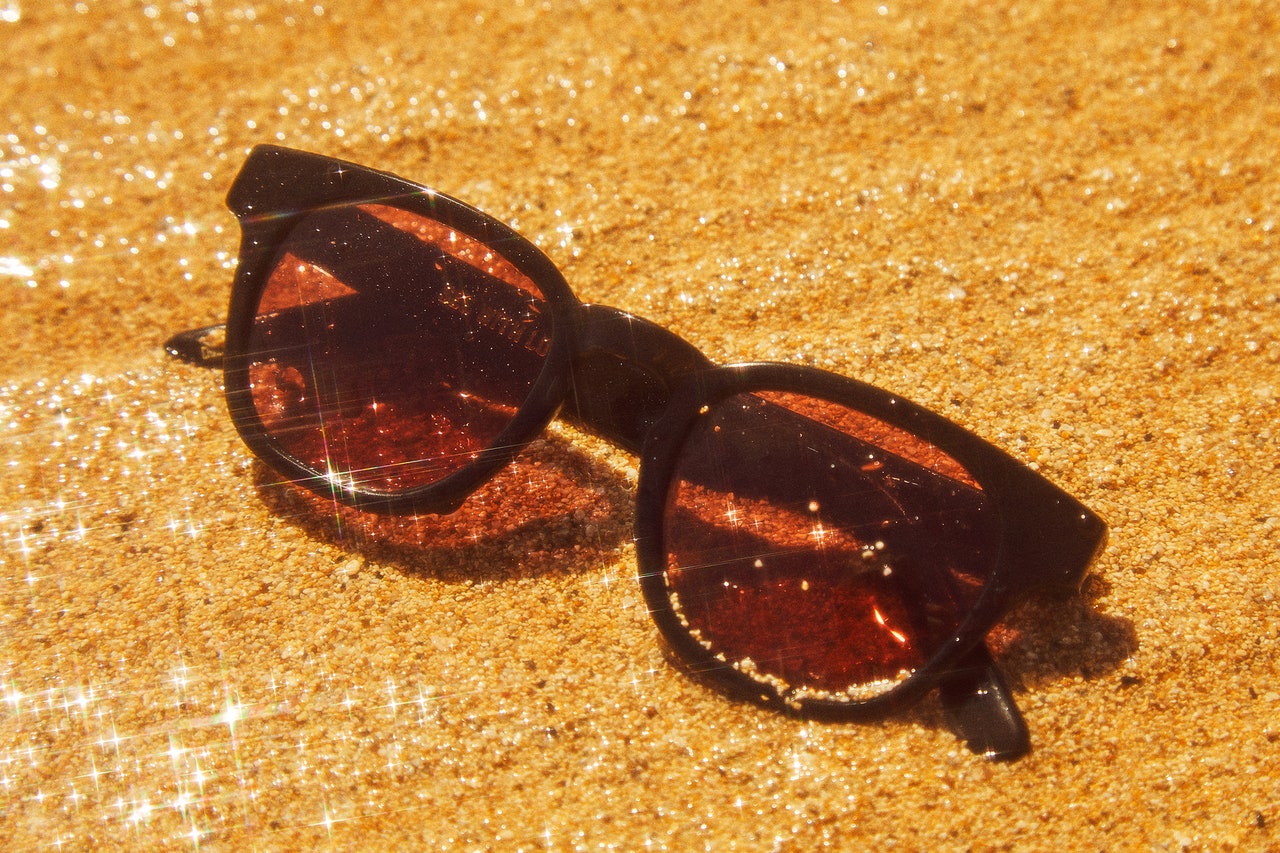 When the morning light’s gleaming off your Emmy a little too strong, give the shades version of Levy’s go-to frames a go. 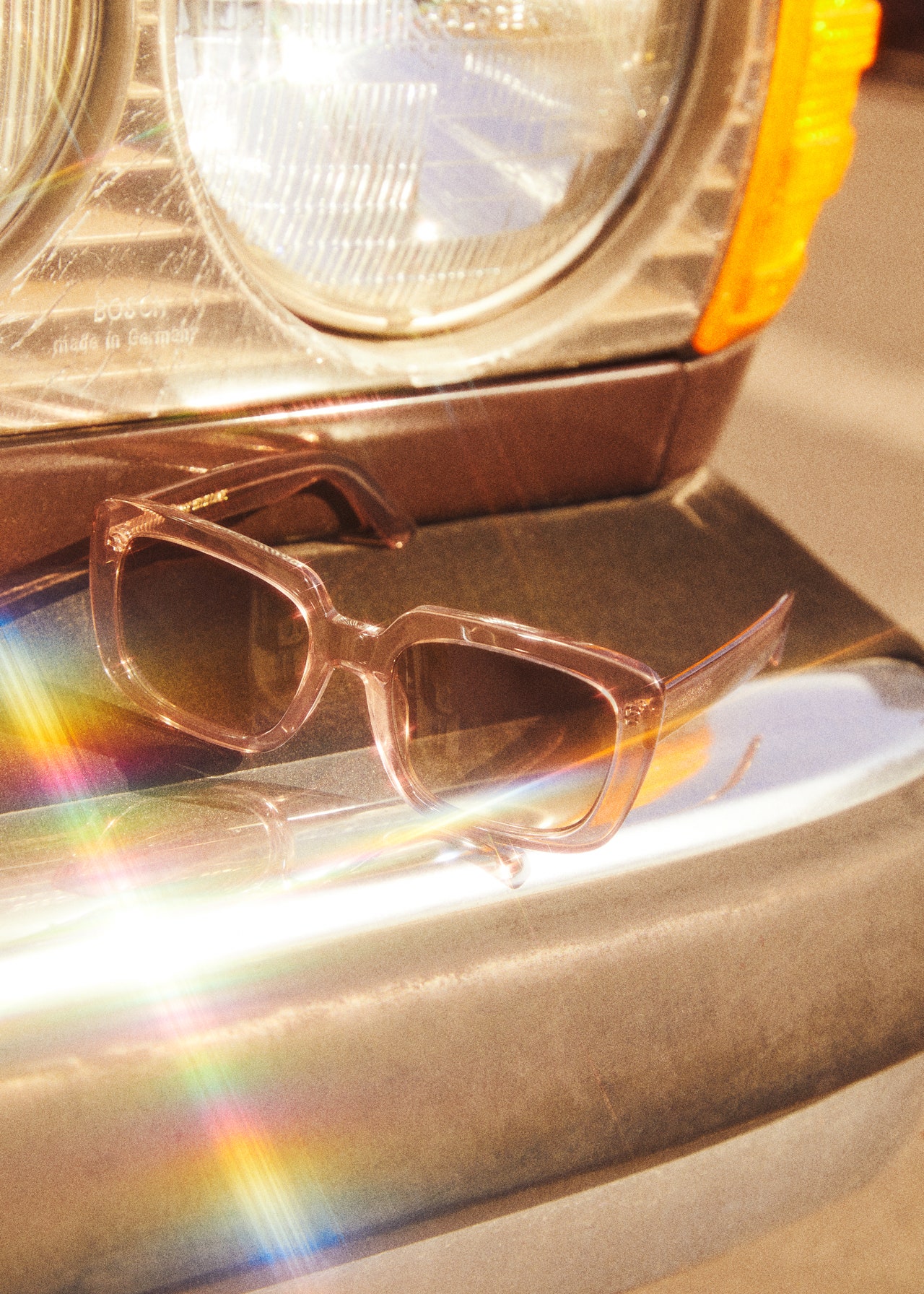 “McPherson is a really great plastic failsafe oversized, vintage-inspired square frame. It reminds me of Italy. I photographed a lot of people wearing this kind of style and have definitely mood boarded a lot of old Italian movie stars. So this is our homage to them. It looks great on a Vespa.” 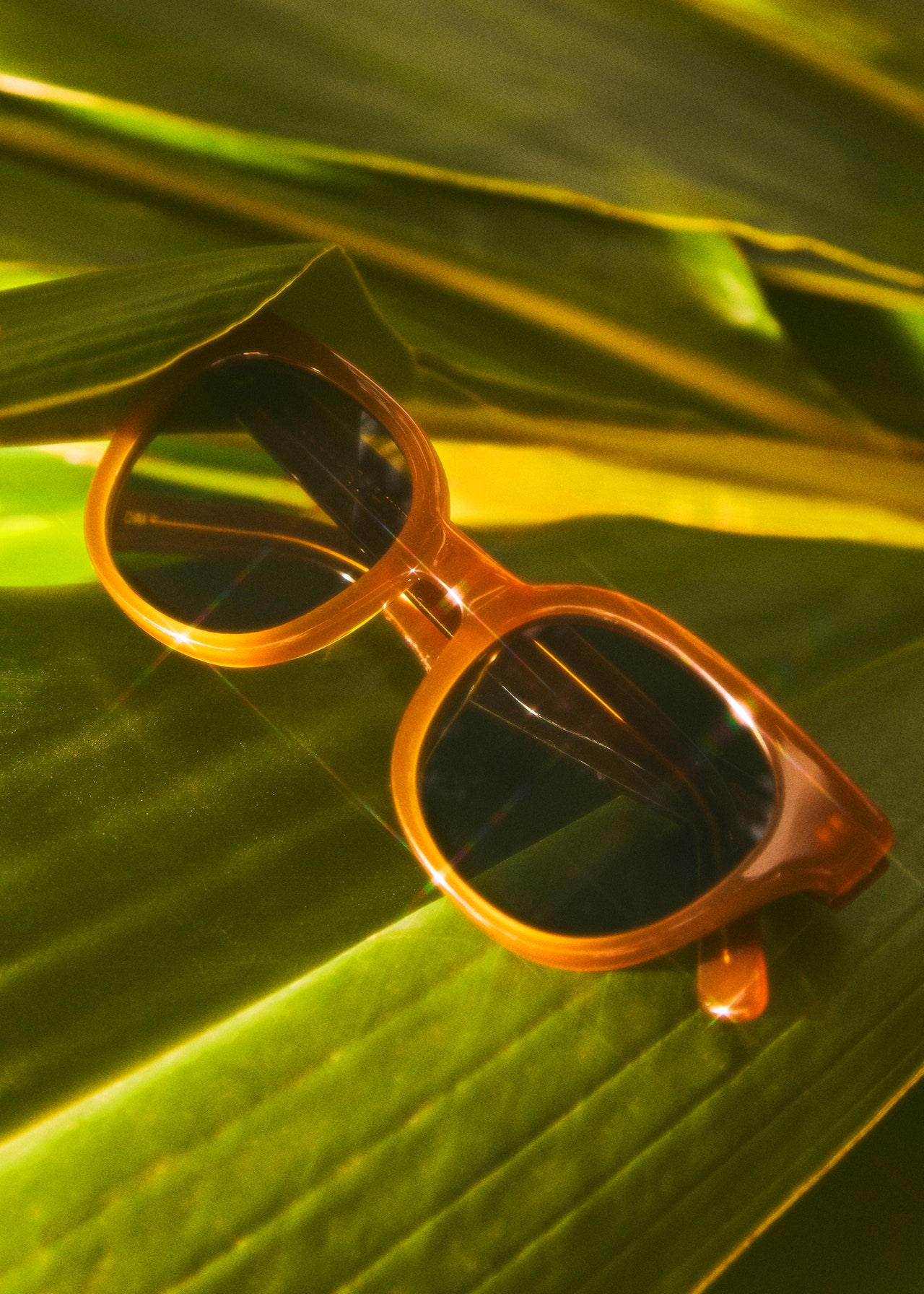 “This is based on a vintage sunglass that I bought in Japan. There’s a timelessness to it. It feels very much like old Hollywood, which I think is always a good look.” 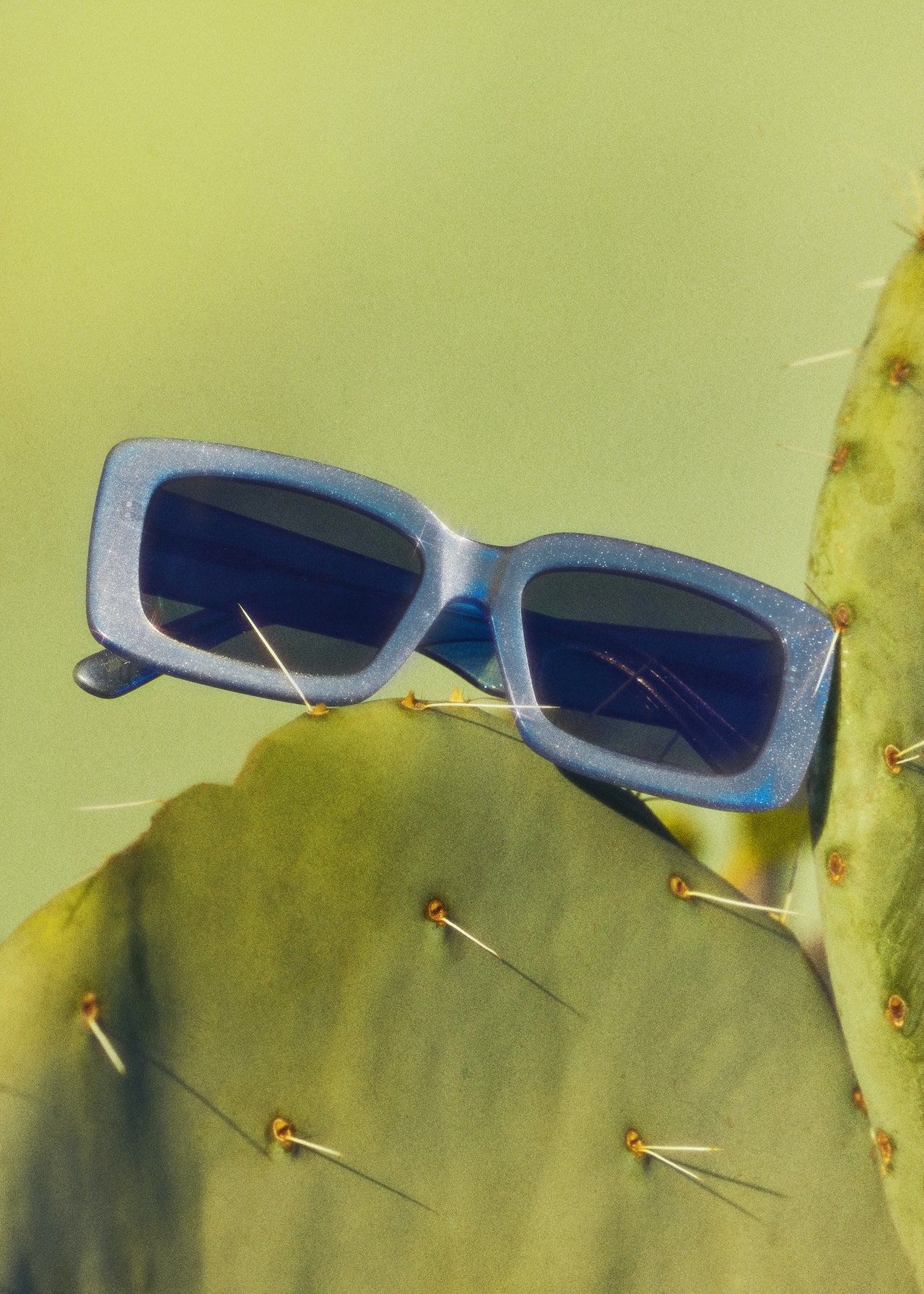 “Walker is just pure fun. What we call the blue stardust has a kind of has a glitter in it, which is just a great way of dressing up a look. You put them on and it’s festive, especially for the summer. Stardust is my favorite, obviously.”