We guess we are all aware of Bluetooth and very much satisfied with it so far since this technology has been around us for more than two decades now. No matter how good the technology is, nothing is always perfect. We do agree that Bluetooth, like any other technology, has improved a lot, but there’s time for it to reach perfection, at least yet.

However, in the run, several other similar wireless protocols are trying to compete around. One such wireless protocol that has received much appreciation is Zigbee. People actually believe that Zigbee is just some similar technology like Bluetooth. This statement is not completely wrong since both Zigbee and Bluetooth are being used in various IoT applications these days to establish connections between devices wirelessly.

So, in a way, they may be similar since their application is quite the same. But, if we dive into the technicalities and get to know about both the technologies, there are plenty of dissimilarities between these two most appreciated wireless protocols. Hence, we are writing this article to understand both the technologies and know what technology you should be implementing in your next project. 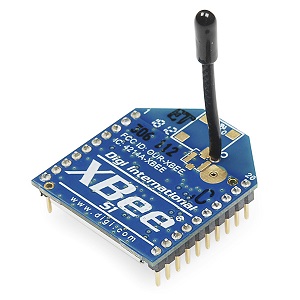 If you are familiar with LAN (Local Area Network), understanding how Zigbee operates is going to be very easy for you. Basically, Zigbee was designed to carry data in small packets, deliver them at short or medium distances. In other words, it’s a mesh network protocol that aims to connect multiple devices to each other, creating a mesh topology.

Unlike Bluetooth, where two devices connect to each other and information is shared between them. Zigbee aims to work as a LAN and share information among multiple devices at the same time. That’s the reason people are appreciating this technology so much. It’s quite an adequate protocol that you can try out implementing in home automation or smart lighting.

However, there are a few drawbacks of using Zigbee; that’s why it’s not being used in large-scale projects as of now. While the mesh topology is Zigbee’s biggest strength, it’s also the biggest hurdle that’s coming in the way. In a mesh network where multiple devices are connected to each other, situations may occur where multiple nodes might choose the same route and create a bottleneck at one single node to reach the gateway.

Zigbee might be a good choice for small-scale operations, but for places where there is a high density of nodes such as factories or other industries, using Zigbee can be a huge mistake since it’s not yet too strong and secure to handle such loads. 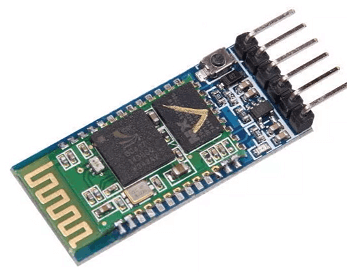 On the other hand, Bluetooth is a PAN (Personal Area Network) that is basically used to establish connections between two different devices. In contrast, Zigbee performs totally differently as it can connect multiple devices at the same time. In general, the overall coverage area of Bluetooth is less, but since the data rate of Bluetooth is much higher, it’s being widely used in devices such as earphones, cars, etc.

One major advantage of using Bluetooth is that it already has support for various operating systems like iOS, Android, and Windows, OS X, etc. As of now, ZigBee has not been ready to be used with such operating systems, but with time, we might see things being updated for ZigBee as well.

No matter how good Bluetooth performs in small-scale projects, it can’t be implemented in areas that require long-range communications. In this case, we can say ZigBee has the edge over Bluetooth. However, for projects with a high density of nodes, both Zigbee and Bluetooth are not perfect yet.

ZigBee has been around for quite a long time now, and for the past few years, it has improved quite amazingly. It’s developed by the ZigBee alliance with an aim to provide an open standard globally to fulfill the needs of a low-cost and low-power IoT network.

Although we were already blessed with other technologies like Bluetooth, ZigBee is one of its kind. It operates using the mesh topology, where data can be transmitted over long ranges by connecting multiple nodes together. There are several advantages of using ZigBee that make it perform even better than Bluetooth in some areas. However, there are some areas where it still needs to improve.

Advantages of the Zigbee Protocol

One big advantage that you will find while using ZigBee in your projects is that it operates on 2.4GHz frequency globally, which can be implemented without needing any license. Yet another great thing about Zigbee is that, if implemented correctly, it can cover a much larger area than any particular radio. All credit goes to the mesh networking that it uses primarily.

Moreover, it’s smart enough to repair or reconfigure the network itself if any node is added or removed from the network at any point in time. Currently, Zigbee is being widely used in Home Automation systems and getting improved day by day to be a reliable networking choice for large-scale industrial IoT applications.

Limitations of the Zigbee Protocol

Not only Zigbee, but all kinds of mesh networks have this limitation that all the connected nodes must stay powered on at all times. However, Zigbee nodes are quite low-power consuming, so that’s not at all a big issue. Apart from that, since Zigbee nodes don’t use the IP addressing method, establishing a connection with internet and cloud services requires additional gateway devices to be installed. As of now, Zigbee is not supported on platforms like iOS, Android, Windows, OS X, etc. Thus, connecting them with Zigbee is quite complicated and requires an additional gateway.

Considering all the limitations and advantages of Zigbee, using it in home automation systems is the best use of this technology. However, with a few little upgrades, it will also become perfect to be used for commercial and industrial applications.

With the help of Zigbee, we believe that street lights in smart cities will also result in good use of Zigbee as it perfectly fits the purpose. Moreover, if we think of using it in rural areas, implementing Zigbee for creating smart watering systems on a large scale would be of great use in the agricultural sector.

Bluetooth is one of the most popular networking protocols that we are utilizing almost every day in various sectors. It was primarily designed to establish a connection between two devices, present in a short radius to transfer data at high rates. Bluetooth can send and receive data up to 2.1 Mbps, as long as both the sender and receiver are nearby.

As of today, almost every one of us owns a wireless audio headset that operates via Bluetooth. But that’s not the only application for which it’s being used for. Almost all the wireless devices that you see around you, like a computer mouse, keyboards, speakers, printers, and all sorts of peripheral items, are now capable of operating wireless, thanks to Bluetooth.

Speaking about the advantages of using Bluetooth, it’s good to implement in any project that requires constant data transmission at higher rates in a short-range. If your aim is to connect two devices together and share information between them too and fro, there’s no better alternative than Bluetooth.

In fact, Bluetooth, these days, is so well-optimized that the power consumption is quite low, as good as other network protocols like Zigbee. Apart from that, Bluetooth supports all the popular operating systems and platforms such as Android, OS X, Windows, iOS, etc. So, if your project revolves around these platforms, consider using Bluetooth if you want to finish it conveniently.

Although Bluetooth is widely compatible, the implementation process of Bluetooth is quite complicated and requires much knowledge. In addition, since you will be dealing with operating systems as well, designing a proper interface for the users is quite an essential part of the process, which can be complicated at some times. Moreover, you should already know that this networking protocol is ideal for short distances only, so the network coverage area is quite limited.

Bluetooth features are extremely popular among smart devices and are being widely used for mobile-vehicle pairing, audio headsets, and home entertainment devices such as speakers, etc. These days, smart wearable devices such as watches and fitness bands are extremely popular that also utilize Bluetooth technology to stay paired up with the smartphone.

As you can see by yourself, both the networking protocols, Zigbee and Bluetooth, are quite useful, but in their own ways. None of them is actually better than the other one in all aspects. Actually, it totally depends on your project needs since Zigbee is ideal for long-range data transmission, and Bluetooth is quite the opposite of it. Both the technologies have their own advantages and limitations as well. However, if you utilize the best of both, and use their strength combined, these two technologies can come in handy in many ways. For any further queries, feel free to discuss them in the comments section below.