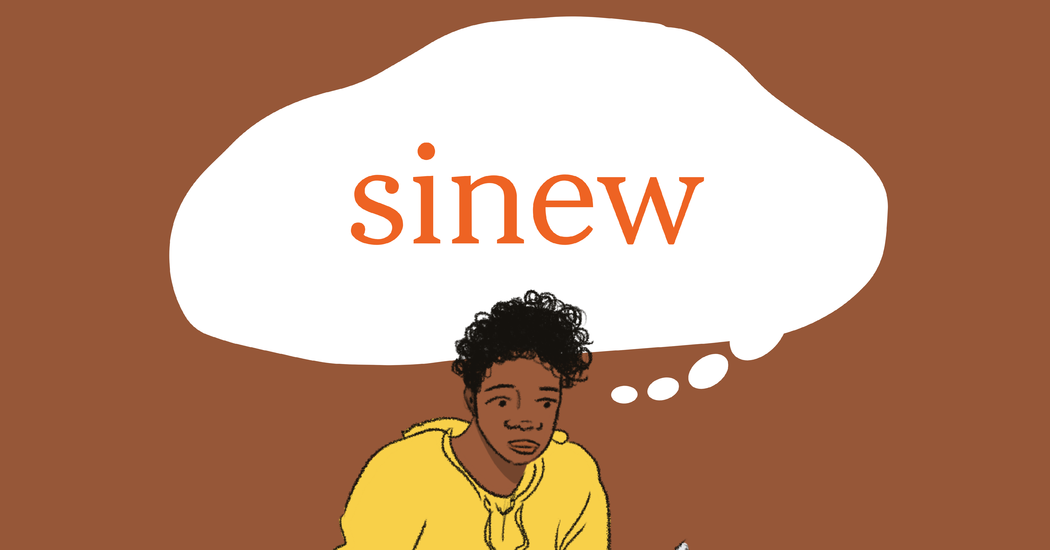 1. a cord or band of inelastic tissue connecting a muscle with its bony attachment, also called a tendon

2. the possession of muscular strength and power

The word sinew has appeared in 11 articles on NYTimes.com in the past year, including on July 1 in “Do Empty Stadiums Affect Outcomes? The Data Says Yes” by Rory Smith:

That first weekend, the players felt it. There was no wall of sound to greet them as they entered the field, no roar to urge them on after a setback, no delirium to greet a goal.

Empty stands seemed to sap games of their urgency and intimidating stadiums of their hostility. At least one player noted motivation — to strain that final sinew, to make that last burst — was more elusive in the silence. Many fans, watching on, seemed to detect the same lack of intensity.

Can you correctly use the word sinew in a sentence?

If you want a better idea of how sinew can be used in a sentence, read these usage examples on Vocabulary.com.