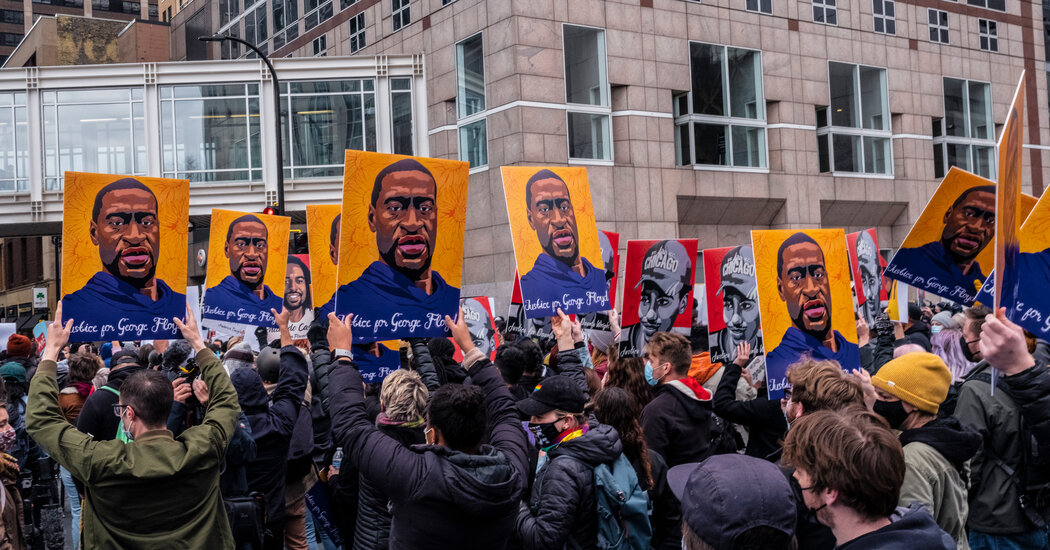 This verdict is a turning point. But the cycle of injustice and brutality is still repeating itself. The verdict was an affirmation that George Floyd’s life mattered. It’s a verdict that we shouldn’t have doubted, that shouldn’t have been rare, that we should’ve expected. We should’ve been able to be certain about it, for we should’ve been certain that what happened to George Floyd can’t be done with impunity. The fact that we didn’t know, the fact that we had to prepare ourselves for the verdict that would’ve said George Floyd’s life didn’t matter, attests to how small a step this is. An indispensable step, yes, but a small one nonetheless.

This verdict COULD be a turning point in history today. Only if justice is actually served, the sentence needs to be long enough, with no exceptions. Chuavin needs to be held accountable as an American citizen, and as a police officer who is supposed to protect his community. There is still so much work to be do be done. Justice will be served when lives stop getting lost and people start treating people like people no matter skin color or ethnicity.

Although just one case, I think this does set a huge precedent for the future moving onwards because it acts as a benchmark and idea that yes, police who are racially charged CAN be held accountable, and yes, they can be punished. With this in mind, I still think that the issue of racial justice and police brutality are far from over, and our long history of such problems in America is testament to that. It will take more than a few years to reverse the damage of centuries, meaning that protests and the topic of racial injustice should be at the forefront of our news, social media, and all cross the internet in order to continue raising awareness as a way to combat it.

I do think that it serves a turning point because even though I don’t think this is going to be the last incident it is a sign that the people are not going to turn a blind eye and pretend it never happened.

I am very happy with the verdict at the trial, but I definitely think that this is not the end. This piece of justice is a step in the right direction, but people shouldn’t just think that everything is over after the verdict was decided. Racial injustice still exists very much, and this is only the beginning, not an end. We should expect that justice is served, even in circumstances when the public is not involved as much as in this case. I think that it is clear that if we want change, then we will have to demand it.

I felt that these riots were something that needed to happen. It is sad that it had to come at the cost of someone’s life. However, it hopefully will spark enough of a fight to bring about real change.

Yes i think that the death of George Floyd made a major impact on american history. on camera we saw that the tragic footage of George Floyd pinned on the pavement while a cops knee was on his neck. it was very painful . police brutality is used everyday, the only reason why the George Floyd video go to so popular is because the police violence was luckily filmed. The BLM movement is now one of the largest movements in american history. so yes i agree that this is a giant step for the future.