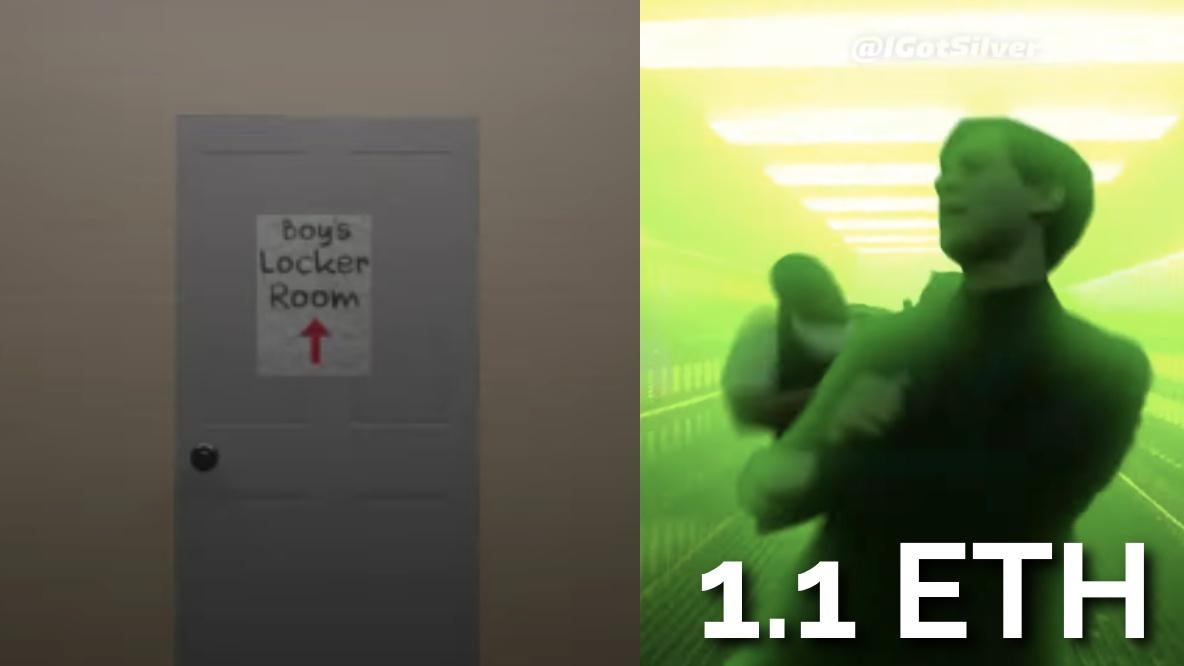 How much would you pay to own this meme video down below? If you said anything below 1.1 ethereum (around $2,500), you would’ve been outbid.

What does that even mean, to “own” a meme?

Nobody can really own a meme, right? Well, yes looking, saving, sharing, and screenshotting a meme is free and will always be free. But to buy and have the original image/video file and metadata of the meme is where the real value is found. Just like in art how there are millions of Picasso replicas but only original works hold the money, NFTs are a new artist’s digital signature that shows undeniable proof that this file or meme in this instance, is indeed the original. That proof is what holds value.

So, how are memes valuable?

When many people go to create a meme or use a meme generator, they think it’s quite easy —and often times it is. But as memes have evolved they’ve gotten to the point of being classified as art. Meme artists and digital creatives have profited recently by selling their work online as non-fungible tokens, or NFTs.

As large Instagram accounts continue to struggle to make steady incomes directly on the platform, selling their original digital creations elsewhere has seemed like the next thing to try. Meme accounts are always looking at what trends are happening and it makes sense that they would try to make some money off what they already do for free. To learn how this process works, it was easier to talk to someone who’s figured it out already. So, I sat down with one of the best original meme creators left on Instagram, @IGotSilver. IGotSilver, who’s real name is Andy, has grown an Instagram following of over 468,000 followers and is a partner with NeverThink.

Andy IGotSilver: I started making memes very randomly. I think the first “Meme” I ever really made was editing a friend of mine onto a can of ravioli, Sure, it looked like trash but when the rest of my friends from the friend group saw it, they loved it! Their reactions are what first got me to edit and as I edited more, I accidentally found myself making memes.

Weimer: How did you first hear of NFTs?

IGotSilver: I first heard about NFT’s when my friend @Toucher_of_cancer put on his story “Meme NFTs” and the first thing I asked him was “What is an NFT?”. After that, we made a group chat of pages interested in the field, and @Lushsux was really the person who answered the question of “What is an NFT?” to me and many others creators.

Weimer: What inspired you to mint Boy’s Locker Room 2 vs. other memes you’ve made into an NFT?

IGotSilver: “Boy’s Locker Room” is very much an iconic meme within the meme world. I released the original one almost 2 years ago and within those years, I was always getting bombarded with the same messages. “Waiting for part 2” “Where’s part 2?” “We Want Boy’s Locker Room 2!!” People got so impatient that they even made their own versions of it. I’ve made the video probably 3 other times but I scrapped them because they didn’t seem good enough. With NFTs on the rise and seeing how well people are profiting on them, it gave me motivation to finally finish the video.

Weimer: Where did you advertise your NFT listing, anywhere else other than your Instagram?

IGotSilver: Well, I’m still pretty nooby when it comes to advertising my NFTs. The best places to get into the community seem to be Twitter and Clubhouse but I really had no luck on those platforms.

Weimer: Do you make a consistent income through your meme page in anyway? Partnerships/ads/editing commissions?

IGotSilver: It could be consistent but I just choose to make money off my account whenever it’s necessary. I make most of my money from commissions and artist/record labels are always willing to pay for a meme commission.

Weimer: What about your meme do you think made it worth thousands of dollars?

IGotSilver: The real value of an NFT is really determined by the owner but if I had to choose what was it that created the value of it, it would be many different things. Maybe it was the hype that was built up for almost 2 years for that video to drop. It could’ve also been the fact that it’s one of the first Meme NFT’s to drop. At the moment, there’s not a lot of memes pages interested in this space so perhaps me being one of the first meme creators could’ve also brought up the value of the piece as well.

Weimer: What do you know about the person who bought your NFT, are you guys close now?

IGotSilver: I don’t know much about whoever bought my NFT. I’m not even sure if he followed me before he bought the NFT. He just seems to be a big NFT collector and looking through some of the pieces in his collection, he has many meme-related NFTs which could kind of explain why he liked the piece. After the piece sold, I congratulated and thanked them for buying the piece publicly as a post on my page. We don’t really talk much but he did buy my NFT which makes them a cool person in my book.

Weimer: Did you spend more time on this meme vs. others knowing you were going to sell it as an NFT?

IGotSilver: YES!!! I think this video was the longest video I’ve made and I know it took the longest to make. The video itself seems like a simple concept but doing it right was what took me a long time. The reason I scraped the other versions of Boy’s Locker Room was that I didn’t like them at all. I wasn’t happy with how they came out. I can’t calculate exactly how many hours I put into editing but basically, my life for 1-2 weeks was wake up, edit, eat (occasionally) and pass out. I say occasionally because I was so locked into making this video, that I would forget to eat sometimes.

Weimer: What do you plan to use the money on?

IGotSilver: At the moment, I’m saving it but if my NFTs become more popular, I plan to spend it on things to make my work better such as a new graphics card, plug-ins, programs, etc.

Weimer: What are your thought on the environmental issues surrounding NFTs? Did you find about them before you sold or after?

IGotSilver: I found out about them while making my first NFT. I’m sure every NFT artist knows about it now since their following will remind them a thousand times about it but it’s not the artist’s fault. I’m 200% sure every NFT artist would love for NFTs to run an environmentally friendly system but at the moment, we are working on a Proof of Work system and pushing for Proof of Stake, the more eco-friendly way for NFT artists to mint their artworks.

Weimer: What would you recommend to someone who wanted to sell their 1st NFT?

IGotSilver: I’m still pretty new to this space so I don’t have much advice to give. The two best things I could recommend are: One: Let the market value your work. Yes, there are many people who sell random garbage for a lot but that’s just luck. Start off low. Don’t just list your genesis piece for a huge amount. Two: Create your own style. This is one I’m still struggling with myself but create something that people can look at without a watermark and know that’s you. A style is what makes you stand out from everyone else.