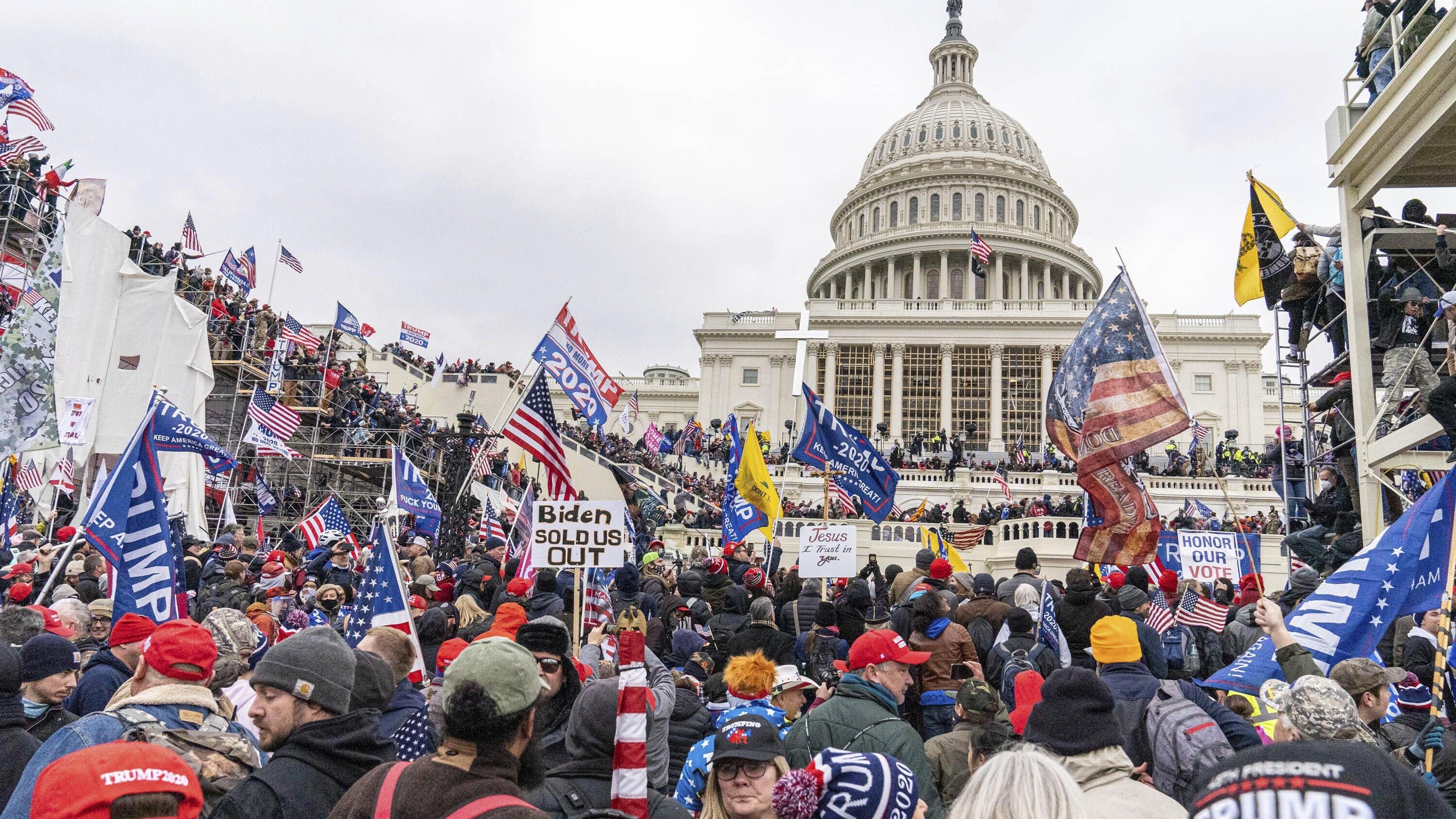 Federal authorities arrested a New York man Thursday accused of taking part in the Jan. 6 Capitol insurrection after a prospective date reported him to the police when he boasted about storming the Capitol in a message to her on a dating app.

Robert Chapman, from Putnam County, was arrested by the FBI and charged with trespassing and disorderly conduct on restricted government property.

The FBI were tipped off to Chapman’s involvement when a woman he had matched with on the dating app Bumble shared her messages, in which he allegedly said he “did storm the capitol” and “made it all the way into Statuary Hall.”

“We are not a match,” she allegedly wrote, before sending the messages and other information on Chapman to the authorities.

A review of bodycam footage showed Chapman inside the Capitol.

Federal officials have arrested and charged more than 400 alleged participants in the pro-Trump mob that stormed the U.S. Capitol on Jan. 6. Many alleged rioters have been turned in by family, friends and even online sleuths, who are deliberately using dating apps to gather incriminating evidence and confessions to hand over to the FBI. Many are charged with relatively minor offenses like unlawful entry, though more serious charges have been leveled against those who seemingly worked together to storm the Capitol, including members of the Proud Boys and Oath Keepers.

Officials have said their investigation into the Capitol riots is still well underway. At least one hundred more people will be charged, prosecutors said this week.