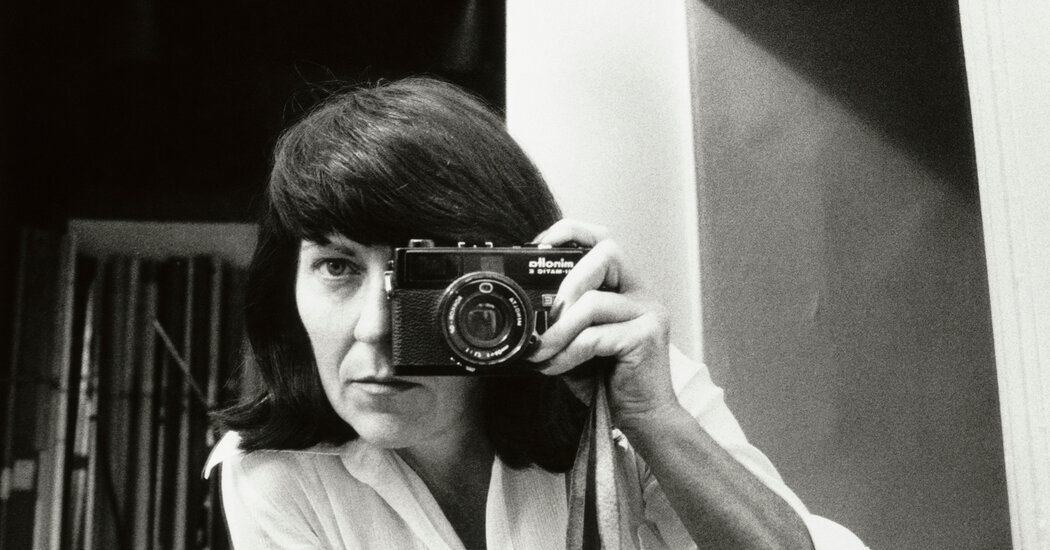 But later that year, the Newtons moved to Monte Carlo to avoid France’s high taxes. They spent their winters at the Chateau Marmont hotel in Los Angeles. In the mid-’90s, when the hotelier André Balazs bought the then-seedy Chateau and reimagined it as a playground of old Hollywood and contemporary fashion, the Newtons were its anchor tenants, its “most illustrious guests,” said Philip Pavel, the longtime manager there.

In an oft-told story that Ms. Newton loved to hear, one day while she was having her daily swim in the hotel pool, the palm trees that surrounded it were being pruned, exposing a nesting rat that fell on her back. (Ms. Newton survived; the rat did not.) The new hotel staff scrambled to make amends by throwing a grand dinner in the couple’s honor.

“I was thinking Monte Carlo, with chandeliers and silver and crystal,” Mr. Pavel said, “and I put together something that looked like a wedding banquet. June took one look at the long table and walked away. André said, ‘I think there’s been a mistake. What we’re going for is proletariat chic.’ So we chopped up the table and put paper cloths on it like an Italian restaurant with bowls of pasta and bottles of plonk. That was more their way.”

He added: “There was something about June that was incredibly authentic, and she demanded authenticity from other people. She could get people to sing on command. She would say, ‘It’s time to sing for your suppah!’ I saw her make Rob Lowe sing, and Joan Collins. When Helmut died, she made Anjelica Huston sing ‘Danny Boy.’ She would often remind you, in her best Shakespearean actor’s voice, ‘To thine own self be true,’ pointing her finger at you.”

Since her husband’s death in 2004, Ms. Newton had been the keeper of his legacy as president of the Helmut Newton Foundation in Berlin, which exhibits his work and that of others. Her photographs have been shown at the National Portrait Gallery in London, the Maison Européenne de la Photographie in Paris, and the Newton foundation.

Throughout their long marriage, the couple trained their cameras on each other, too, in an ongoing and very tender visual diary that captured personal moments — Mr. Newton in a hospital bed after a heart attack; Ms. Newton dusting shelves with no clothes on. They collected these and other images in the 1999 book “Us and Them.”