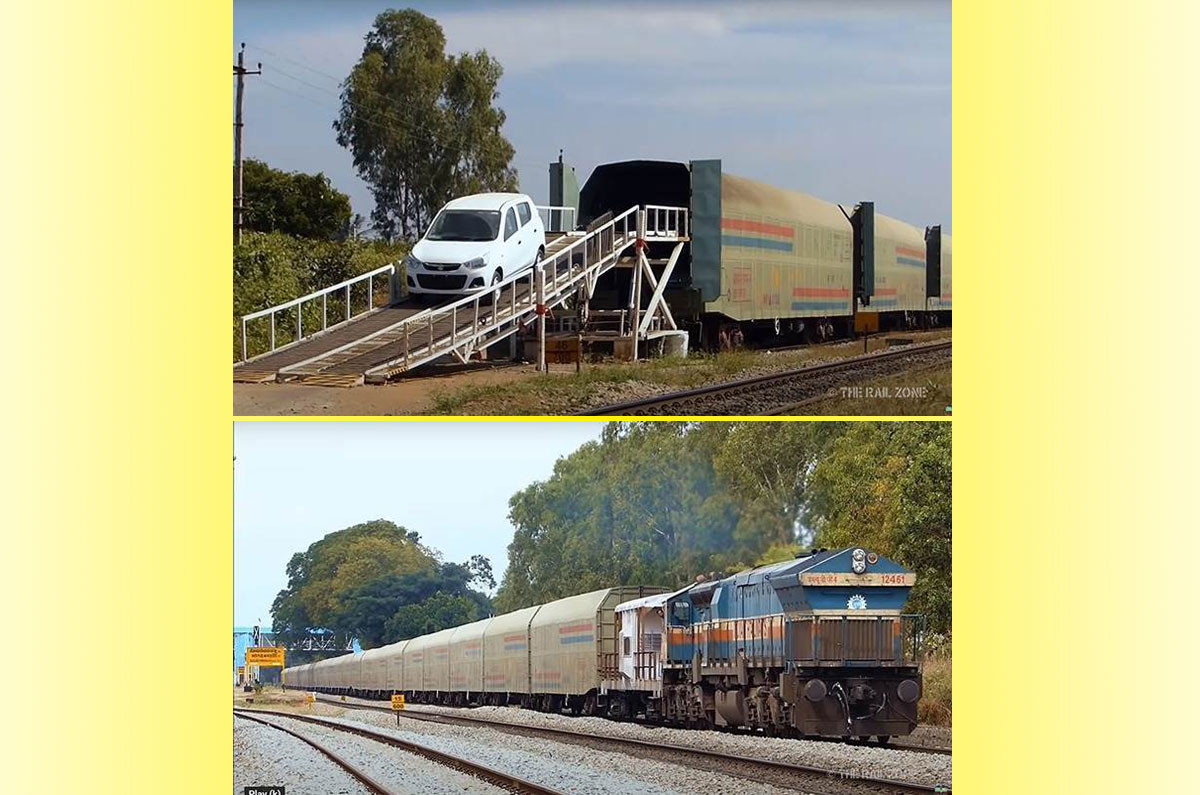 Maruti Suzuki’s use of the Indian Railways is paying off. With dispatches of over 1,80,000 vehicles in FY2021, the company has recorded its highest shipments in a fiscal year.

Considering Maruti Suzuki sold 12,93,840 units in FY2021, the rail shipments account for nearly 14 percent of its total sales in India, highlighting the importance of the dispatches by rail to far-flung corners of the country. Furthermore, the increased focus on using railways has helped the company offset over 3,200 MT of CO2 emissions, cumulatively.

Explaining the objective of using railways for transporting vehicles, Kenichi Ayukawa, Managing Director & CEO, Maruti Suzuki India said, “The transportation of finished vehicles via railways has many tangible benefits. It is a clean, environment-friendly mode of transportation. It reduces congestion on highways and there is more space available to other vehicles. Therefore, as a conscious effort, at Maruti Suzuki, we have taken important steps to enhance vehicle transportation via railways. We thank the Ministry of Railways for their support, which helped to increase our volumes transported via rail.”

The Indian Railways can be credited with accelerating the shipment of automobiles in recent years. With growing volumes, there was a need for a shift to high-capacity dedicated wagons. Accordingly, Indian Railways’ design arm RDSO (Research Design and Standard’s Organization) took feedback from vehicle manufacturers, including Maruti Suzuki. RDSO developed a new design, twin-deck rake that doubled the carrying capacity to 265 cars. Over 1,40,000 Maruti Suzuki cars were transported through these twin-deck rakes.

RDSO further developed the rakes to improve the carrying capacity by 20 percent. These changes were based on inputs from Maruti Suzuki and other carmakers and brought in wider flexibility to carry vehicles of varying dimensions and also have capability for faster speeds.

These rakes carry up to 318 cars and can be operated at speeds of 95 kilometres per hour, the highest for any goods train in India. All these improvements, including higher speeds brings in operational efficiency.

Till date, 36 high-speed and high-capacity rakes are in active use by Maruti Suzuki and its service providers for dispatch of its vehicles.

Along with Maruti Suzuki, a number of other manufacturers including Hyundai, Kia, Mahindra and Honda Motorcycle & Scooter India have also adopted the railway transportation route.

Clearly, India Auto Inc is finding good value in transporting its finished goods by the rail route rather than sticking to the conventional truck logistics model. Immediate benefits to manufacturers is the Indian Railways’ expansive network, better reliability and cost efficiency compared to road logistics. Moreover, it also allows offsetting the carbon footprint as a single train can replace several trucks running on the road.

A single freight train can replace several trucks, freeing up space on the highways and reduce their wear and tear as well as the pressure on the government for their rebuild and maintenance. From the manufacturers’ perspective, some of the key benefits are:

Cost efficiency – By transporting vehicles to far-flung corners of the country using the railways, manufacturers can reduce their logistics costs substantially by as much as 15-40 percent. Improved railcar design, specialised railcars, and other factors have helped increase the amount of freight railroads carry.

High level of reliability – Fixed travel schedules, not having to share public roads and highways with other traffic means trains can travel unhindered to their destination, in all weather conditions.

With increasing focus on sustainability and the need to go green across different operations of the business, expect more automakers to gradually start adopting railroad to make their products reach customers faster and in an eco-friendly manner.