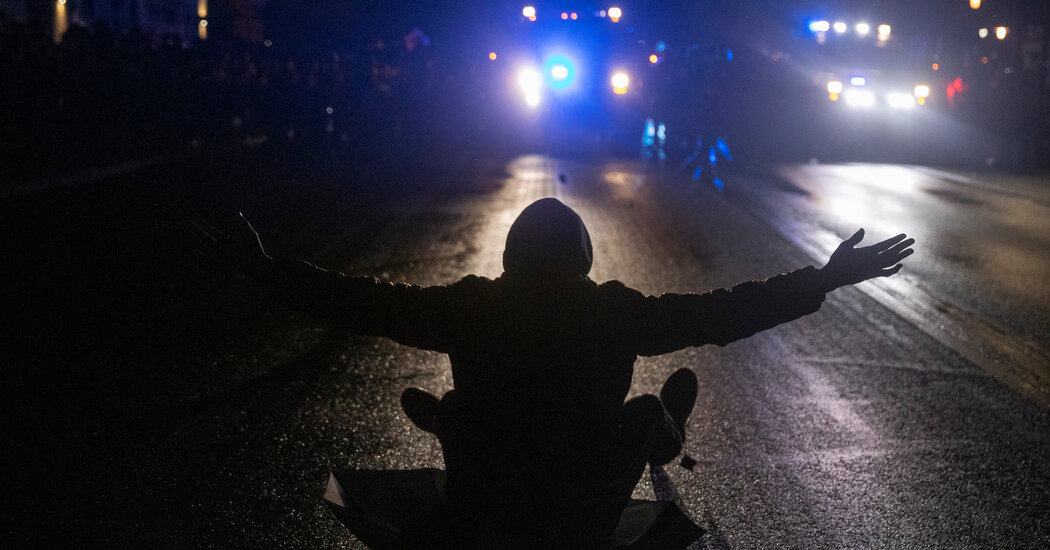 In “What Is to Be Done About American Policing?,” published last July, Spencer Bokat-Lindell presented three paths to policing being debated in the streets, in the press, in academe and in Congress at the time. Here are some excerpts:

The idea of eliminating policing as we know it is foreign to most Americans, but it is not new. A concept with roots in the midcentury civil rights and prison abolition movements, it has certainly become more mainstream in recent years: In 2017, Tracey L. Meares, a professor at Yale Law School who served on the Obama administration’s President’s Task Force on 21st Century Policing, wrote that “policing as we know it must be abolished before it can be transformed.”

The rationale for abolition traces back to the genesis of American policing. As Mariame Kaba, an activist and organizer, explains in a Times Op-Ed, policing evolved in the South in the 1700s and 1800s from slave patrols, white vigilantes who enforced slavery laws by capturing and “returning” black people who had escaped enslavement. In the North, policing emerged as a way to control an unruly “underclass,” which included African-Americans, Native Americans, immigrants and the poor, in service of the rich. “Everywhere,” she writes, “they have suppressed marginalized populations to protect the status quo.”

Commissions to examine police brutality have been convened since 1894, but none of them has solved the problem Ms. Kaba views as inherent to the institution’s design. The only way to do so, she argues, “is to reduce contact between the public and the police.”

Abolition is closely related to the demand to defund the police. If abolition is the goal, defunding is a method — but a method that people who oppose getting rid of all policing can also get behind. As a more technocratic call, it doesn’t necessarily entail eliminating budgets for public safety, as Christy E. Lopez, a professor at Georgetown Law School, explains in The Washington Post. Rather, it means “shrinking the scope of police responsibilities and shifting most of what government does to keep us safe to entities that are better equipped to meet that need.”

Even some police officers agree that Americans rely too heavily on law enforcement. “We’re asking cops to do too much in this country,” the former Dallas Police Chief David Brown said in 2016. He elaborated: “Every societal failure, we put it off on the cops to solve. Not enough mental health funding, let the cops handle it. … Here in Dallas we got a loose dog problem; let’s have the cops chase loose dogs. Schools fail, let’s give it to the cops. … Policing was never meant to solve all those problems.”

Most Americans oppose calls to defund the police. In a letter to The Times, Stephen Crawford, a research professor at George Washington University, points out that when the Baltimore police stepped back after the uproar over Freddie Gray’s death in 2015, crime rose and Baltimore’s homicide rate became the highest in the nation.

“It is naïve to think that abolishing the police will radically reduce robbery, rape and murder, even if all the saved money is reallocated to better housing, schools, jobs and social services,” Mr. Crawford writes. “Fixing these broader problems will take far more resources.” But he also calls it equally naïve to think that the problem with policing is just a few bad apples. “Real reforms are possible, and it’s important to seize this rare opportunity to achieve them.”

Read the entire article, then tell us what you think: Does policing in America need to be reformed, defunded or abolished? What changes, big or small, do you think we need nationally and locally?

For more information on policing in America, you might look at The Times’s Race and Policing topics page or at these recent articles:

Beyond The Times, here are some other resources that explore a range of perspectives:

How To Launch An eLearning Business With Limited Resources