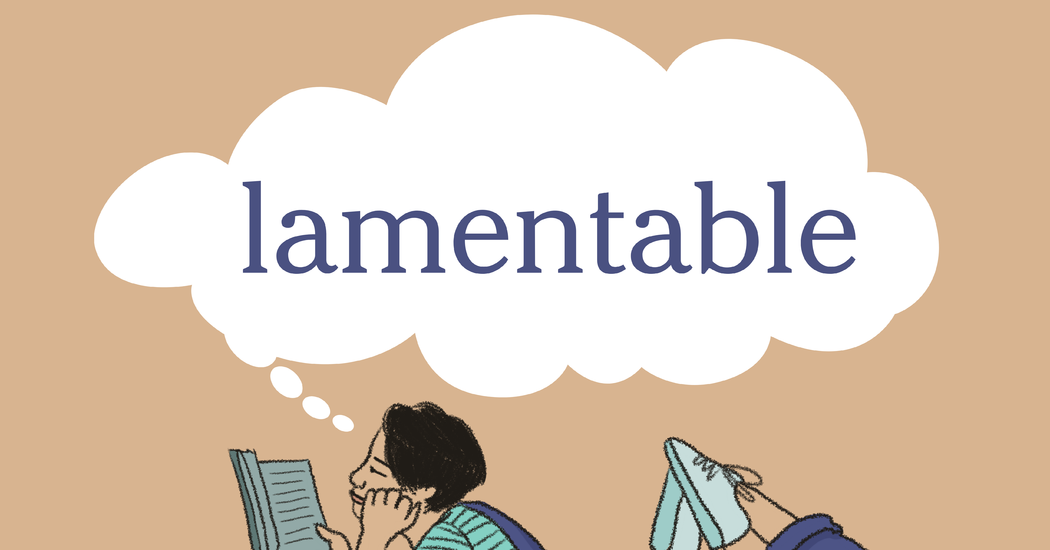 : bad or unfortunate, deserving of regret

The word lamentable has appeared in 11 articles on NYTimes.com in the past year, including on Sept. 21 in “Madrid Opera Shut Down by Audience Angry at Crowding in Cheap Seats” by Raphael Minder:

On Sunday, a performance of Giuseppe Verdi’s “Un Ballo in Maschera” at the Teatro Real was canceled after spectators spent more than an hour shouting and clapping to protest against what they said were insufficient social distancing measures in the opera house’s mezzanine levels. Photos and videos shared on social media showed filled rows in the upper sections of the house, in contrast to the orchestra level of the auditorium, where spectators were separated by vacant seats.

… The Teatro Real spokeswoman said the opera house would investigate what she called “a lamentable incident.” In the future, spectators will be offered to relocate before the start of the performance, if it is clear that there are other sections that are less crowded, she added.

Can you correctly use the word lamentable in a sentence?

If you want a better idea of how lamentable can be used in a sentence, read these usage examples on Vocabulary.com.