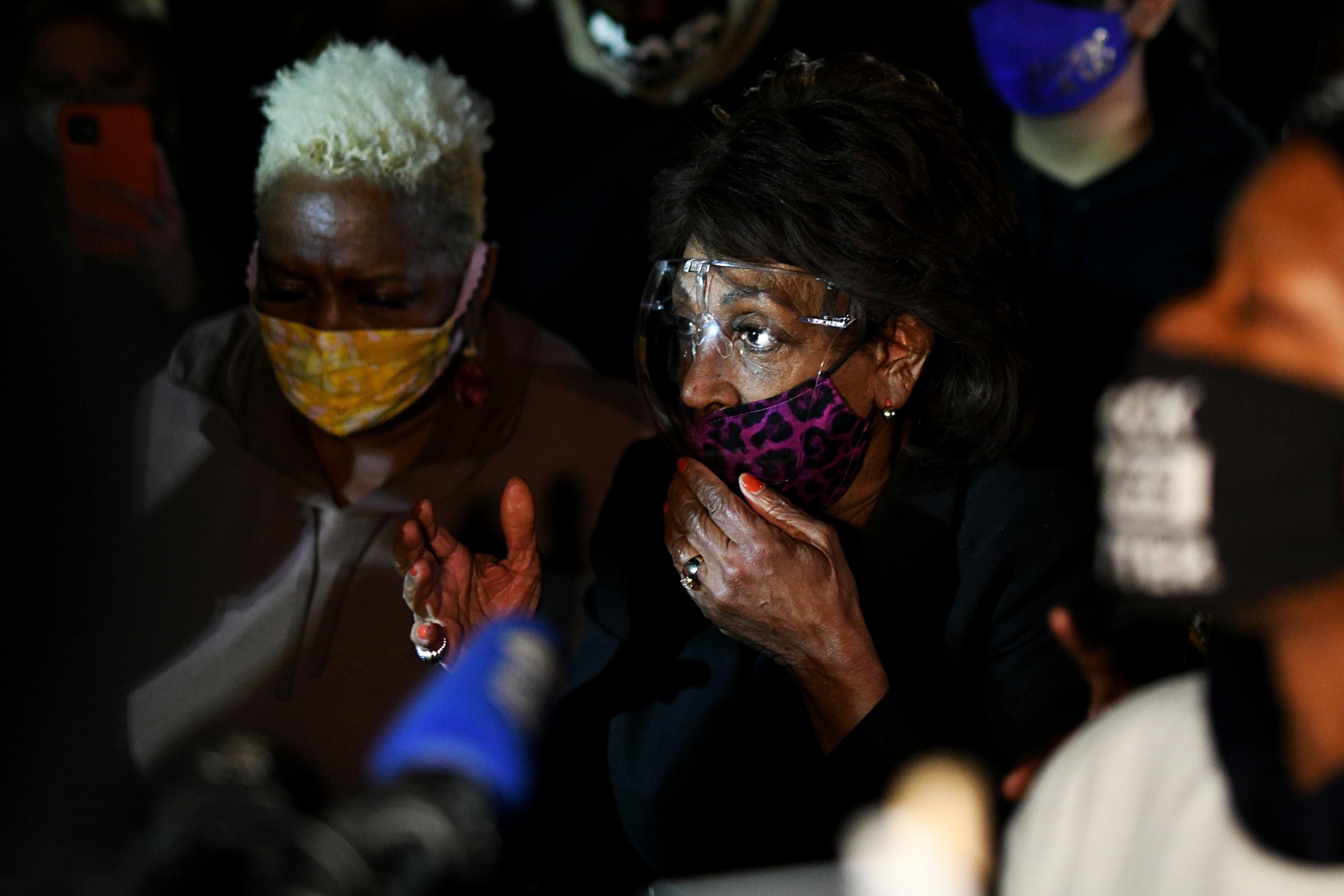 Rep. Maxine Waters (D-Calif.) traveled to Minnesota this weekend, urging protesters to “stay in the street” and to even become “more confrontational” if former Minneapolis police officer Derek Chauvin is acquitted of killing resident George Floyd this week.

Waters had arrived in Brooklyn Center, Minn. on Saturday to join demonstrations over the police shooting of Daunte Wright last week. During a traffic stop an officer shot and killed the 20-year-old with a handgun after intending to use a Taser. The incident, which took place just 10 miles from the courthouse where Chauvin is being tried in the murder of Floyd, has sparked nightly demonstrations.

In a video shared on social media, the California congresswoman was heard calling for protesters to ignore a curfew.

On Sunday, the hashtags #MaxineWaters was trending along with #BrooklynCenter and #DaunteWright to rally support for justice for Daunte Wright and George Floyd. However, many critics of the liberal lawmaker have taken issue with her calls to become “more confrontational,” which they say was calling for protesters to commit acts of violence.

“Why is Maxine Waters traveling to a different state trying to incite a riot? What good can come from this?” pondered Republican Congresswoman Lauren Boebert of Colorado (@laurenboebert).

Many echoed a sentiment that no lawmaker should make such comments, and there were calls for an investigation that could lead to Rep. Waters being stripped of her congressional committee assignments.

Lawyer Will Chamberlain, senior counsel at the Internet Accountability Project and the Article 3 Project, voiced his concern on social media and called for such action, “Maxine Waters must be – at a minimum – stripped of all her committee assignments.”

“Even as the nation is witnessing nightly riots and violence against police, Maxine Waters prejudges an ongoing trial and urges a crowd to ‘get more confrontational’ if she doesn’t like the verdict,” wrote conservative filmmaker Dinesh D’Souza (@DineshDSouza).

By Sunday afternoon, the hashtag #ImpeachMaxineWaters also began to trend, and a common refrain was that that she actually called for an incitement to violence or to riot. Hundreds of tweets expressed the concerns that Rep. Waters’ calls could lead to destruction of property and even put some in serious danger.

There have already been reports that at least two National Guard troops had been injured after gunmen opened fire on their vehicles in Minneapolis. That attack reportedly came just hours after Waters made her call to be more confrontational.

Waters’ calls to action have been met by such vigor that it shows the power of the platform to raise attention to an issue – even one you may not agree with.

“Just like any other form of mass communication, social media has the power amplify a message and allow it to spread rapidly,” explained said futurist and brand strategist Scott Steinberg. “And this happens at a larger magnitude than we’ve ever seen before.”

One factor is that a call made on radio or TV is only present if you are watching or if the statement is repeated. In the case of social media, when something begins to trend it further takes on a life of its own.

Thus even as many on the right may have condemned Waters’ words, it also worked to further share the message – which could also lead to violence. It could also be argued that Waters really didn’t call for violence, just for people to express their outrage over recent incidents involving the police in Minnesota.

Some experts could have a different view.

“Anything that incites people to violence even in a roundabout way would not be welcome by the courts,” added Steinberg. “As we’ve seen there is a very fine line between what is free speech and felonious behavior however, but it isn’t clear Waters actually crossed that line.”

It is likely that social media could be used to stir the pot and stir up violent behavior simply because it can reach so many so quickly.

“We can and should expect more of this,” warned Steinberg. “The old rules of engagement are out the windows as social media is used for the rallying cry. It is human nature being what it is – the loudest voices are what people assume to be the most authoritative and social media is able to amplify the voices like nothing before. In an uncertain situation people gravitate to the loudest voices even if the message isn’t accurate or valid.”