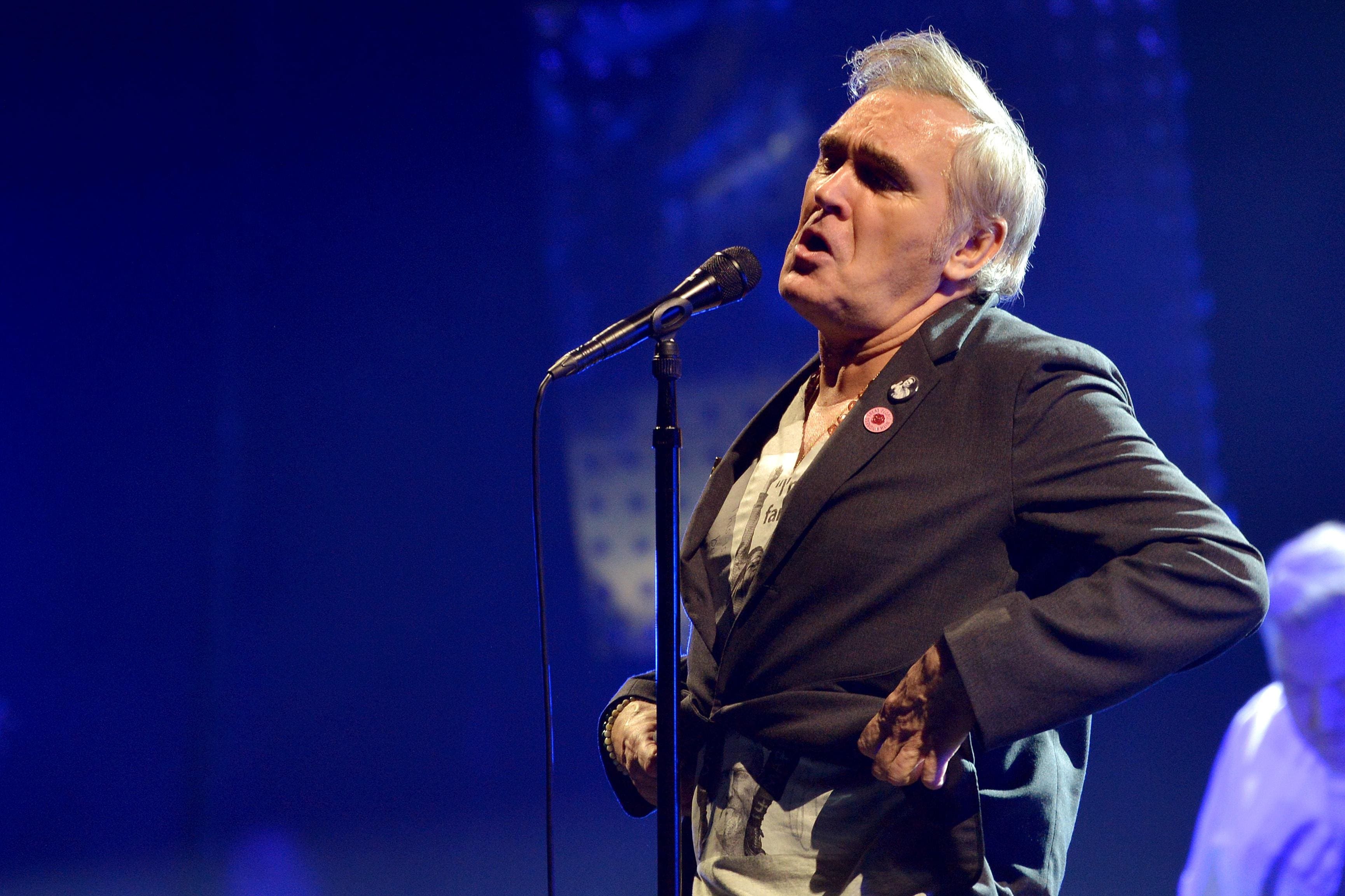 Satire can be subjective, but generally celebrities should be used to even the most unflattering depictions.

That certainly isn’t the case with British singer Morrissey, and former frontman of the 1980s alternative rock band The Smiths, who took to Facebook early Monday to write a searing diatribe about Fox’s The Simpsons. Sunday’s episode of the longest running TV comedy, titled “Panic on the Streets of Springfield,” featured a thinly veiled version of the singer named Quilloughby.

In the episode, Lisa Simpson is unable to find any music she actually likes on a fictional streaming service based on the real world Spotify. In the end she discovers the alt-band The Snuffs – clearly inspired by The Smiths just as past episodes have coyly transformed Apple into Mapple. Feeling pre-teen angst, Quilloughby becomes Lisa’s imaginary friend – a fact Matt Selman (@mattselman), Simpsons executive producer, clarified on Twitter was inspired by Taika Waititi’s Jo Jo Rabbit.

While many real life rock bands – including The Red Hot Chili Peppers, The Who and The Rolling Stones – have appeared as themselves, in this case the fictional/satirical Quilloughby was voiced by British actor Benedict Cumberbatch.

Tim Long, who wrote “Panic on the Streets of Springfield” – a clear reference to The Smith’s “Panic,” which has the lyrics “Panic on the streets of London, Panic on the streets of Birmingham” – told Stereogum that the character isn’t just Morrissey. Long suggested Quilloughby is “definitely Morrissey-esque, with maybe a small dash of Robert Smith from the Cure, Ian Curtis from Joy Division, and a bunch of other people.”

Near the end of the episode, Lisa is attending an actual concert where the real Quilloughby is performing. Instead of the slim 1980’s rock star, Quilloughby looks more like an over-the-hill and overweight has-been – a sight not unfamiliar to anyone who has gone to see former 80’s acts on tours in recent years.

Even worse, the not imaginary Quilloughby tells the audience, “Can’t you see this show is just a cash grab. I’m only here because I lost my fortune suing people for saying things about me that were completely true.”

The character was also seen eating meat, claiming “veganism” was invented by “foreigners” a not so subtle dig at Morrissey’s anti-immigration stance.

The very real Morrissey was not amused at the satirical depiction and shared his thoughts on Facebook, writing:

“Poking fun at subjects is one thing. Other shows like SNL still do a great job at finding ways to inspire great satire.

But when a show stoops so low to use harshly hateful tactics like showing the Morrissey character with his belly hanging out of his shirt (when he has never looked like that at any point in his career) makes you wonder who the real hurtful, racist group is here. Even worse – calling the Morrissey character out for being a racist, without pointing out any specific instances, offers nothing. It only serves to insult the artist.”

@zach2302 responded to Morrissey’s Facebook post, tweeting, “which is strange because that’s the exact same sentiment most people have toward morrissey being a hateful old racist”

While some could argue that The Simpsons took the joke too far – Quilloughby was seen eating a sandwich, acting a sell out and being rather racist – Morrissey’s response only fanned the flames, which could have turned into a full on social media firestorm.

“By speaking out on social media, he amplified the situation and made it more ludicrous,” explained Crandall. “It’s pure satire and satire is best when it folds back into reality. He probably would have been better off by simply ignoring the episode and the similarities between the fictional character and himself. Unfortunately, he could not resist.”

It also isn’t surprising that many people then jumped on social media to weigh in after Morrissey spoke out. Social media is tailor made for such a reaction.

“Yeah, social media changes everything,” said Billy Pidgeon, independent technology analyst and professional musician. “It’s not news that social platforms accelerate the formula where outrage, distraction and fear attract reach to pay out in ever-increasing attention and engagement. What remains surprising and entertaining is the furious overreaction to trivial arguments peculiar to online debates.

“Of course Morrissey should not have responded, as he lacks the social clout to power his dissent,” explained Pidgeon. “And implying that it’s racist to call someone a racist is Trumpian level buffoonery. The overwhelming response to his complaints is going to be pretty much ‘OK boomer’ subjecting him to further online ridicule. At least he’s punching up, but The Simpsons wins again.”

In addition, his reaction could make it worse.

“We all know by now how easy it is for people to sit alone at their computers and spew negativity online,” added Crandall. “Weighing in on a sensitive topic like this for Morrissey only adds fuel to the fire for people trolling for their day’s entertainment. Social media is immediate, intense, and quite frequently negative. Today, Morrissey is the topic of entertainment for many online and the fallout is likely to hurt Morrissey’s feelings even more.”

There is an argument that celebrities seem drawn to such controversy like moths to a flame, but that doesn’t mean such engagement is necessary – yet it could allow Morrissey to remain relevant today.

“More current celebrities with large followings would be able to sustain a more spectacular battle,” added Pidgeon. “And of course the controversy will fuel clickbait to grab more attention.”