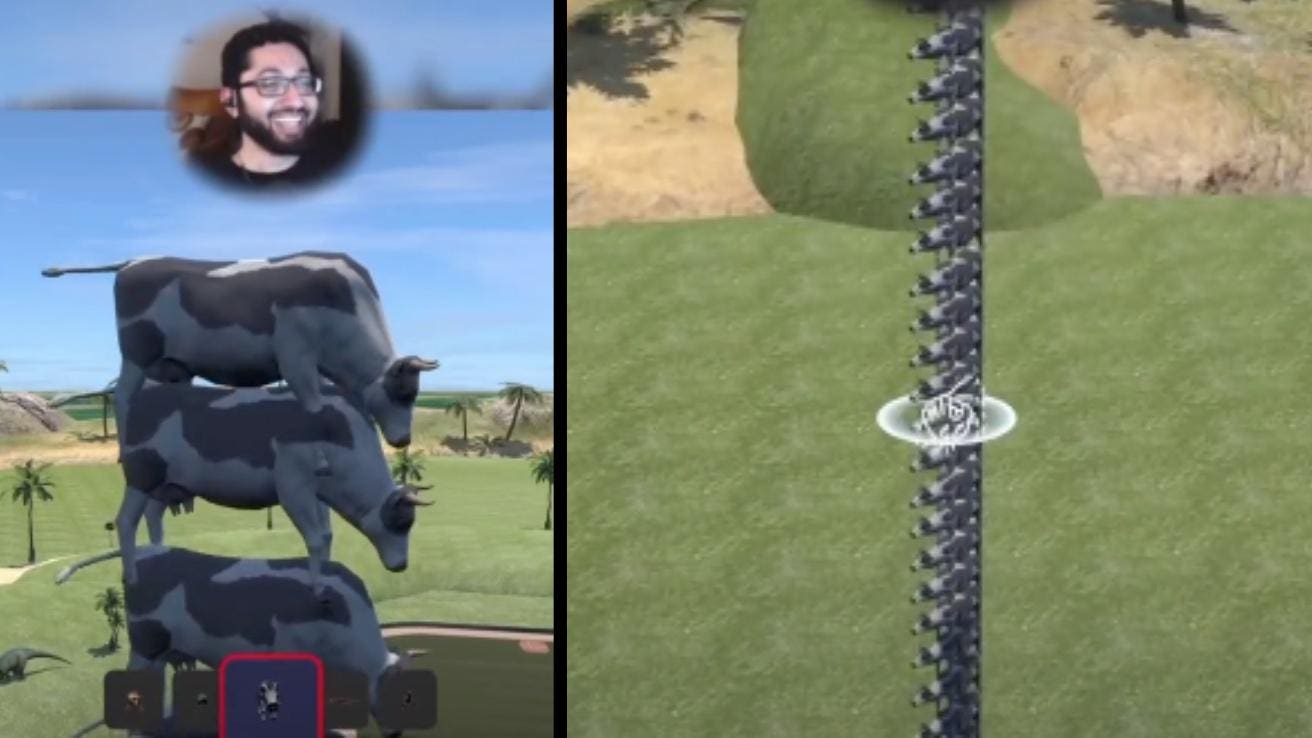 Stadium Creator is here in MLB the Show 21

The future is now sports and cow fans. MLB the Show 21 for PS5/Xbox has added a much requested mode that baseball gamers haven’t seen since MVP Baseball 2005. The Stadium Creator mode allows players to make their own baseball stadium or edit existing MLB ballparks. You’re even able to play against your friends using your creations.

This mode is unfortunately limited to those with next-gen consoles, not the PS4 or Xbox One.

The Cower of Power

One particular piece of this new feature stuck out to an up and coming TikTok creator and Twitch streamer DudeFood Gaming. You can add farm animals to the outfield of your stadium, a cow being one of them. But not only can you add just one beautiful cow, you can add hundreds. All on top of each other.

“Don’t tell me I’m allowed to do this,” he said. DudeFood saw the views and comments start to trickle in on his TikTok and to him, he’s already beaten the game. DudeFood, who’s real name is Tayseer, is a big White Sox fan has been creating MLB the Show content since 2018. “I like to find creative ways to enjoy the different modes in the game and ways to share it with my community.”

After creating this tower of cows, he took to the field and started playing games in it. In a YouTube comment, Dude Food mentioned that he, “already made the coul poles.”

True baseball video game fans will remember this is not the first time a cow has made a funny appearance in a video game. In the farm stadium in Backyard Baseball 2005 for PC, you can see a UFO abducting a cow in the outfield.

MLB the Show 21 has been out since April 16th for owners of the Jackie Robison edition, which costs $100 vs $60 for the normal base price which releases April 20th. Much like Super Smash Bros. Ultimate’s stage builder mode, creativity has flourished amongst users who love making their own environments to play in. Video games that allow a sandbox mode or give players tools to customize their gameplay often create a plethora of memes and funny videos that circulate heavily online. Someone has already created the field from the legendary baseball movie Field of Dreams.

It will be exciting to see what other stadium creations baseball gamers come up with and who can make the weirdest and wildest stadiums to play America’s pastime in.