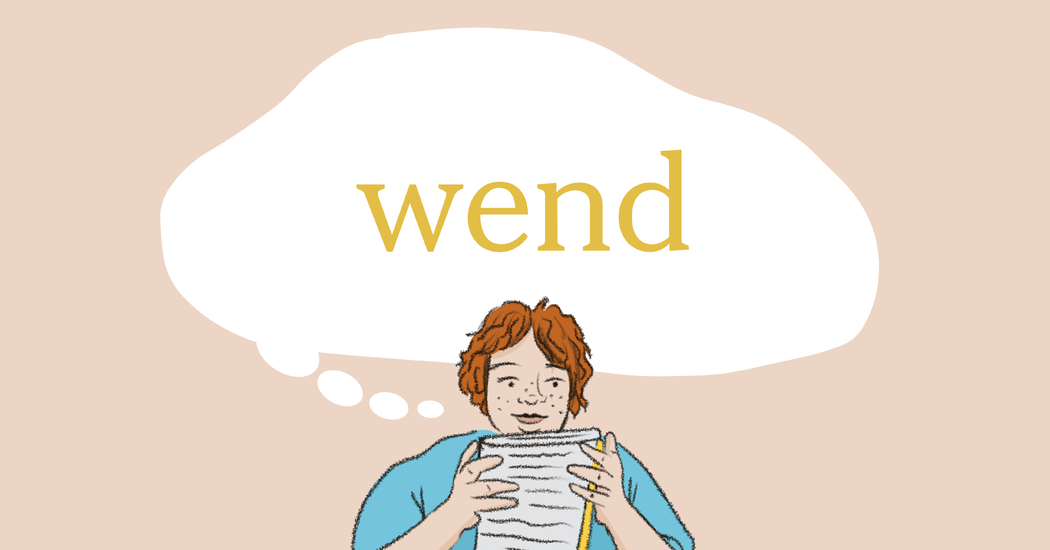 The word wend has appeared in 11 articles on NYTimes.com in the past year, including on Oct. 22 in “‘Ham on Rye’ Review: Coming of Age, With Existential Unease” by Glenn Kenny:

With his first feature, the director and co-writer Tyler Taormina delivers something at first familiar and then increasingly — but never ostentatiously — strange. “Ham on Rye” can be taken as an allegory for middle-class suburban life in America, but it’s got added value as a potent mood piece, accomplished with a bare minimum of means.

It’s late spring in the suburbs, and boys and girls of high-school age are dressing up — not quite in prom wear, but in sundresses and ties and jackets, headed to some kind of event. As they wend their way through more or less quiet streets, the boys talk, crudely but with awkward innocence, about sex. The girls talk about fashion and popularity.

Can you correctly use the word wend in a sentence?

If you want a better idea of how wend can be used in a sentence, read these usage examples on Vocabulary.com.