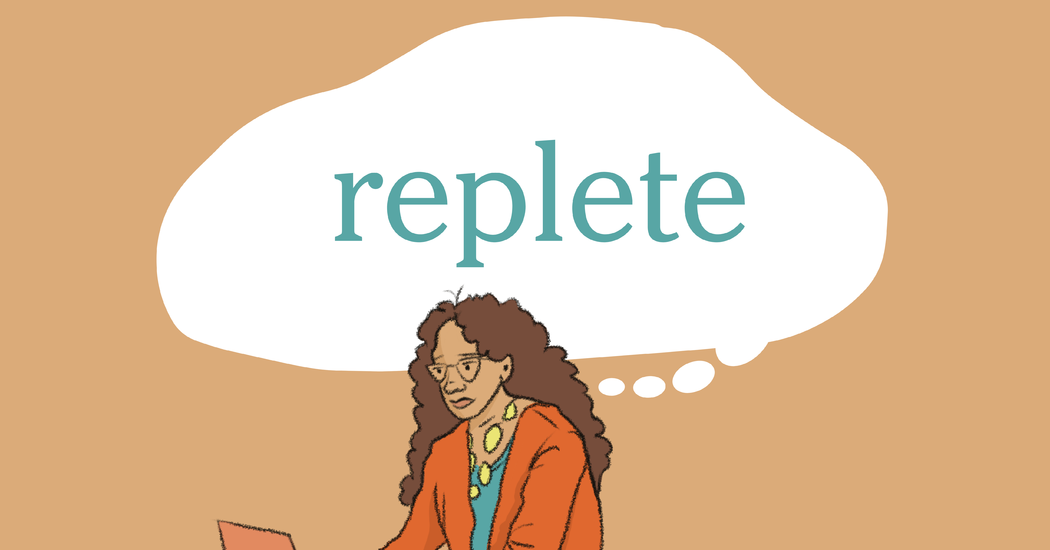 1. deeply filled or permeated (followed by with)

2. filled to satisfaction with food or drink

The word replete has appeared in 114 articles on NYTimes.com in the past year, including on March 14 in “Blue Ivy Carter, Beyoncé’s daughter, wins her first Grammy.” by Julia Jacobs:

At only 9 years old, Beyoncé’s oldest daughter, Blue Ivy Carter, is already starting to follow in her parents’ footsteps, winning her first Grammy for her role in the music video for “Brown Skin Girl.”

“Brown Skin Girl,” a celebratory anthem filled with familiar faces — including Lupita Nyong’o and Kelly Rowland — is replete with imagery of loving relationships between Black women: mothers and daughters, sisters, friends. Blue Ivy appears at the beginning, with a shot of her playing a hand clapping game with her mother. She later appears all dolled up like a debutante, wearing a string of pearls and white gloves.

Can you correctly use the word replete in a sentence?

If you want a better idea of how replete can be used in a sentence, read these usage examples on Vocabulary.com.