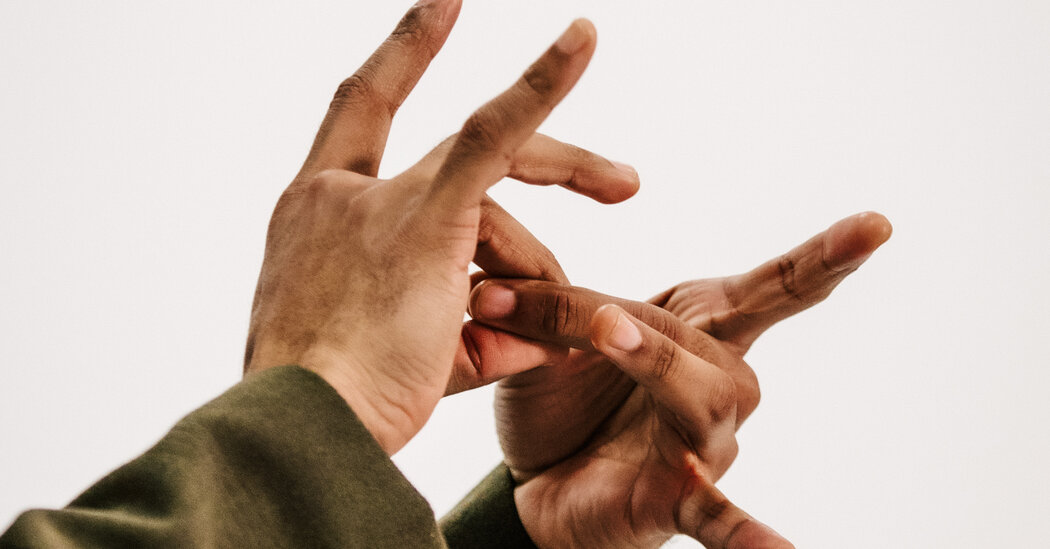 5. How has the pandemic fostered new visibility for signing and music? Give at least one example.

6. In creating Sing and Sign’s interpretation of Bach’s “St. John Passion,” Susanne Haupt said, “We didn’t want to just translate text. We wanted to make music visible.” How did Haupt, along with deaf people and a choreographer, do that? Why was making the music “visible” especially important for this piece?

7. Why, according to the article, is who should be entrusted with the process of making music visible “a contentious question”? Cite at least one quote to support your response.

Christine Sun Kim, who performed the national anthem and “America the Beautiful” in American Sign Language at the 2020 Super Bowl, wrote in this Opinion essay:

While Fox Sports announced the signed performance of the two songs on Twitter, it did not actually show it. On the television broadcast, I was visible for only a few seconds. On what was supposed to be a “bonus feed” dedicated to my full performance on the Fox Sports website, the cameras cut away to show close-ups of the players roughly midway through each song.

Why have a sign language performance that is not accessible to anyone who would like to see it? It’s 2020: We’ve had the technology to do so for decades.

Still, she explained why she felt the need to perform:

Our rights can easily disappear if we do not continue to show up in places like the Super Bowl.

I had hoped to provide a public service for deaf viewers, and believed that my appearance might raise awareness of the systemic barriers and the stigmas attached to our deafness — and move some people to action. I hope that despite the failure of Fox to make the performance accessible to all, it did do that.

She concluded her essay:

I wholeheartedly support the efforts to promote accessibility and equality that have been undertaken by the N.F.L. and the N.A.D. I also stand in recognition and support of those who have used the N.F.L.’s platform toward wider goals of social justice. I see my performance as part of that expression.

Discuss with your classmates:

Option 2: Experience what music feels like for a deaf person.

Agile Principles For The eLearning Industry