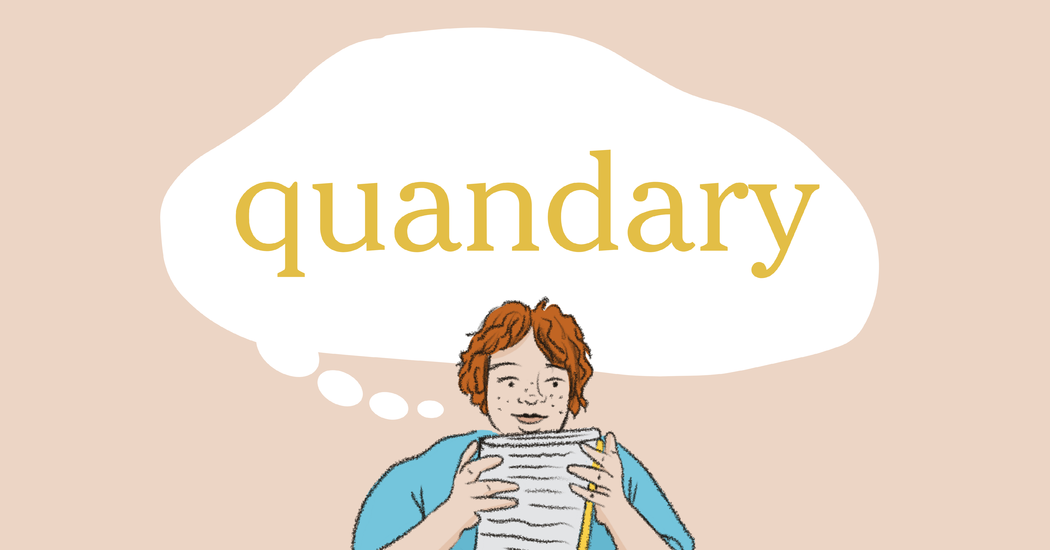 1. state of uncertainty or perplexity, especially one requiring a choice between equally unfavorable options

2. an especially unpleasant or trying situation from which extrication is difficult

The word quandary has appeared in 120 articles on NYTimes.com in the past year, including on Feb. 28 in “Olympians Enter a Risky New Event: Line Jumping” by Andrew Keh:

Last month, after the Belgian Olympic committee requested 500 vaccines from the government, the team doctor Johan Bellemans told Sporza, a national TV network, that Olympic athletes were at higher risk for infection because of their travel schedules, and said that they had been testing positive at a higher rate than the country’s general population. And, he said, “Obviously, we don’t want our athletes to be at a competitive disadvantage.”

All of this has presented a quandary for the International Olympic Committee and organizers of the Tokyo Games. When the athletes arrive in Japan in July, they will be entering a country that is nowhere close to herd immunity. Japan started vaccinating health care workers only in mid-February, and it does not plan to start inoculating older residents until mid-April. Taro Kono, the cabinet minister in charge of the vaccine rollout, recently said that the Games were “not on my schedule at all.”

Can you correctly use the word quandary in a sentence?

If you want a better idea of how quandary can be used in a sentence, read these usage examples on Vocabulary.com.