The answer could be important because publishers who make changes to improve their Core Web Vitals (CWV) scores may be anxious to see the positive results of their changes, regardless of how small the ranking factor itself is.

This is the question asked:

“This page experience algorithm which is coming in May… just wanted to know if it will be a real-time algorithm or something like core updates where it will be updated from time to time?”

Usually when John Mueller is asked a tricky question he pauses to think about it. But with this question he answered right away without hesitation. 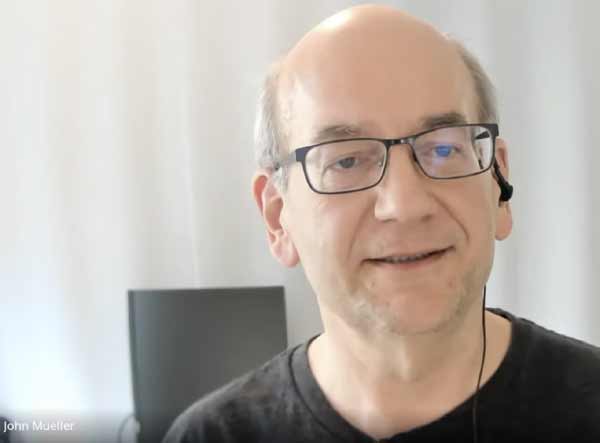 I mean… part of that is also that there is just a general lag for the data anyway.

…We kind of have to wait that period of time until we have collected enough data.”

Mueller was making a reference to the Chrome User Experience data (CrUX) that is collected by Chrome users who have opted into participate in providing page speed and web vitals information to Google.

The core web vitals data is collected and updated every 28 days. That means the scores reported in Google Search Console or in tools like PageSpeed Insights are reports of what Google measured in (roughly) the previous 28 days.

That’s what Mueller was referencing when he said there was a “general lag for the data.”

“So I suspect it’s not something that will be optimized for… speedy updates but more kind of to have a clear understanding of the overall picture.

…my guess is it’ll be more something of a slow thing rather than a real-time change.”

Some algorithm related factors are applied in real-time, like links. The Penguin algorithm has been described by Google to be a real-time algorithm.

Other factors like a widescale change to website content can take up to a few months to impact rankings depending on how many pages have changed.

It’s apparently something that’s not been discussed with him and frankly it’s probably not something people are wondering about… until now.

Some may believe that knowing how often the CWV ranking signal is updated is important because ranking factors can impact rankings.

When a site publisher updates their site there follows a waiting period for feedback that will indicate how the changes impact ranking (if at all).

His answer was more of an educated guess and a very reasonable one.

Would a more accurate and definitive answer matter?

Watch the video, beginning at about the 50 second spot: