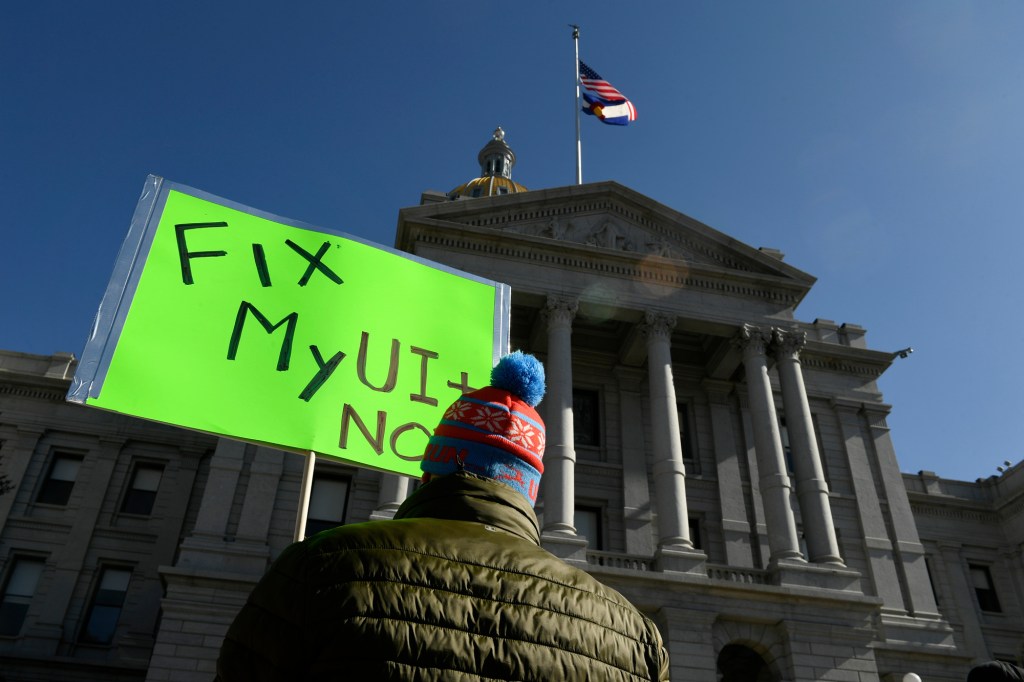 The Colorado Department of Labor and Employment plans to send out letters later this month to individuals and employers ensnared in the massive wave of fraudulent claims for unemployment insurance benefits.

“One letter would go to the victim of unemployment insurance fraud and one to the employer,” said Cher Haavind, deputy director of the CDLE said during a call to discuss unemployment fraud on Wednesday with employers. “We hope to have this new system by next week.”

The CDLE estimates that 1.2 million fraudulent claims for benefits have been filed through the state’s unemployment system, surpassing the just under 1 million valid claims filed since March 2020. Before the pandemic, the state dealt with fewer than 100 fraudulent claims a year.

Individuals filing a fraud report usually don’t hear back from the CDLE. One purpose of the letters is to provide confirmation. Another even more important goal is to provide an official confirmation that the filer was a victim of identity fraud, a document that can then be used in dealing with credit agencies, creditors, banks and others.

“The letter that CDLE is going to send out is really important for individuals to have,” said Colorado Deputy Attorney General for Consumer Affairs Steve Kaufmann. “That will allow them to manage the situation more effectively.”

Last summer, early victims of unemployment fraud were advised to file a police report and obtain a letter stating they had suffered identity theft. But the crime wave, driven by organized rings, is so rampant that local law enforcement can’t investigate, much less process, the cases, Kaufmann said. The advice now is don’t file a police report.

Instead, victims should report unemployment insurance fraud on a dedicated CDLE web page, which has separate forms for individuals and for employers. Employers who receive a request for benefits they consider suspect are urged to contact employees to find out if they actually filed. If the claim isn’t legitimate, they are urged to file a fraud report and the employee should file one as well.

Kaufmann said individual victims should report the fraud to the three credit bureaus and put a freeze on their accounts to stop credit lines from being opened in their names. They should also file their tax returns as soon as possible to keep fraudsters from swooping in and claiming a tax refund in their names.

“Be vigilant in dealing with this,” he said.

Also, absent a fraud report filed with CDLE, the state doesn’t know how to reach someone who has had his or her identity stolen and used to file a claim.

The CDLE is also trying to shut down automated processes that can make people feel victimized twice. For example, victims of identity theft may be asked via a form letter to repay payments made in their names that land in a scammer’s bank account. Employers are also receiving notices that they have lost the right to protest fake claims, even though they filed a fraud report, leaving them worried about having to pay higher premiums for unemployment insurance.

The fraud is so widespread that even the CDLE is receiving requests for unemployment benefits made in the name of its own very employed staff. Increasingly, employers are receiving claims against their accounts in the names of people they’ve never heard of.

Borrowing a sports analogy, scammers are trying to flood the zone, by inundating small-business owners with so many fabricated claims that they throw their hands up and stop reporting the fraud.

Because those individuals never worked for the employers in question and there is no record of them receiving wages, they won’t receive benefits under the state program. But by showing a lack of wages, they can switch over to the federal Pandemic Unemployment Assistance program, which is much easier to defraud because income is self-reported.