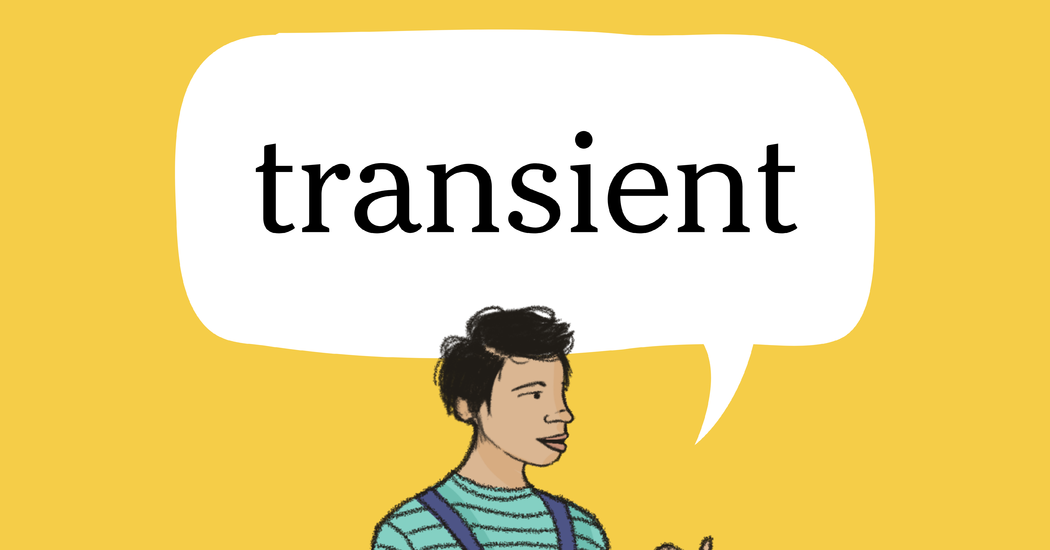 noun: one who stays for only a short time

noun: (physics) a short-lived oscillation in a system caused by a sudden change of voltage or current or load

The word transient has appeared in 91 articles on NYTimes.com in the past year, including on Dec. 11 in “The New Influencer Capital of America” by Taylor Lorenz:

What the creators in Valid Crib and Collab Crib want is to fundamentally change the system and show that mainstream success can be found outside the L.A. bubble.

“We’re starting a wave that isn’t there for people that look like us,” said Mr. Dorsey. “We could have easily moved to L.A., but we wanted to trailblaze something new. Everyone in L.A. is trying to fight to get a seat at the table, while we’re in Atlanta building our own table.”

… But these next few months will be pivotal. Hype is transient on the internet, and without the right press or the amplification that comes with big brand partnerships, some houses fizzle. Creators are acutely aware of the fleeting nature of online success, and those in Atlanta plan to churn out more and more content in coming weeks.

Can you correctly use the word transient in a sentence?

If you want a better idea of how transient can be used in a sentence, read these usage examples on Vocabulary.com.

Continual Training: 5 Creative Ways To Extend Onboarding Training Into Every Stage Of The Employment Cycle