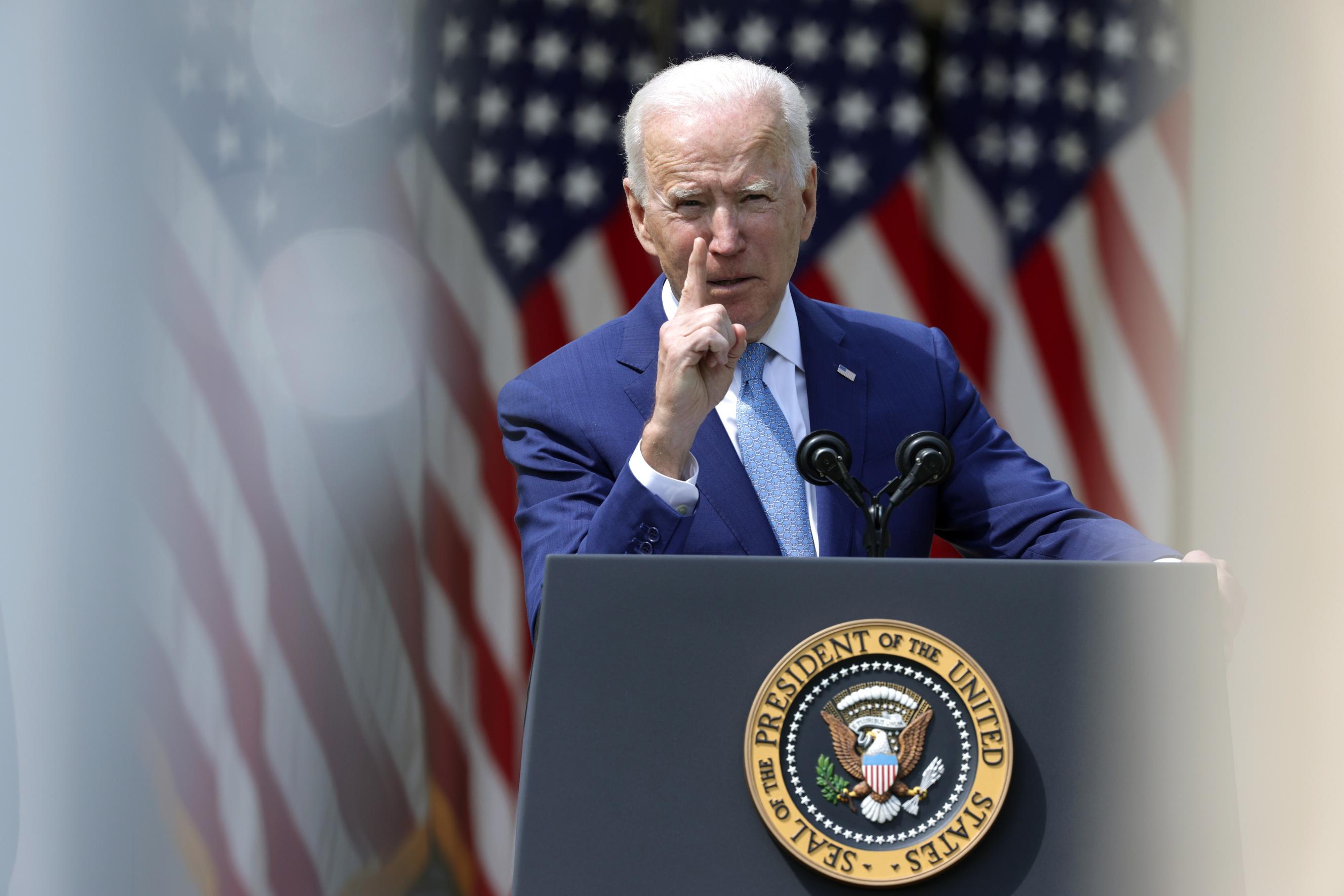 Reactions to President Joe Biden’s new push for gun control have divided Americans across social media. By Thursday afternoon many users took to Twitter and other platforms to express their opinions on the issue. It was seen in a variety of hashtags.

The president on Thursday announced a set of executive actions as well as legislative proposals on gun control. In an address in the Rose Garden, President Biden called gun violence a “public health crisis,” and argued that his administration’s actions would not violate Second Amendment.

“Nothing I’m about to recommend in any way impinges on the Second Amendment,” Biden said. “These are phony arguments suggesting that these are Second Amendment rights at stake from what we’re talking about.”

“We should also ban assault weapons and high-capacity magazines in this country,” Biden added. He also called for the overturning of the Protection of Lawful Commerce in Arms Act (PLCAA), a law that prevents gunmakers from being sued for crimes committed with guns that were legally sold.

The reactions to Biden’s calls were as divided as the nation is politically and perhaps even more so. Many Second Amendment supporters called out the president for being incorrect on some of the points he made. There were more than 26,000 tweets related to the Second Amendment by early Thursday afternoon.

“Joe Biden is either lying, never bought a gun at a gun show, or both,” wrote Mark Meadows (@MarkMeadows), former White House chief of staff for President Donald Trump. He responded to the suggestion by President Biden that “you go to a gun show, you can buy whatever you want – no background check.”

Gun-safety instructor and Free Beacon firearms-policy reporter Stephen Gutowski (@StephenGutowski) added, “Private sales can and do happen at gun shows but so do sales by licensed dealers. It’s an old misleading lie to say gun shows have a special exemption when what you’re actually complaining about are used gun sales on the private market generally.”

Republican Rep. Ken Buck of Colorado (@BuckForColorado) was among those who fired back at this and other policies coming from the Biden administration.

Rep. Buck added, “Joe Biden wants to take away your guns and trample on the 2nd Amendment”

Rep. Mike Rogers (@RepMikeRogersAl) (R-Alabama) was among those defiant in his words, writing, “You aren’t taking the guns of law-abiding citizens or our right to bear arms, Mr. President.”

Rep. Mike Waltz (@michalgwaltz) (R-Florida) was quick and to the point in his statement, “Gun ownership is a civil right.”

Texas Governor Greg Abbott (@GregAbbott_TX) didn’t even wait for Biden to make his speech when he tweeted, “This is what I’m seeking for Texas—a law to defy any new federal gun control laws. It will make Texas a Second Amendment Sanctuary State. Legislation is moving in the Texas House and Senate. I look forward to signing it.”

That tweet from Republican Gov. Abbott had already been retweeted more than 1,800 times and liked nearly 8,300 times by Thursday afternoon.

A number of memes also circulated on Thursday that mocked Biden’s calls for greater gun control.

Many on the left expressed their support for the president’s efforts to push for greater gun control, which was shared with the hashtag #EndGunViolence, but there were also calls for him to take matters even further.

“President Biden just signed an executive order to help protect our communities from the constant threat of gun violence. It’s a good start – but so much more still needs to be done. We need to ban assault weapons and high-capacity magazines NOW,” wrote Rep. Diana DeGette (@RepDianaDeGette) (D-Colo.).

Democratic Rep. Stephanie Murphy (@RepStephMurphy) of Florida was vocal in her support for the president’s actions. “I applaud @POTUS for taking strong action to stop the deadly drumbeat of gun violence in our communities. Now the Senate should pass legislation we’ve already passed in the House to keep the most dangerous weapons out of the hands of the most dangerous people.”

It certainly seems that this move by President Biden isn’t going to be one that will unite the country in the ways that he hoped, and if anything could just further our divide.