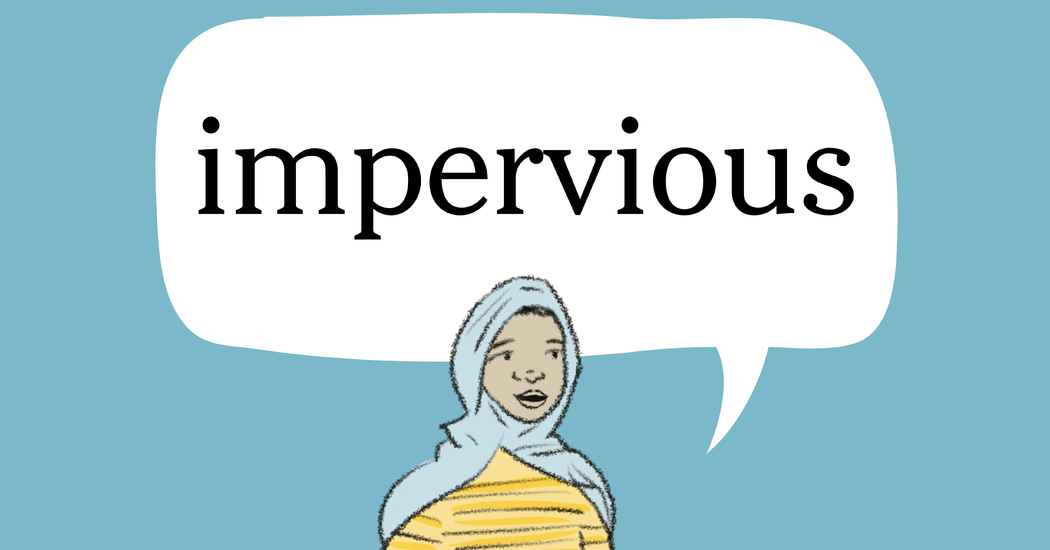 : not admitting entry or passage or capable of being affected

The word impervious has appeared in 123 articles on NYTimes.com in the past year, including on Feb. 18 in “Osaka and Brady, With Powerful Strokes and Zero Pretense, in Australian Open Final” by Karen Crouse:

Osaka, 23, and Brady, 25, have displayed ruthless power in their matches and disarming vulnerability in their news conferences. Their egos don’t appear to be Faberge eggs in need of careful handling, constant caressing and everyone’s adoring gaze.

They don’t pretend that they’re impervious to pressure or act like they are all-knowing. They don’t seem to act at all.

Osaka staved off two match points in a fourth-round three-setter against Garbiñe Muguruza and didn’t panic when she faced a break point while trailing Williams by 0-2 in the first set of their semifinal. She has improved her mental toughness, she said, by talking to her coach, Wim Fissette, and “expressing the nerves that I feel instead of bottling it all up and trying to deal with it by myself.”

Can you correctly use the word impervious in a sentence?

If you want a better idea of how impervious can be used in a sentence, read these usage examples on Vocabulary.com.