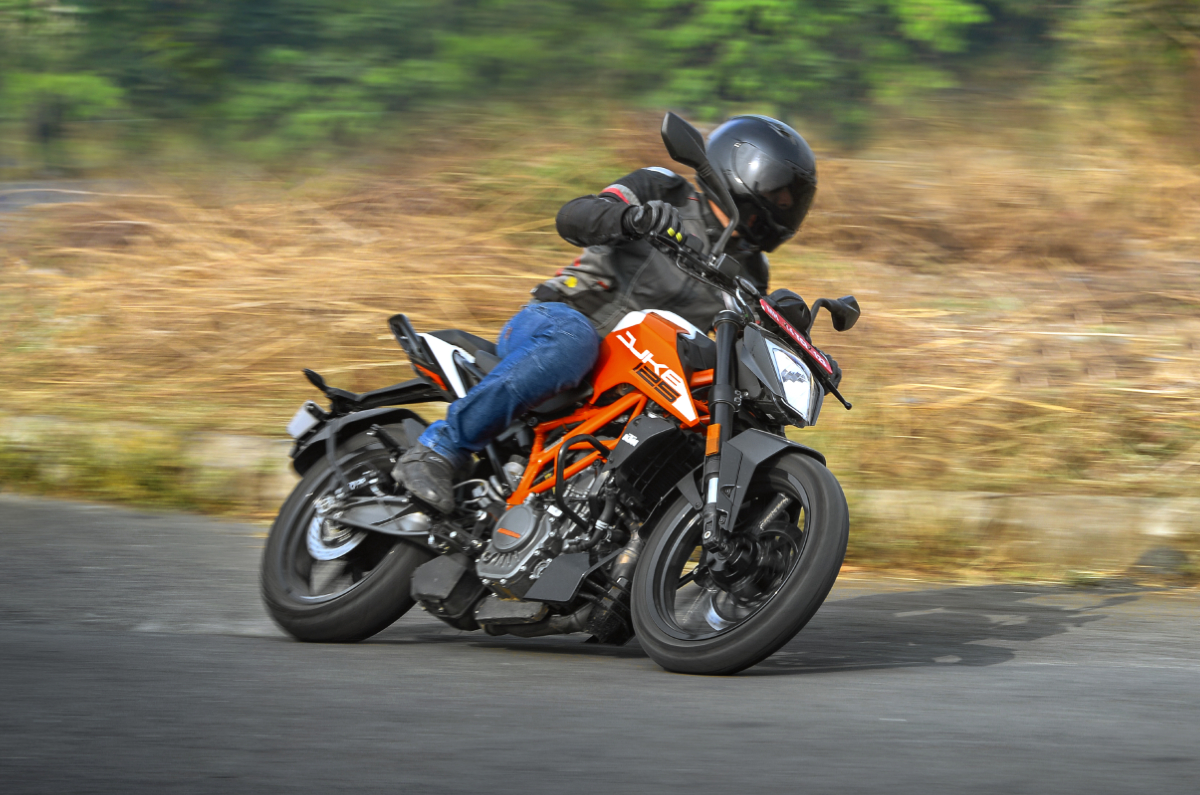 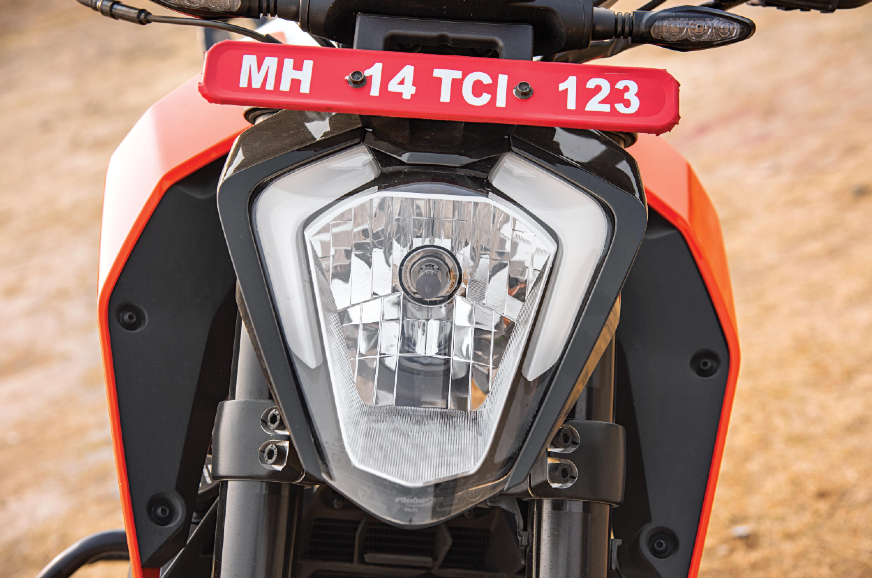 It’s taken KTM a few years, but it has finally gone ahead and unified the styling on its entire Duke range in India. With this update, KTM has done away with the dated first-gen Duke design that made its debut in 2012, and it has now brought the 390’s styling to the 125. However, this revision for the 125 isn’t purely cosmetic, as it has brought about a handful of utilitarian improvements as well. Before we go any further though, KTM has to be given credit for this sharp styling, which debuted on the 390 Duke, as it still looks fresh, even four years after we first saw it.

The pointy tank extensions and rear end contribute to the aggressive overall stance. While the 125 Duke misses out on the split- LED headlight found on higher-capacity Dukes, the halogen unit is in a similar shape. Like with the other Dukes, KTM has gone all the way with the styling update. What this means is that every cosmetic element, including small ones like the radiator shrouds and engine cowl, have undergone a redesign. Another change this update brings is a new fuel tank that’s styled to work with the more aggressive design. 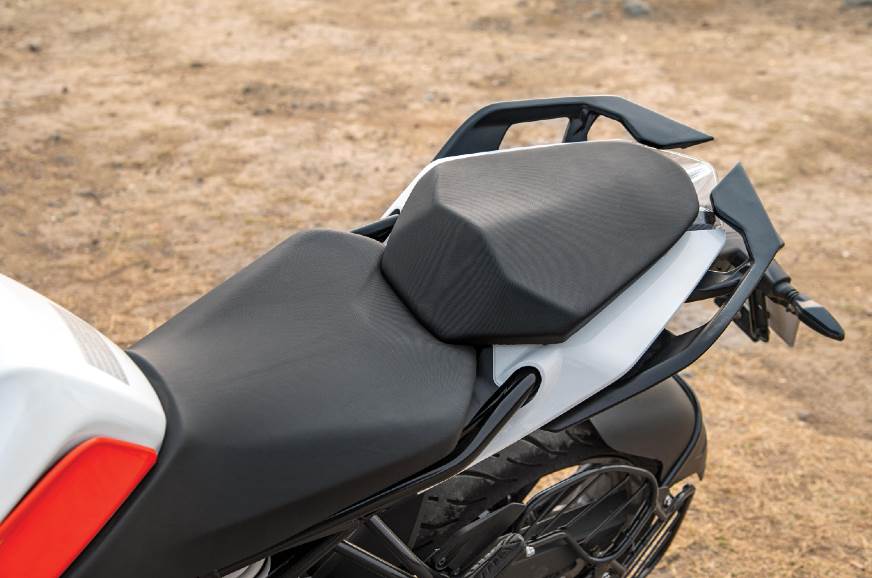 Like the body panels, the tank is also shared with the higher-capacity Dukes, which means it can now hold 2.5 litres of additional fuel, at 13.5 litres. Another big change the new 125 Duke gets is the updated trellis frame that features a bolt-on subframe. This allows for only part of the subframe to be replaced if it gets damaged in an accident, significantly lowering repair costs.

The updated subframe also allows for a more spacious seating setup than before. This is the same setup as the higher-capacity Dukes, and it’s proven to be noticeably more comfortable. While there are a lot more similarities to the 390 Duke, it’s not completely identical. The 125 Duke misses out on adjustable levers and bar-end weights. Like the 200 and 250, the 125 also carries forward the LCD dash. This display misses out on Bluetooth connectivity, but is still quite informative. 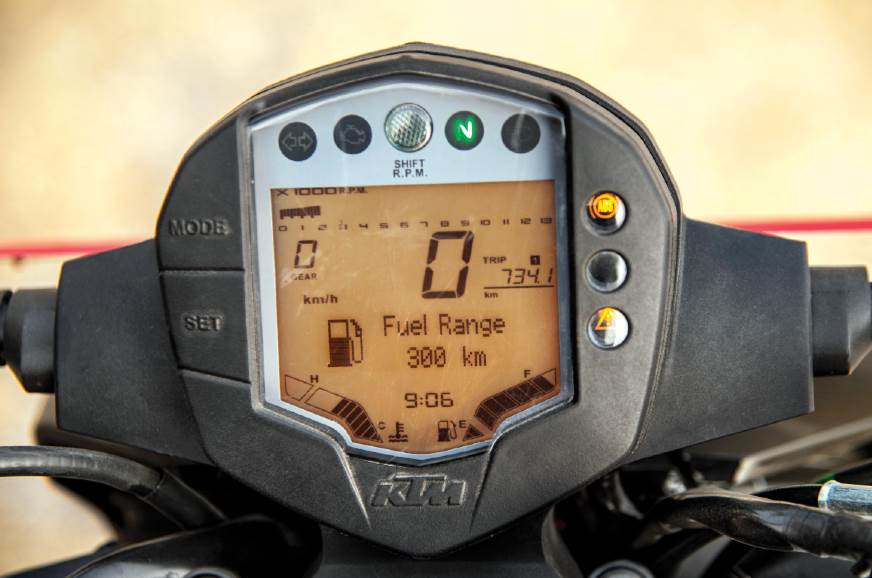 LCD dash is dated but informative.

What also remains the same as before are the power and torque numbers this 124.7cc, liquid-cooled engine makes. Like the BS4 model, this one meets the stricter emission standards while putting out 14.5hp and 12Nm of torque. This might make it the most powerful 125cc bike on sale in the country, but it’s also the heaviest. At 159kg, it weighs a substantial 11kg more than the previous-gen model, reducing the power-to-weight ratio from 97.9hp/ tonne to 91.2hp/tonne.

That has an effect on the performance and, with a 0-100kph time of 21.3sec, the new 125’s acceleration is noticeably slower than the bike it replaces. Despite this, it still feels decently peppy and fun in the city and it’s only when the roads open up that you notice the deficit. The bike energetically revs through each of its six gears, but the speedo climbs significantly slower than the tacho. The little engine on this Duke has to be worked hard and there are times it’ll refuse to build speed without a downshift or two.

As a result, carrying momentum is vital and, luckily, that’s something this chassis is more than qualified to do. Thanks to parts sharing, the 125 Duke also gets the 43mm USD fork and monoshock, 150-section rear tyre, and a 300mm disc brake up front. What this means is that you can quite literally ride the 125 Duke to its limit with absolutely no stress. Like the other Dukes, the suspension is quite firm but not uncomfortable and it offers impressive feedback. The wide MRFs are more than adequate on this motorcycle and are nothing but confidence inspiring. There’s more than enough braking power on tap, and you do get single-channel ABS, but at this price you’d expect a dual-channel system. 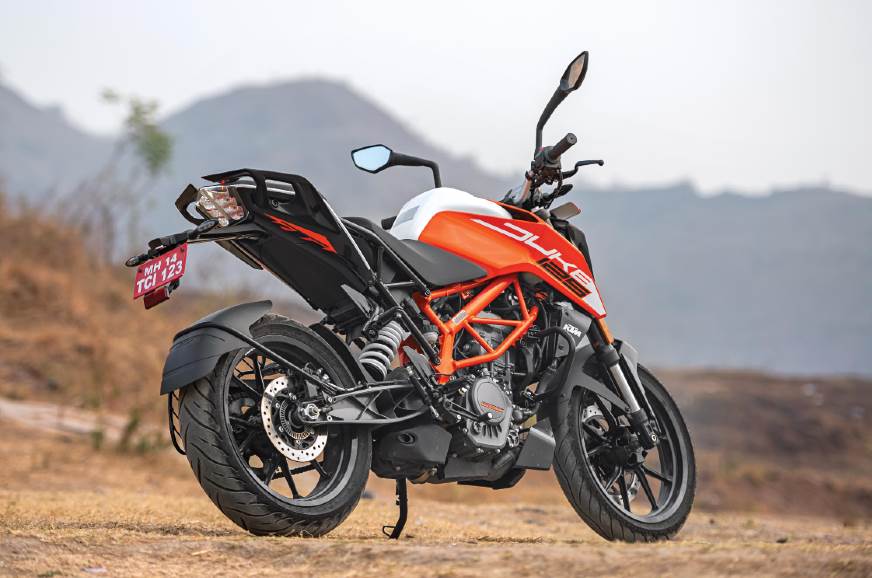 That’s the 2021 KTM 125 Duke for you. It looks much better and is slightly better equipped, but it’s also significantly heavier and more expensive. At Rs 1.50 lakh, it costs around Rs 8,000 more than the previous-gen model. That price hike is justified, given the major changes and switch to BS6. However, the 125 Duke was an expensive motorcycle to begin with and it now costs a fair bit more than the much more powerful 200cc offerings from other brands. However, as sales numbers show, it’s not always value that buyers are after; for someone who simply wants to own a KTM, but has no care for the manic performance associated with the brand, the 125 remains a good choice.