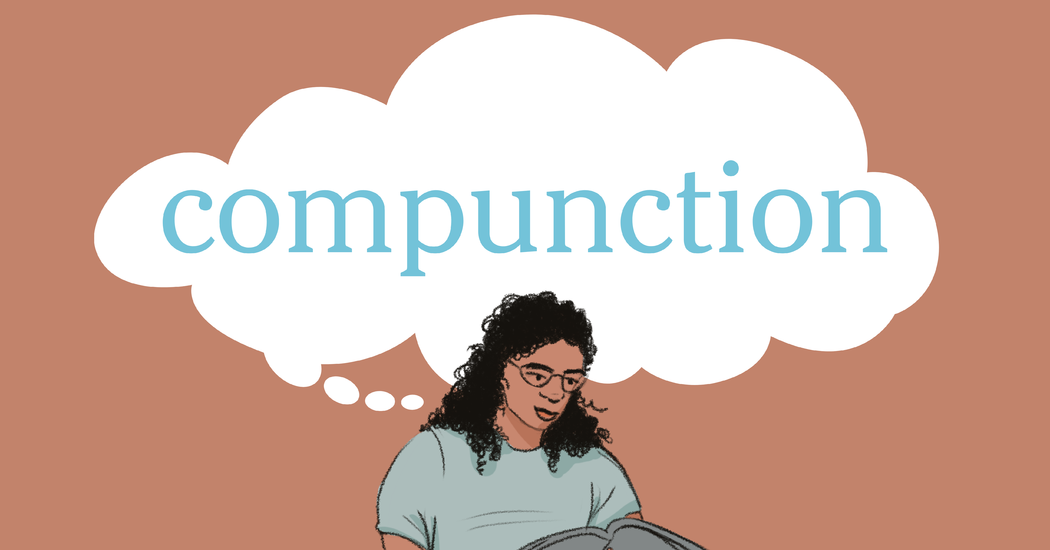 : a feeling of deep regret (usually for some misdeed)

The word compunction has appeared in 14 articles on NYTimes.com in the past year, including on May 1 in “Will New N.C.A.A. Rules Really Keep Agents and Boosters at Bay?” by Billy Witz:

Of course, there can only be so much sunshine when there are restrictions — or guardrails — in place. In professional sports, the money changes hands above the table. In college, it has simply been handed under the table. When athletes reach the N.F.L. and the N.B.A., the hypocrisy of college sports becomes far clearer to many of them.

That is why Odell Beckham Jr., the star N.F.L. receiver, felt no compunction about handing wads of cash to Louisiana State players on the field after his alma mater won the national football championship in January.

Can you correctly use the word compunction in a sentence?

If you want a better idea of how compunction can be used in a sentence, read these usage examples on Vocabulary.com.