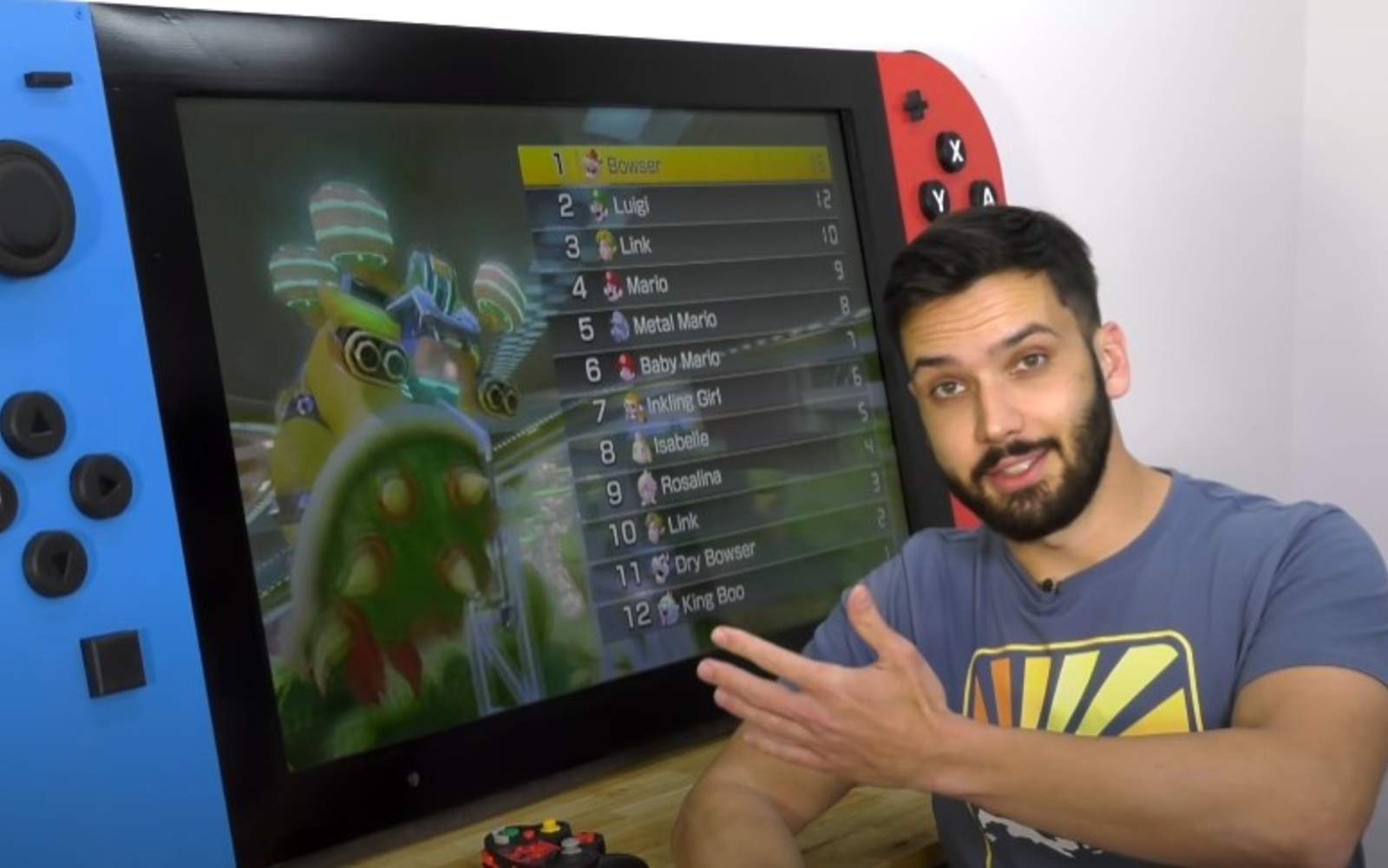 The Nintendo Switch is already a sizeable system, but a YouTuber by the name of Michael Pick decided to make it even bigger (via Polygon). The result is a device that is 650 percent larger than Nintendo’s portable hybrid. Pick claims it’s the world’s largest fully functioning Nintendo Switch. And we believe him. It comes in at 30 inches tall and 70 inches wide, making it impossible to touch two buttons on opposite sides of one another without stretching out as far as you can. Oh, and the entire thing weighs 65 pounds.

The device you see is essentially a shell for a 4K LED TV and the system itself. The 3D-printed buttons and joysticks on the front connect to separate Joy–cons through a series of servos. When you press one of the buttons on the Switch’s face, it activates the corresponding input on the relevant Joy-con. The beauty of the design is that Pick didn’t need to open up the controllers to make everything work. What’s more, it’s possible to remove the 3D-printed mounts that hold them in place, so there wasn’t a need to sacrifice any Switch components.

At this point, you’re probably asking yourself why Pick went out his way to transform a portable system like the Nintendo Switch into something so impractical. I mean, look at him try to play Mario Kart 8 Deluxe. To open the video, Picks says his goal was to create a Switch that was “harder to lose,” but he ends the clip by donating his creation to St. Jude’s Children’s Hospital. I don’t know about you, but the kid in me loves this idea and it’s easy to imagine it bringing a lot of joy and happiness to someone when they need it the most.