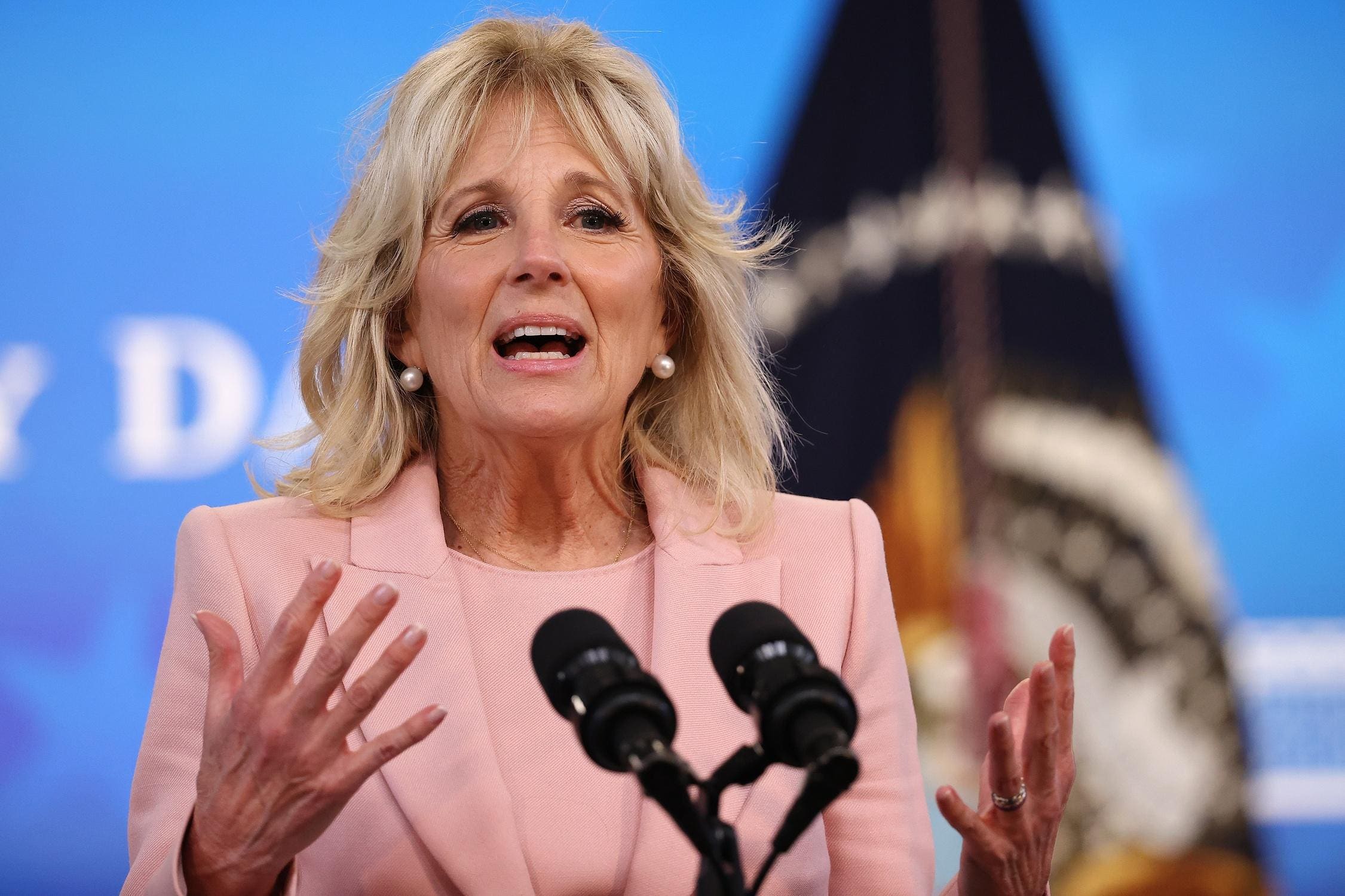 Many were critical of the wardrobe choice.

Podcaster Wayne Dupree (@WayneDupreeShow) was among those who didn’t find the look appropriate for the First Lady of the United States (FLOTUS), and he wrote, “Madonna called and wants her trashy look back, Doc.”

Others seemed to like the look, and shared those sentiments on the social platforms.

Multiple users also called out the whole controversy and pointed out that Dr. Biden wasn’t even wearing fishnets anyway, but rather was donning lace stockings. Lessons were even offered on the differences between the two.

“Image 1 is fishnet stockings. Image 2 is D&G black lace stockings. Do you all get it now?,” posted @sisler_marie along with images comparing the two.

Dr. Biden is now very much in the spotlight as the first lady, but the fact is that the same can’t be said for former First Lady Melania Trump, who largely kept a low profile during her time as First Lady. Yet, like clockwork just as the “FishnetGate” began to trend on social media, Mrs. Trump was pulled into the debate despite the fact that she had no part in any of this.

Should The First Lady Be Fair Game?

There were times in our history when the president’s family, including the First Lady, weren’t considered fair game but with social media those old rules have clearly gone out the window.

“That’s the simple truth. Everyone has an opinion, sometimes even two on every topic,” Entner added. “The phenomenon is just that now everyone can read it rather than just your neighbors or your spouse. Some people like to pick on others especially when they know nobody is returning the favor. It’s the price we pay for freedom of speech. The best thing is not to feed the trolls. They are just looking for attention.”

But there is also the issue of why the former first lady is dragged into this anytime there are any negative comments made about Jill Biden. Clearly this is a case of people sticking to their particular political lanes, yet it seems fascinating that on the social platforms the quick go-to is to make the “other guy” look worse as a form of defense.

“The Internet as a megaphone for indignation has been around since people started spending time online,” explained Charles King, principal analyst at Pund-IT.

“The larger audiences of social media have raised the volume without adding clarity,” said King.

It is unlikely that the needle is being moved by such commentary on social media. Those who are Trump supporters will call out the Bidens, just as Biden supporters will continue to target the past administration.

“The latest example is predictable in both the voices being raised and their inability to perceive irony,” said King. “After all, many of those claiming outrage over Biden’s fishnets were likely blasé about Melania Trump’s past history of nude modeling. The same dynamic applies to both sides and also has the same result. Over time, feigned melodrama loses its ability to affect anyone beyond a limited, shrinking group of true believers.”