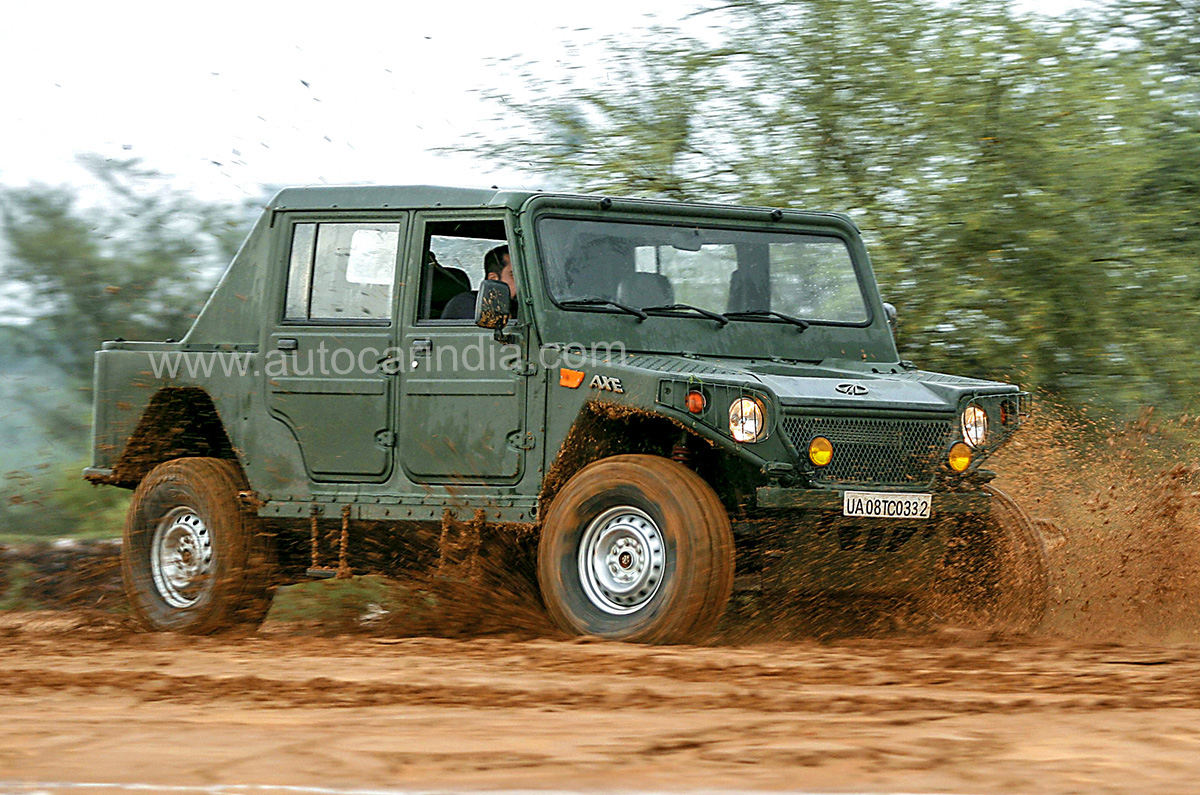 This road test was originally published in the September 2007 issue of Autcar India.

Why don’t you try this one,” he says, egging us on gently. We glance over our shoulders to a steep climb that leads to a sort of ledge 10 feet above the dust path below. Obviously, we’ve misunderstood.

We look back at him, but he smiles, nods and gesticulates in the same direction, pointing to the top. Surely this ex-army man and tank commander has taken leave of his senses; probably the effect of all those high-velocity tank shells being fired only inches away from his head. All that pounding must have left a deep scar, because the only way we can get up that slope ourselves is on all fours! Still, he looks confident. Some head-scratching, soul-searching and dry gulps later, we gingerly point the Axe in the direction of the ridge.

There’s no fear of grounding the nose, as the angle of attack at the front is an almost wall-climbing 70 degrees and ground clearance is a lofty 350mm. 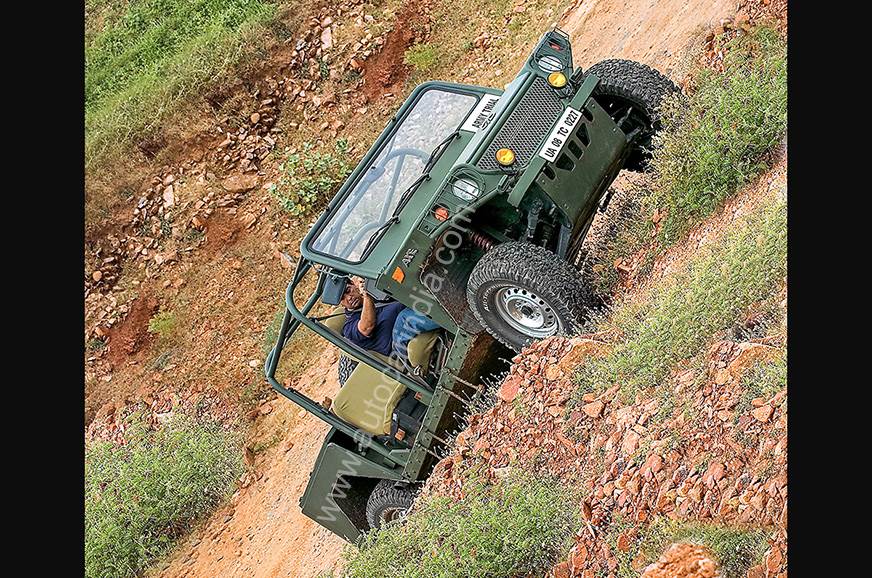 So we select four-wheel-drive low and power up the pile of rocks and shale, as the nose of the Axe points skywards, the motor rumbling and booming away. The Axe’s massive off-road tyres claw the earth and it edges forward. .  . but then stops. By now the angle of our ascent here is so steep, our weight is equally distributed between the backrest and the seat, and there’s nothing to see ahead, only sky!

“Use more power and more speed the next time,” yells our acting drill sergeant and this time the Axe does make it, like a big lizard clambering, scrambling up a rock face. This is an off-roader, sure, but no one said anything about rock climbing. Impressed? We were stunned! And this was only the beginning. Only one facet of this vehicle’s massive performance envelope.

In the past, Autocar India has tested our Indian-made Main Battle Tank, the Arjun and Hindustan Aeronautics’ Advanced Light Helicopter. This time we have something more terrestrial and familiar, but equally Indian. And don’t think this vehicle is any less exotic or beguiling in comparison. It may look like a cross between a taxi driver’s worst nightmare and the familiar American Humvee, and that’s what it is, but underneath its rough exterior is enough high-tech to make a Bentley blush.