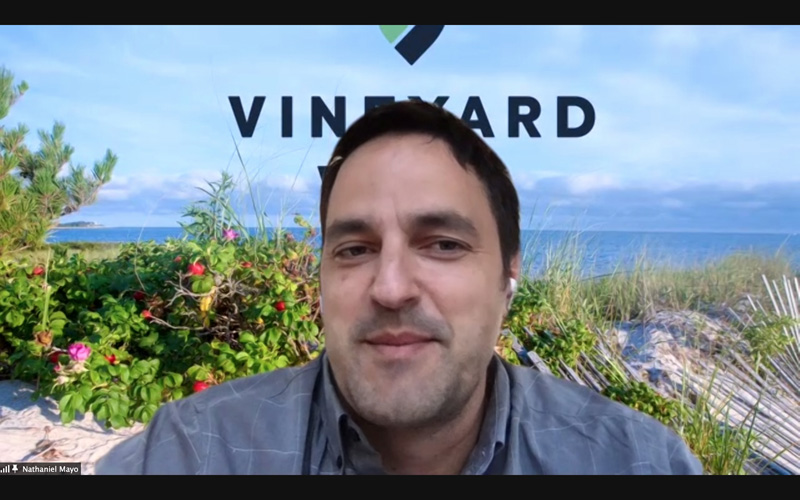 At a Friday morning project presentation hosted by the Cape Cod Technical Council, a Vineyard Wind executive downplayed the prospect vessel insurers will prohibit their policy holders from passage through the Vineyard Wind 1 offshore wind farm.

“With one nautical mile separation, is that a concern that’s going to make insurers wary?” he asked. “I would put that against the context of the active fishing that has occurred in Europe around European offshore wind facilities … I’m not a marine insurer … and I know there’s been a lot of discussion about this but stepping back it seems unlikely.”

However, Annie Hawkins, executive director of the Responsible Offshore Development Alliance (RODA), a coalition representing fishermen, recently told The Times she felt it was an unknown if insurers would allow vessels to travel inside Vineyard Wind 1 or the farms that will come after that project

At the Friday meeting, Mayo pointed out fishing input into the offshore lease areas has been ongoing since 2009.

He noted that originally a much larger lease area was under consideration. Scallops and sea duck habitat were among the factors that reduced the lease area size “before the developer even entered the room.”

In 2017, he said Vineyard Wind 1 had a larger envelope as it consisted of “upwards” of 106 turbines. That shrank to 84 turbines and then 62 turbines, he said.

And discussion with fishermen and regulators helped Vineyard Wind and other developers arrive at  “one by one nautical mile east-west spacing” which he described as a “majorly significant” outcome.

“As far as the fundamentals of design,” Mayo said, “fishing interests have had more input in terms of development of Vineyard Wind 1 and sort of the trajectory of this industry, than nearly any other stakeholder.”

He said going forward there will be a shared marine environment.

“There will be use and there will be conflicts but we’ve worked hard to mitigate those,” he said.

He pointed out Vineyard Wind has given tens of millions of dollars toward research dedicated to environmental mitigation efforts.

On another note, Dana Rebiero, Massachusetts community liaison for Vineyard Wind, highlighted the job creation expected for New Bedford. New Bedford will be the staging area for the construction of Vineyard Wind 1.

“They’re going to have a whole new industry to work in,” Rebiero said. “This is reinvigorating what they do.’

Asked what the total cost of the project will be, Mayo said he couldn’t provide a specific figure himself but based on conjecture from industry waters the cost the figure was “in the realm of $2.5 billion” or as he put it, “what people typically are citing as the cost for a project of this size.”