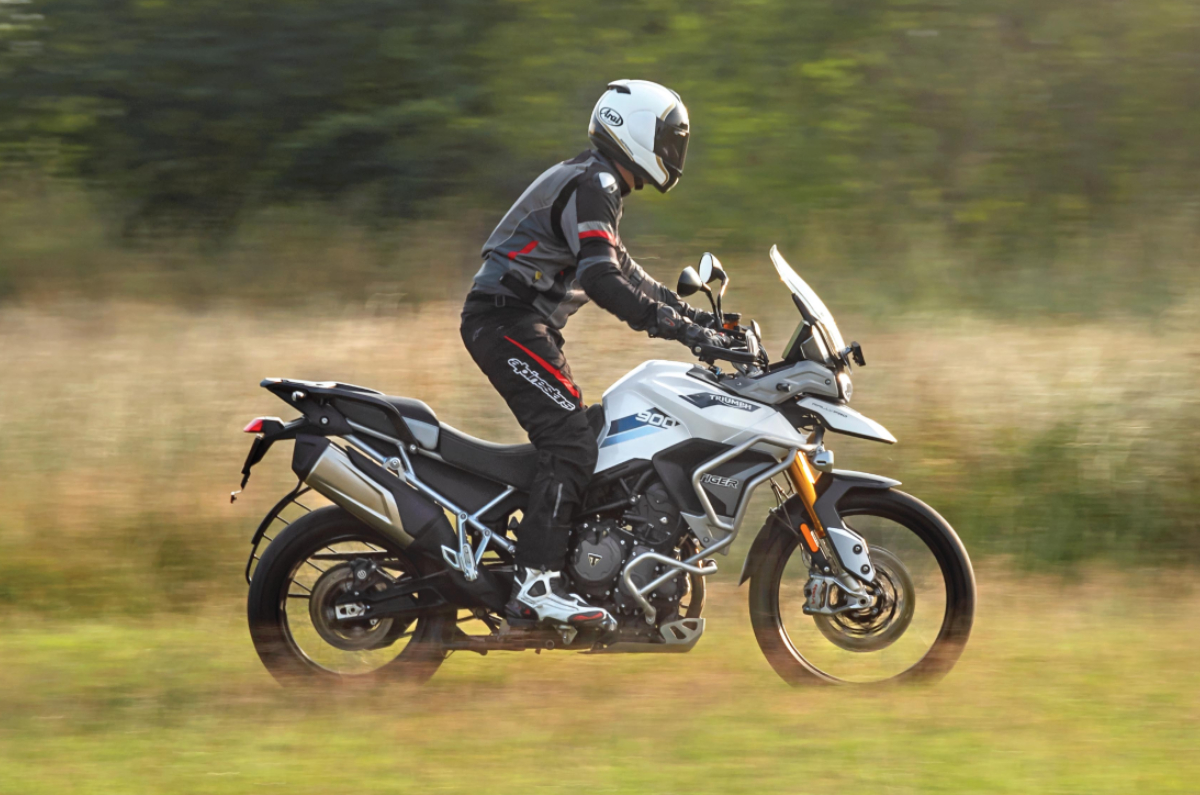 This isn’t the first time the Tiger 900 has made it to this website and that’s because there are three of them available in India. We first rode the road-biased GT and then sampled the adventure-oriented Rally. This time around, it’s the Rally Pro’s turn. As its name might suggest, it’s the most expensive of the lot and is specced-out for those who have serious off-roading intentions.

Like the Rally, this one gets a 21-inch front wheel and loads of suspension travel – 240mm at the front and 230mm at the rear. The wheels are the same side-laced spoked ones that support tubeless tyres. As for the suspension components, they too are the same fully-adjustable Showa units at both ends. What this means is that the Pro also has the suspension compliance that we really liked on the Rally, and it’ll take on almost everything you can throw at it.

It’s not just on broken surfaces that the chassis impresses. This time around, I had the rare opportunity to ride it on a racetrack and was left pleasantly surprised with how well it managed. Despite being the heaviest Tiger variant, with a dry weight 201kg, the bike chops speed surprisingly well, thanks to the Brembo Stylema brakes. Aiding its ability on the tarmac are also the street-focused Bridgestone Battlax Adventure A41 tyres. That being said, while these tyres are impressive on tarmac, the Rally Pro could do with ones more suited to the application as standard. 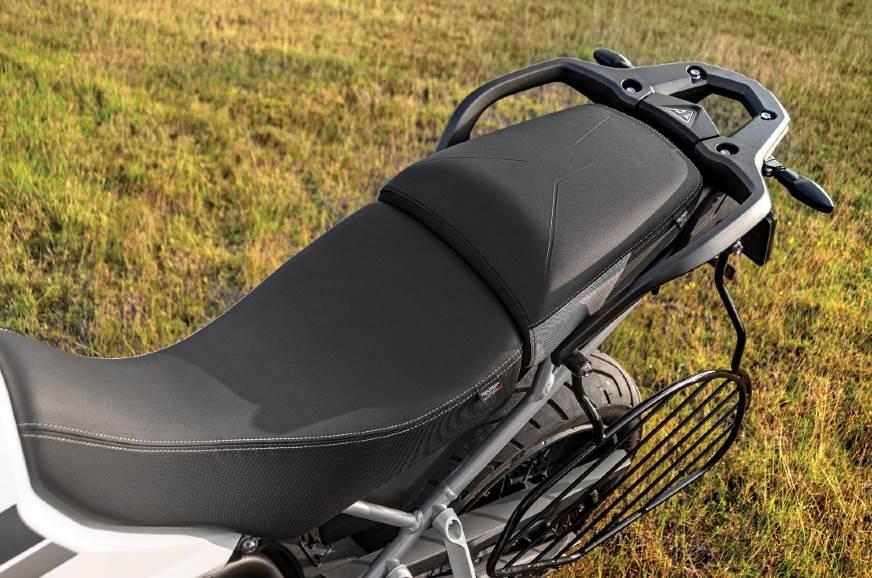 Rider and pillion seats are heated.

The optional Pirelli Scorpion Rally are the tyres we’d recommend, especially if you intend to regularly use the Off-Road Pro riding mode that is unique to the Pro model. This mode disables ABS and traction control for an unadulterated experience in the dirt. The Rally Pro also has a programmable Rider mode to setup things to your liking.

Along with the two additional riding modes, the Pro also gets you a bidirectional quickshifter, tyre pressure monitoring and smartphone connectivity. While the quickshifter isn’t the smoothest system out there, it’s incredibly handy. Not only does it come of use on the road, but it also allows you to have a more secure grip on the handlebar in tricky off-road situations. As for the smartphone connectivity function, it enables phone call and music operation, as well as navigation. Additionally, the Rally Pro gets engine crash bars, an aluminium sump guard, a centre stand, heated seats and LED fog lights. 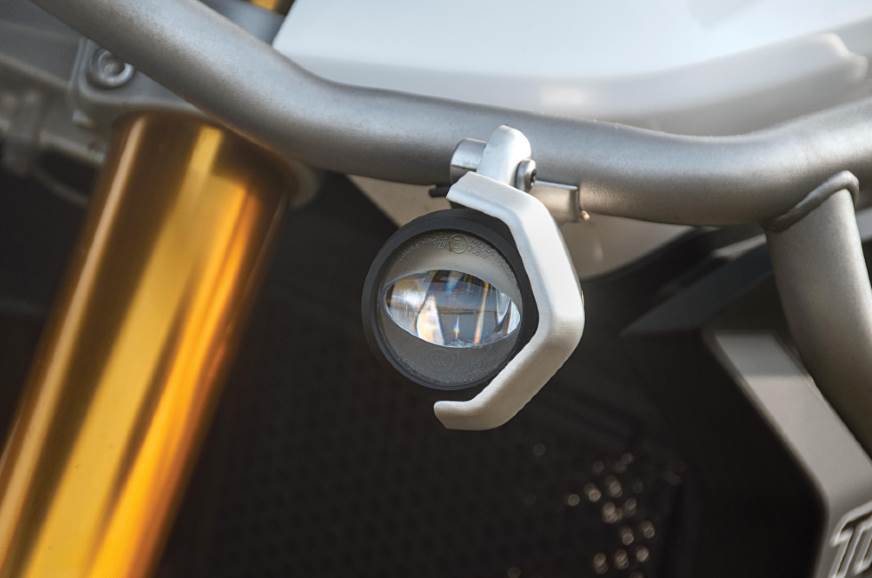 Everything else remains the same and this includes the 888cc, inline-three-cylinder engine with its new firing order that delivers a stronger bottom end. However, the engine isn’t perfect and there are evident vibrations at speeds above 110kph. That said, it’s nowhere near a deal-breaker and the Tiger 900 Rally Pro is a big ADV package that’s hard to beat.

Triumph has priced the Rally Pro at Rs 15.50 lakh, which is a premium of Rs 1.15 lakh over the Rally. The pricing is justified, as individually speccing the additional components and features as accessories would have cost far more.